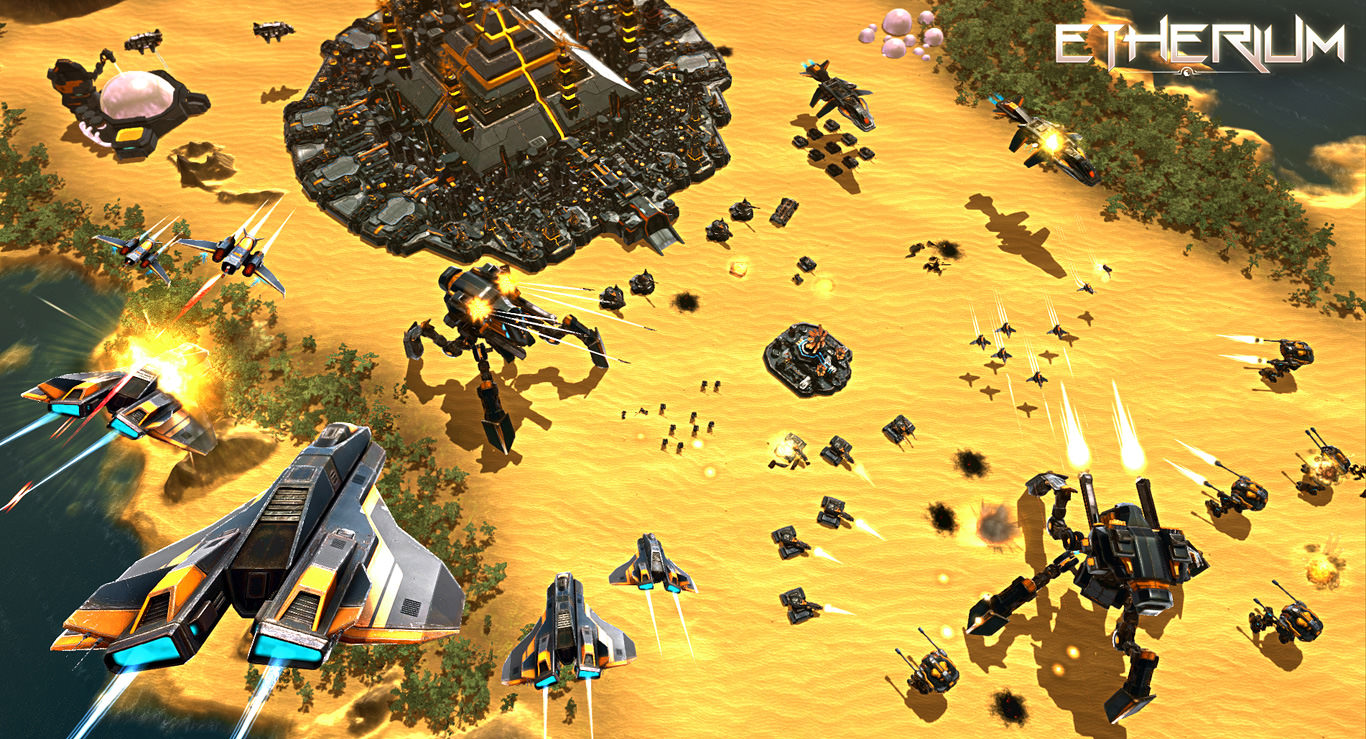 Publisher Focus Interactive has just revealed the first video for the upcoming sci-fi strategy game Etherium, offering an overall impression of the visual direction the team is going for.

The trailer shows the first colony of the Consortium, one of three playable in-game factions, landing on the etherium-rich desert planet Serenade, and the Consortium forces taking defensive measures in preparation for the battle with the Council and the Galaad, the game’s other two factions.

The three empires are locked in fierce war over the control of the mysterious and very rare resource called etherium. Each faction will have its own perks and disadvantages, with special skills ranging from climate control to espionage and precognition.

The game will feature a non-linear campaign where players dynamically decide where to expand next. Etherium will also feature a unique dynamic weather system that will have a direct influence on how players formulate their strategies, using sandstorms to approach enemy bases undetected or crossing a freezing river in order to deploy a surprise attack.

Etherium’s 7 planets will each have their own diverse environments, ranging from an arid desert to an island world and swamps that impede movement.

Players will have to carefully manage their resources, expand their colonies and control of the map, and assemble strong armies that will crush their opponents.

Armies will comprise diverse units, from infantry and tanks to aircraft and giant colossi of war, and player will navigate a technology tree that will grant them access to new means of destruction, better units and upgrades as well as new structures and special skills.

Etherium is currently scheduled for release during the spring of 2014.

Apple’s new AirPods 3 with Spatial Audio down to second

Forget the hype. Invest in technology that makes sense