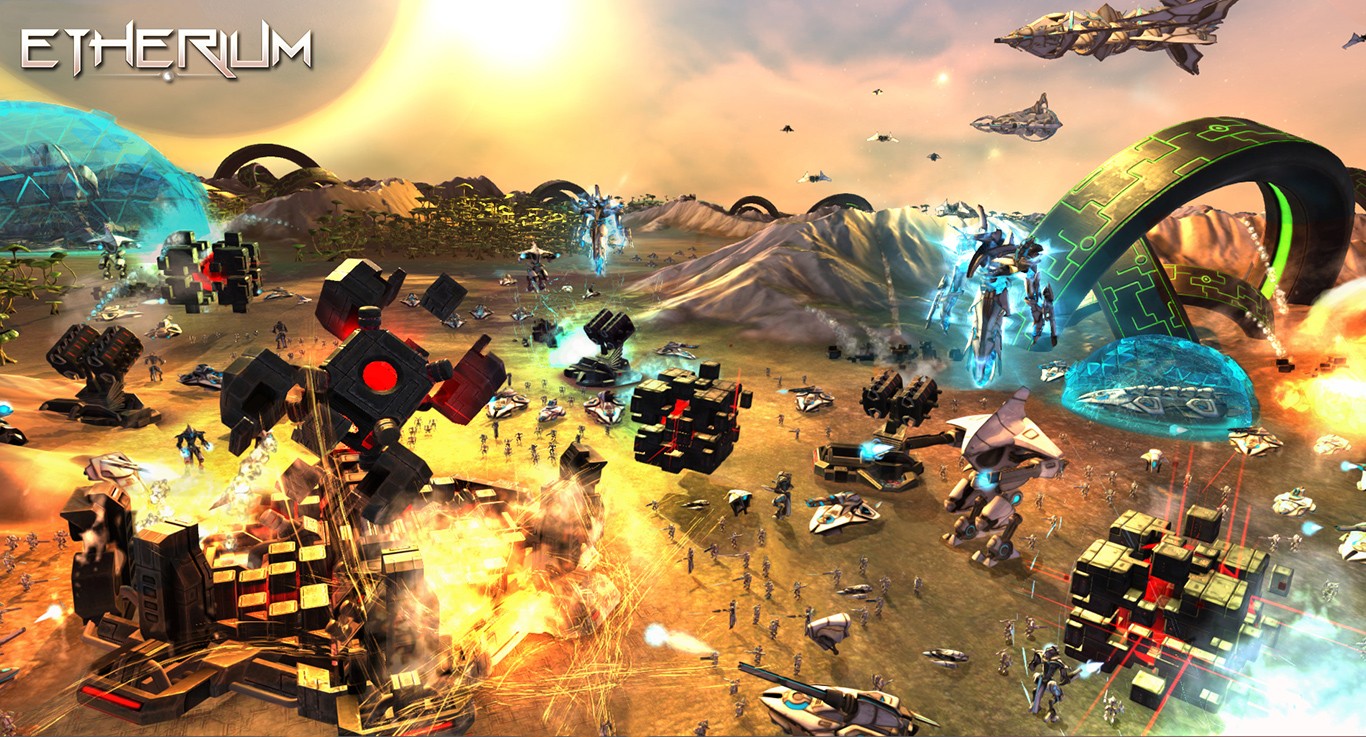 Etherium, the science-fiction real-time strategy title being developed by Tindalos Interactive, introduces its non-playable character factions and campaign today through a series of in-game screenshots.

The futuristic strategy game takes places in a distant future, where you have to roam the galaxy searching for a valuable resource, Etherium.

You have to colonize new and varied planets, and in order to achieve this, you must evolve your armies through research, discovering new technologies and improving existing ones, exploiting the vicious climate changes that affect gameplay, and upgrading your colony in order to successfully carry out your stratagem.

During the course of the campaign, traveling through the vast reaches of space, you will encounter a number of mysterious factions, also looking to discovered new caches of the elusive Etherium.

In the game, there are three major factions looking to get their hands on the mysterious resource, as well as a number of sub-factions who you must rally to your cause.

The game challenges players not only to defeat their opponents, but also the fury of the elements. On Arctis for instance, the snow-covered ice planet, players must face the treacherous snow storms that reduce the range of all units and have the potential to ground aerial forces.

On Pilo, players must channel their armadas through winding volcanic valleys, lest they want to lose their forces to the molten lava.

Resurgence, on the other hand, the lush jungle planet, affords plenty of opportunities to ambush your opponents from the massive forests that cover its surface.

The game will feature three non-linear campaigns that feature an unprecedented level of dynamism, with players choosing what technology they purse and which planet they will navigate toward next, with the ultimate goal being to remove the two major enemy factions from the galaxy in order to gain complete control over Etherium.

The latest batch of screenshots from Tindalos Interactive offers a sneak peak at some of the factions in the game.

The hulking Guardians, an ethereal force able to regenerate itself, is shown battling the Intar, then there’s a scene where a post-apocalyptic band of Raiders engage the Vectides, on the molten planet of Pilo, and lastly, the Consortium is shown facing off against the Parasites, an organic alien race that fights in swarms.

Etherium is developed exclusively for the PC platform, and is currently scheduled for release during Q3 2014. If you want to learn more about the game, its factions and gameplay systems, you can head over to its official website.

Technology and Data Security: Is Your Firm Ready? | Legaltech News

Asus Introduces its Android 12 Update Schedule for Zenfone and ROG Phone Series: Here’s What You Need to

Slowing the clock on produce to reduce food waste