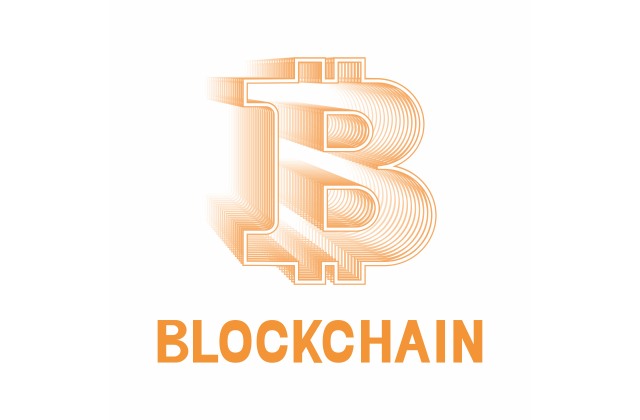 With so much expectation placed on the impact of Blockchain technology, which platform is going to help the industry deliver on those expectations?

If you find that question surprising it is because you’ve only ever heard of Bitcoin when it comes to Blockchain technology, then you won’t be alone.

Bitcoin, however, is just the best-known of many Blockchain technologies — and there are many more. Specialist venture capital fund Outlier Ventures estimated earlier this year that there would be 1,000 Blockchain start-up companies using different technologies by the end of July 2016. Outlier also predicts that 70 percent of those start-up companies would fail within a few years.

Blockchain technology can be used for so much more than just creating virtual currencies like Bitcoin. Arguably, the media obsession with Bitcoin, and the mystery surrounding its founder, who goes by the name of Satoshi Nakamoto and whose real identity is currently unknown, has obscured the very real benefits offered by Blockchain outside the currency field.

Harnessed to its full potential, Blockchain will bring levels of data authenticity, privacy and control to data protection that we have not seen before and at costs that are dramatically lower than traditional systems — well within the budget of the smallest company and even individuals.

Today’s digital world contains a huge number of assets whose originality and ownership are difficult and costly to define and track. Blockchain can solve this problem by providing global authenticity and security for data and transactions of any kind, reducing the cost and complexity of centralized systems, while making data “tamper-proof”.

With Blockchain, data and transactions can only be updated if all of the participants involved in creating and using it agree; and when new data is entered, it can never be erased.

Examples of data that can be protected from tampering using Blockchain include property and medical records, stock transfers, chain-of-evidence for court documents, police video or security camera footage, long-term archiving that could be subject to IT audits, and “consortium” data storage, where multiple individuals or entities can securely store and exchange massive amounts of data and information.

It is already being used to uniquely identify diamonds, for example, to reassure buyers that they are not stolen or illegally sourced “blood diamonds”, while major financial exchanges are developing Blockchain-based systems to underpin new share trading platforms.

For me, Ethereum stands out amongst the current crop of Blockchain technologies as being the best hope we have of developing a platform that can actually deliver on the high expectations that people have set for Blockchain.

Leaving aside Bitcoin, which has major restrictions, not the least of which is its scalability (presently, there is a maximum of 21 million Bitcoins that can ever be created), in many terms Ethereum is already the biggest Blockchain platform, and the best-known and best developed.

There are two key factors currently that make it stand out.

Firstly, Bitcoin’s functionality is limited; you can build much more sophisticated applications using the Blockchain technology which Ethereum uses. Secondly, in term of existing public Blockchain applications, Ethereum is unquestionably number one.

If you were looking purely at private/business Blockchain applications, then I agree that perhaps you might consider using Hyperledger. It has enhanced functionality and architecture and is supported by big companies like IBM, which means it has good distribution and the ability to persuade clients to use its solutions.

However, I doubt that IBM is ever going to build a really good solution for public Blockchains, mostly because doing so just isn’t relevant to its core business objectives.

So, taking into account these factors, Ethereum is the most developed existing platform for creating big public Blockchains. I really don’t see any competitors that can beat them and I don’t believe we’re likely to see any in the near future.

According to its co-creator, Canadian maths prodigy, coder and crypto-currency researcher Vitalik Buterin, Ethereum was created because the architecture of the Bitcoin Blockchain was too rigid. He saw a lot of applications trying to use Blockchain, but having to build another layer of coding on top of Bitcoin’s to make it do what they needed it to.

This was not only very inconvenient, but it also made it extremely difficult to create different Blockchain-based applications that could work together well.

For me, what makes Ethereum stand out is its flexibility, which allows you to build a lot of different applications using it. On top of this, it has a pretty good team — including dozens of coders — supporting the project. They are putting a lot of investment into building out the platform and moving it forward.

For me this says that if they face any structural problems they will find a way to work it out, which is essential for creating a long-lasting and leading product.

The Ethereum technology also proved its worth in June 2016 when The DAO, which was effectively a crowd-funding platform based around Ethereum, was hacked and around $50 million worth of “Ether” (Ethereum’s virtual currency) was stolen. The solution was to restore the system to before the hack, using the Ethereum technology to establish the pre-event situation. As a result, what was stolen became worthless…

Ethereum doesn’t offer an absolute anti-hack guarantee — at least, not yet. A lot of work is going on right at the moment to address vulnerabilities in the Ethereum-based technology being developed to deliver Smart Contracts, for example.

Put simply, Smart Contracts are protocols or platforms which use Blockchain technology to allow two or more parties (people, companies, NGOs, governments or whatever) to effectively automate the creation and ongoing evolution of agreements or contracts in such a way that everyone involved can be sure that what was recorded as said, agreed or done cannot be changed, accidentally or deliberately, without all parties being aware.

But that’s just the start: The Holy Grail for Smart Contracts would be being able to create protocols or platforms that allow, for example, transactions to be made without human involvement. So, for example, if a mutually agreed set of events takes place, such as the delivery of the right products to the right place by an agreed time, then payment is made, with both “transactions” verified by the platform and payment then being triggered.

The biggest challenge facing Blockchain right now is how to create Smart Contracts which cannot be exploited by hackers. One of the hardest issues to solve is human error — usually in good software you will have between 10 and 20 errors per 1,000 lines of code. It’s a fact of life: people make mistakes.

Smart Contracts are so much more complex that error rates are likely to be far higher – which is why so much effort is being expended right now on building some sort of verification system for the code that’s going to underpin them.

I was at a DEF CON hacking conference [in Shanghai] recently and there were several presentations concerning the problem, which shows how important people think it is right now.

I believe that we will see something interesting in the way of a solution to the Smart Contract problem within the next 12 months — and I am sure that Ethereum will be at the center of any such solution.

Victor Lysenko is VP of Blockchain Technologies at Acronis. He graduated from Moscow Institute of Physics and Technology (MIPT) in 1994. Victor founded several IT companies before joining Acronis.

Published under license from ITProPortal.com, a Future plc Publication. All rights reserved.

Can I transfer WhatsApp from Android to iOS?

Woman credits her Apple Watch for saving her life