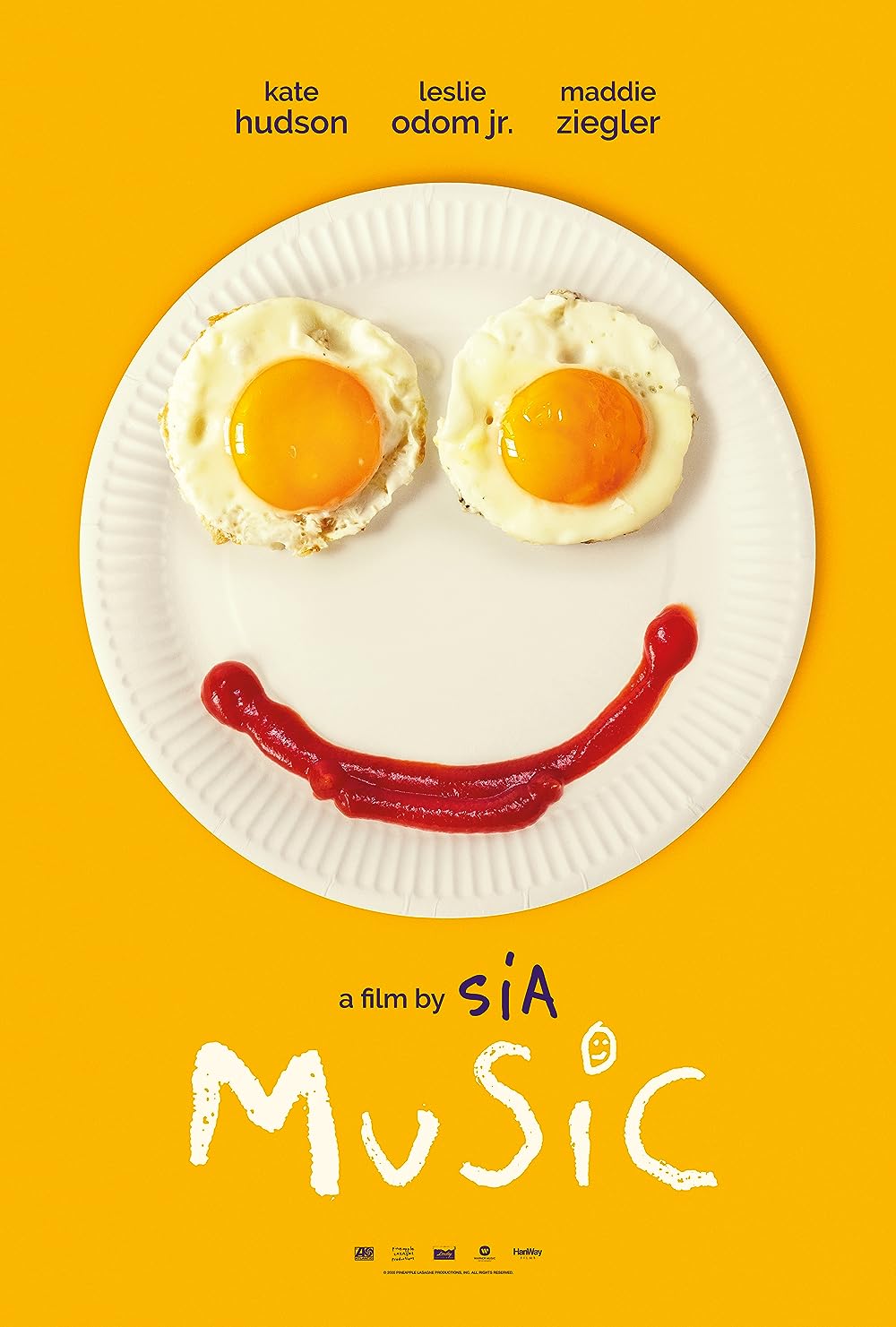 Hear me out:
Good intentions, bad delivery.
It is clear to me having watched this fully (2 times) that no one involved in this film INTENDED for any of what was done to come off as “mockery”, or harmful, but then there is the dilemma of just because you didn’t intend for it to be offensive, doesn’t mean it isn’t.

There are valid concerns and criticisms this film SHOULD raise. The restraint scenes are dangerous, and I’m glad they will be removed.
Maddie as Music…controversially probably….. did not bother me. I went to middle school with a very sweet friend that was very similar, but as unique, so it felt more personal.
However, I do think her simply firing the first actress who was actually non-verbal, and just hiring Maddie, was a poor choice.
I am also an artist, so the whole “separate the art” thing flows through my brain a lot. I can see the performance as “true”, so it didn’t register “offensive” immediately in my brain.
HOWEVER, anyone that find her portrayal offensive is valid. I am not in that position, so I can only judge from this lense.

I will say, the main issue here, is Sia’s overall handling of..pretty much everything?
First, deeming the movie specifically “about Music as a person”, yet it’s mostly about her sister is very misleading to people, as was deeming it “for the Autism community and Caregivers” when it’s mostly for caregivers, given that a lot on the spectrum cannot handle the overstimulation the film includes.

I think the film DOES have some heart, and good intention, and I’m..kinda disappointed? to admit that it made me cry a few times…
Which is .. good and bad. Very cliche on one hand, But then again, I’m just an emotional individual.
At the end of the day, I don’t think it was marketed correctly, researched well at all, but I think I can see a half baked version of what could have been, and I enjoyed it at its…basic sappy stereotypical goodness.

I don’t think it is something that should be “cancelled”, I think Sia and a lot in Hollywood can and should learn from this.
I don’t think Maddie should be berated for her performance. In fact, I found it very authentic and emotive (but yet again, we must acknowledge it isn’t fair to say someone can “act autistic” well), I just mean she is good at bringing forth emotion from me and emoting herself. I hope the reception here doesn’t deter her at all from acting, as I think she could do VERY well.

If only there were a way to go back in time and tweak the glaring problems and it would be a pretty great film.
At base level, ignoring controversial surroundings, and absorbing the story and characters, I enjoyed it. I like the musical sequences quite a bit, especially the opening song, which I am probably most conflicted about as the dancing is viewed as exaggerated mockery, but I just find it….sooo captivating and I don’t understand why? I don’t find her humorous, or find mockery entertaining or funny, but the dancing and expressions here I truly am captivated by.
I still don’t know if I’m okay with that, but time will tell. Like I KNOW I shouldn’t…but my brain is like I LIKE THIS.
To anyone this film has or may offend, on behalf of the creators, I am sorry.
If my review confuses or upsets you, I also apologize. I myself don’t fully understand what draws me in about it.

I hope time reflects on Music positively – and by that I mean, we acknowledge the good (the amount of which I suppose varies) and acknowledge that there are things in this film that shouldn’t be acceptable moving forward (and really shouldn’t have been at all, but here we are).

So, I guess that is all I have to say.
I hope Sia truly learns from this, and I suppose time will tell how Music holds up for me in the future, should I choose to revisit.

*Approach with caution. You will probably either like or hate it, there’s not really an in between, most hate it.
Sensory issues abound, strobing effects, loud music, some mature themes, etc.*

The Ins and Outs of Music Catalog Sales, Explained by the Experts