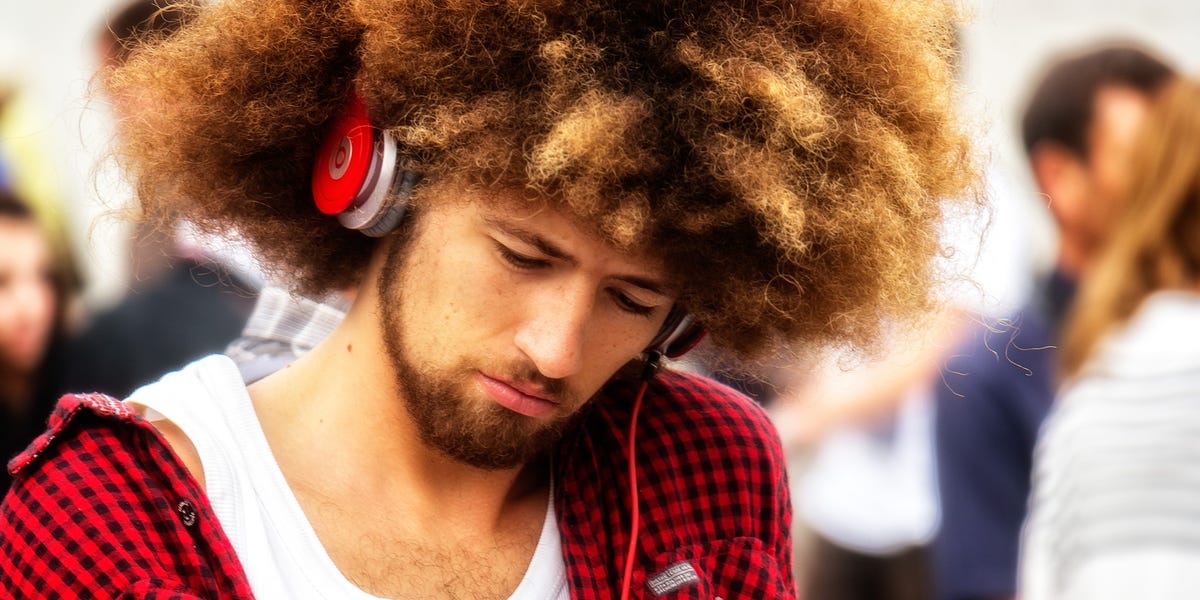 It’s a simple fact of life that older people reminisce about the glory days. You might believe you’ll stay young and free-spirited forever, but one day you’ll find yourself grumbling about not understanding the latest slang words and asking a young person what a meme is.

For some it might be happening earlier than they thought. That’s according to a new survey from Deezer, which suggests people stop discovering new music at just 30 and a half.

The music streaming service surveyed 1,000 Brits about their music preferences and listening habits. 60% of people reported being in a musical rut, only listening to the same songs over and over, while just over a quarter (25%) said they wouldn’t be likely to try new music from outside their preferred genres.

The peak age for discovering new music, the results suggested, was 24. This is when 75% of respondents said they listened to 10 or more new tracks a week, and 64% said they sought out five new artists per month. After this, though, it seems people’s ability to keep up with music trends peters off.

Some of the reasons the survey revealed were people being overwhelmed by the amount of choice available (19%), having a demanding job (16%), and caring for young children (11%). Nearly half of respondents said they wished they had more time to dedicate to discovering new music, so at least for that 47% it wasn’t due to a lack of interest.

“With so much brilliant music out there, it’s easy to feel overwhelmed,” said Adam Read, the UK & Ireland music editor at Deezer. “This often results in us getting stuck in ‘musical paralysis’ by the time we hit our thirties.”

In 2015, the Skynet & Ebert blog looked at data from US Spotify users and Echo Nest. On average, teen music taste was dominated by popular music, then this steadily dropped until people’s tastes “matured” in their early 30s. By age 33, it was more likely they’d never listen to new music again.

Rather than having less time, some research suggests we listen to the same songs over and over again because of musical nostalgia. For example, one major study, published in the journal Memory & Cognition, found that music had a very powerful effect on the mind to evoke memories, conjuring up old echos of the past at school or university.

Earlier this year, economist Seth Stephens-Davidowitz analysed Spotify data in the New York Times. Essentially, he found that if you were in your early teens when a song was first released, it will be the most popular among your age group a decade later. Radiohead’s “Creep,” for example, is the 164th most popular song among 38-year-old men, but it doesn’t even reach the top 300 for those born 10 years earlier or later. It’s because men who are 38 now were in that musical sweet spot when the song was released in 1993.

As for why this happens, research has shown how our favourite songs stimulate our pleasure responses in the brain, releasing dopamine, serotonin, oxytocin, and other happy chemicals. The more we like a song, the more of these chemicals flow through our body.

This happens for everyone, but during our adolescent years our brains are going through a lot of changes. We’re also incredibly hormonal and sensitive, so if we hear a song we really love, it’s more likely to stay with us forever.

That isn’t to say you won’t hear a new song you love in later life — it just might not elicit the same strong response because you aren’t such a sponge anymore.

For example, just before the song peaks, or there’s a dramatic chord change, our brain perceives it as a reward and releases dopamine. However, over time we start to lose the same feeling of euphoria because we musically gorge ourselves.

If you haven’t heard a song for several years, the euphoria may return, particularly if you first heard it when your brain was soaking everything up between the ages or 12 and 22.

So if you have a penchant for music from your youth, it’s probably wired deep into your psyche. You can indulge in that throwback Thursday playlist full of Panic! At The Disco and Blink-182 without shame because it’ll make your brain happy — it deserves it.

HYBE and Universal Music Group Are Launching a Girl Group

AC Beer and Music Festival takes over the city