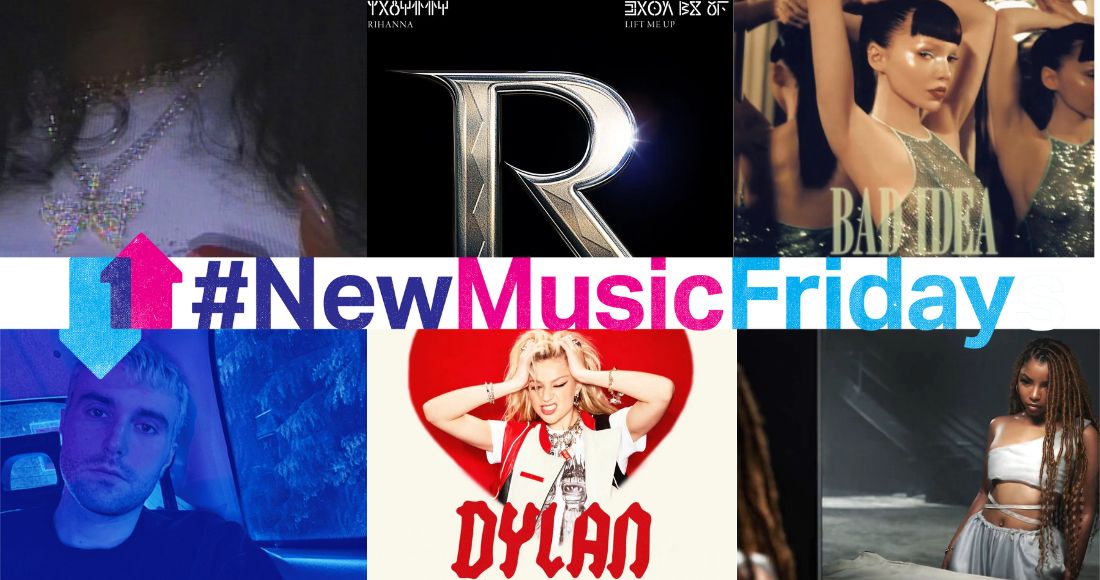 The drout has ended and she’s back. Rihanna is back!

The first taste of new Fenty Music in six years, Rihanna returns with Lift Me Up, taken from the original soundtrack of the forthcoming Black Panther: Wakanda Forever.

Co-written by Rihanna and Tems, alongside the film’s producer Ludwig Goransonn (Childish Gambino) and director Ryan Cogler, the hymn-inflected tune is dedicated to the life and legacy of Chadwick Boseman.

Lift Me Up is supposedly one of two new original songs Rihanna has gifted Black Panther, as well as heralding the start of “an exciting new era” for the pop superstar.

Elsewhere on singles this week, SZA’s long-gestating new track Shirt finally arrives after months of fervent anticipation. Produced by Darkchild, it’s a sleek and sinister alt-R&B tune, that blew up on TikTok in demo form. It’s arrival will hopefully herald news of a sophomore SZA record too.

After the exciting rush of a Taylor Swift and Arctic Monkeys chart battle this week on the Official Albums Chart, its a quieter state of affairs for the coming seven days.

Acclaimed British producer and DJ Fred Again.. issues the third instalment of his Actual Life album series, while we get the debut mixtape from rising pop newcomer Dylan in the form of The Greatest Thing I’ll Never Learn. It’s a tight and compact collection of bops, with tracks such as Nothing Lasts Forever and Lovestruck proving the 22 year old is indeed a talent to watch.

Check out and preview this week’s new singles, albums and DVD/Blu-ray releases below: