Earlier this year, Leanne Bailey spent an entire day making 100 cookies for a birthday party. She was paid $300 for her efforts.

Later that week, she went on the app TikTok, which allows users to make 15-second videos set to music, and created a pair of cookie-decorating posts under the name TheBaileyBakery. She netted $1,000. “She’s a 40-plus-year-old lady from Kentucky, she has four kids, and TikTok videos are helping to financially support her,” says Devain Doolaramani, an intern at Arista Records who also manages Bailey — along with over 20 TikTok users who reach a combined 70 million in audience — on the side. Bailey alone has over 4 million fans. “We get 10 to 15 inquiries a day from artists and labels wanting to pay us to use their song,” Doolaramani says.

It’s been almost exactly a year since the Chinese company Bytedance shuttered the lip-sync-video app Musical.ly, purchased at the end of 2017, and migrated its users to TikTok. The re-brand and launch have been extremely successful, at least when it comes to impacting pop music, since the platform has become a staging ground for hits — Lil Nas X’s “Old Town Road,” yes, but also Ambjay’s “Uno,” Y2k and bbno$’s “Lalala,” and now it looks like Lizzo’s “Good as Hell” — before they crash into the mainstream.

In 12 months, TikTok has become massive enough that Mike Caren, CEO of Artist Partner Group, compares it to “the short-form version of YouTube.” “It’s too big alone to be the spark for a song,” Caren says. “Now it’s the wood in the fire.” “If you think of the music consuming demo as 11[-year-olds] to 24[-year-olds], you reach the bottom half of that audience through two platforms: YouTube and TikTok,” adds Jeff Vaughn, senior vp of A&R at APG. 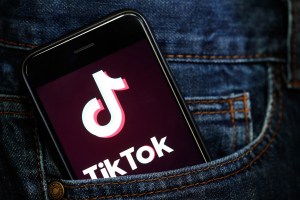 But what has allowed TikTok to become such a major player so quickly? Google Trends data suggest that even when Musical.ly was at its peak of popularity in the U.S., it was only half as sought after as TikTok. But TikTok has benefitted from greater resources, an algorithm that enhances social mobility, and targeted outreach efforts that ensure popular users are up on the latest trends.

The first reason for the eruption of TikTok references is that ByteDance is a corporate behemoth worth many billions of dollars; TikTok claimed to already have 500 million monthly users around the globe when it swallowed Musical.ly. As a result, Musical.ly effectively vaulted multiple weight-classes overnight. “There’s a surplus of users after the merger,” says Doolaramani. And a surplus of marketing money: “Because [TikTok] got acquired by ByteDance, they have access to a lot more resources,” says Jacob Pace, CEO of Flighthouse, a media brand that has over 18 million fans on TikTok.

But if Musical.ly had remained the same even as it enjoyed a bigger budget, it’s unlikely it would have enjoyed this sudden growth spurt. That’s because the premise of TikTok is far more open-ended than that of its predecessor. “How many times can you see someone lip sync?” asks TikTok user The Bentist, a practicing dentist who has amassed a million fans on the platform. “It gets old fast.” On TikTok, in contrast, the possibilities are wide-ranging. Case in point: The Bentist recently posted a video of himself making a retainer while the version of “Never Ending Story” from Stranger Things plays in the background; it attracted over a million likes.

It’s not just that TikTok’s inputs are more open-ended — the outcomes for users are, too. On Musical.ly, like Twitter or Instagram right now, it was nearly impossible for a new user to become really popular, but TikTok “allows people to get famous really easily,” according to KevboyPerry, who is often credited with starting the trend of adding written cue-cards to TikTok videos. “And if you can get famous easily, you’re gonna do it.”

This is an article of faith in the TikTok community and a sign of a dynamic app. “On Instagram, there’s zero chance another person’s gonna be Kim Kardashian,” says Jonathan Strauss, the co-founder and CEO of Create Music Group, which owns Flighthouse. “People want the chance to be as big as the biggest people on there.”

TikTok satisfies this desire with its vaunted algorithm, which is constantly searching for new clips, rather than just pushing out the latest videos from already popular users. “Watch time does the best” when it comes to attracting the algorithm, asserts KevboyPerry (whose 2 million fans suggest that he knows a thing or two about the subject). “Keeping your audience focused on your video instead of swiping away — the longer they watch, the better it does. TikTok’s rewarding you for keeping the audience on the app.”

If users return to a video, Doolaramani believes that also plays a role in boosting the clip. In his experience, he has found that, “TikTok’s algorithm works like, once the video’s fully done, if people re-watch it, [the app] shows it to the people-who-re-watched-its friends.”

(Views do not impact royalty payouts to music groups, though. “Royalties get paid through posts — every single new creation that occurs, that’s the amount that gets paid out to the rights holders,” Strauss notes. “It doesn’t matter if a post gets a million views or not.” This is also, presumably, helpful for spreading music to new users, rather than just concentrating it among users with the most followers.)

Once the all-knowing TikTok mothership observes videos that are performing well, the platform takes an active interest in elevating these clips — and the sounds within — which enhances the churn from bottom to top. Doolaramani noticed that “TikTok gets involved when something hits three to five thousand videos.”

The app has multiple ways of bringing more eyes and ears to a reactive song-video combination beyond just placing it on the customized, easily browse-able “For You” page. TikTok can add the song to their internal playlists, which present an easy library of sounds for users to pick to accompany their clips. TikTok can do banner ads, much like Spotify does for new albums, linked to either a video concept or a song. And the platform can launch a hashtag campaign, signaling that a new trend is a bandwagon worth jumping on.

“TikTok has a really large hand in their community because they can push content,” adds the user NiceMichael. “I’ve had that happen before where I texted my manager, and I was like, ‘hey, how come this didn’t do good?’ They were like, ‘I’ll look into it, winky face.’ Within the hour, it had 80,000 more likes than what it had before. They have some magical button that they can press and just promote [a video] to the world.”

When NiceMichael talks about his manager, it’s not the same as when a rapper speaks about his manager — NiceMichael is a member of the Creators Program, which links popular TikTok users with a coach of sorts. Those coaches, which the platform describes as “Creator partner managers,” “have a very key part in pushing what [TikTok] wants to do,” NiceMichael says.

Members of the Creators program speak regularly with their managers. “They talk about your videos, what you could be doing better, maybe give you some ideas on videos,” explains the Bentist. “Basic stuff: ‘This video did really well, I’m seeing dance videos do good, your comedy videos are doing well.’ They’ll say, ‘hey, tomorrow we’re gonna introduce this hashtag, I think it would be good for you.’”

Users in the Creators program say they are not paid to participate. But TikTok has allegedly used monetary incentives to entice content creation. One regular user says “a third-party agency that Bytedance had on retainer went to 22-year-olds across the US and paid to have them do one post a day. They were getting paid $400 a month to do 30 pieces of content.” (A spokesperson for TikTok said this was possibly part of a marketing campaign.) And an artist who’s currently enjoying more than a million streams a day says TikTok reached out directly and paid the artist to make an account, promote it and post a video.

Despite TikTok’s quick transformation from a curio to a service mentioned in the same breath as YouTube, it still faces serious challenges. One is the youth of its audience. The platform has aggressively sought out older users, partially because it wants to reach the widest possible pool of people, and partially because it was already fined for illegally harvesting data from users under the age of 13. “YouTube doesn’t really have a demographic,” Strauss says. “TikTok has the same aim — a wide audience. Not an audience where once you turn 18, you get off the app.”

The app has had some success attracting older creators: Look at TheBaileyBakery and the Bentist. “There are college freshman making content on there, which would be insane two years ago,” Pace says.

But TikTok’s teen — or even pre-teen — origins are tough to shake. “There’s an image of TikTok being cringier comedy for younger individuals in middle school,” says the singer mxmtoon, whose music has performed well on the platform. And this is a turn off for some potential users, even those who might benefit from active TikTok engagement. “It’s still not easy to get artists to promote on there,” APG’s Vaughn says. “They feel like it’s cheesy, or corny or forced.”

In addition, while labels are spending freely on TikTok at the moment, paying TheBaileyBakery, NiceMichael and others to push their songs, that could soon switch to demanding money from the platform, presenting another challenge. In June, Bloomberg reported that the three major labels’ deals with TikTok expire soon. Since music is so important to the platform, it’s not surprising that the labels are now pushing for more favorable terms.

On top of that, TikTok is now going back-and-forth with the European music-rights licensing hub ICE, which said it was “disappointed an agreement for use of the millions of musical works belonging to the songwriters, composers and publishers we represent has not been reached before this point.” The U.K. Copyright Tribunal is looking into the dispute.

And TikTok’s fiercest competitor may not even exist yet. “In this whole viral space, we’re in the really early stages of seeing what apps are gonna come about,” says music manager Danny Kang. “I would love to have a new platform every year that does this for the music business — reach new audiences, reach the kids,” Vaughn adds.

What’s great for the music business might not always be great for TikTok. But for now, the platform has succeeded in convincing users — and labels — that fame is just 15 seconds away.

‘Kilnerry’ for a day, World Fusion Music and RiverRun Bookstore: 5 things to do this weekend