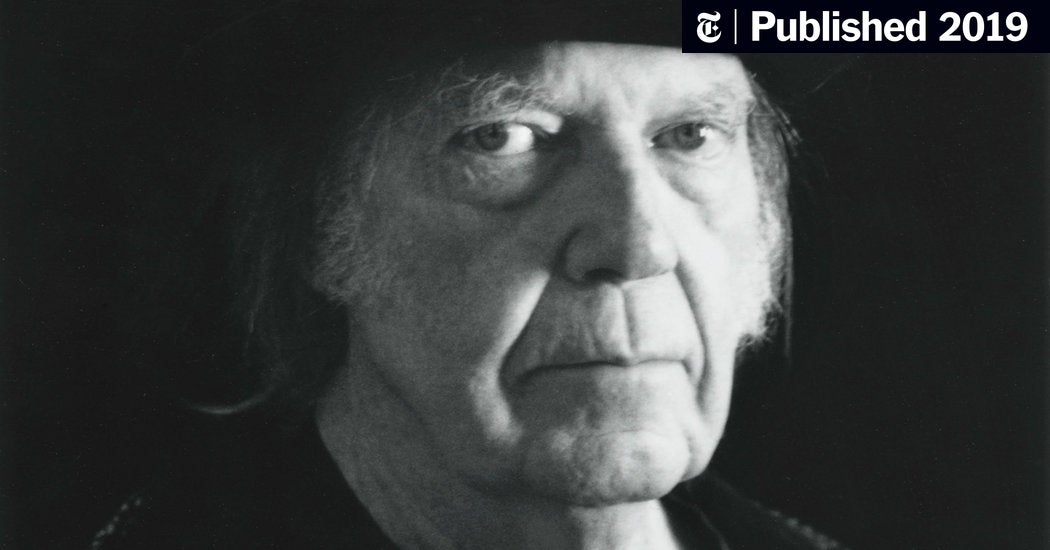 For the time being, there would be no more pretty melodies and note-perfect guitar playing. Instead, Young’s music centered on a distinctive alternation of melodic beauty, earsplitting feedback and passages where he seemed to be playing his guitar with his fist. On a third or fourth listen, these passages often revealed themselves to be part of larger, deliberate, gorgeous patterns that bent the listener’s ear in the directions that he wanted it to go. You had to listen to the whole albums all the way through to really hear the songs. Young’s own guitar playing sounded too deliberate to express the fullness of his own sound, so he often featured the rhythm guitar playing of Frank Sampedro, who played loud rock ’n’ roll in his garage, which was the sound that Young was after in perfecting imperfection.

Within his own specific lineage of deeply melodic rock-guitar playing, incorporating infinite branching possibilities and a taste for soulful, aggressive dissonance, Young is great to listen to. But a better pure player than Young would be a guy like, say, John Frusciante, the former guitarist for the Red Hot Chili Peppers, who is wildly talented. Give both men 30 seconds to solo, and Frusciante would blow Young off the stage, just as Duane Allman would blow Frusciante off the stage. Young is something else, though. He’s a genius, a word that can be usefully defined as the ability to create and realize an original style that, in turn, can for decades generate its own genres of music containing the DNA of deeply original songs by other extremely talented, original songwriters and musicians, all of whom owe something to him. His music helped shape the melodic-depressive post-Beatles catalog of Pacific Northwest angst, which was brought to its songwriting peak by Kurt Cobain of Nirvana and Elliott Smith, the Irving Berlin and Cole Porter of suicidal ideation and addiction. Cobain committed suicide on April 5, 1994. Smith, who was an even more intimate songwriter, in the same catchy, brilliant, self-pitying vein, stabbed himself through the heart and bled to death on Oct. 21, 2003, in an apartment in Los Angeles. While the circumstances of both deaths are disputed by conspiracy theorists, Neil Young is indisputably still here.

But he is stumped. Let’s take a moment to look at the future of recorded sound, the topic that has got him so overheated. The invention of the phonograph in 1877 by Thomas Alva Edison, a k a the Wizard of Menlo Park, and one of the great visionaries in American history, marked the culmination of several decades of attempts to capture the magic of sound in physical, reproducible form. Early sound recorders used a large cone to capture the air pressure produced by sonic waves created by a human voice or an instrument. The cone directed sound waves against a diaphragm attached to a stylus, which thereby inscribed an analog of those waves onto a roll of paper or a wax-coated cylinder. The use of electrical microphones and amplifiers by the 1920s made it possible to record a far greater range of sound with far greater fidelity.

Magnetic tape, which was pioneered in Germany during the 1930s, propelled another giant leap forward in fidelity, while also beginning the process of freeing sound from the physical mediums on which it was recorded. Tape could be snipped and edited and combined in ways that allowed artists, producers and engineers to create symphonies in their own minds and then assemble them out of multiple takes performed in different places and at different times. The introduction of high-end consumer digital-sound-recording systems by companies including Sony and 3M further loosened music’s connection to a physical medium, thereby rendering sound infinitely plastic and, in theory, infinitely reproducible. Then came the internet, which delivered on the mind-boggling promise of infinitely reproducible sound at a cost approaching zero.

[Read more about sound fidelity and the biggest disaster in the history of the music business.]

At ground level, which is to say not the level where technologists live but the level where artists write and record songs for people who care about the human experience of listening to music, the internet was as if a meteor had wiped out the existing planet of sound. The compressed, hollow sound of free streaming music was a big step down from the CD. “Huge step down from vinyl,” Young said. Each step eliminated levels of sonic detail and shading by squeezing down the amount of information contained in the package in which music was delivered. Or, as Young told me, you are left with “5 percent of the original music for your listening enjoyment.”

Producers and engineers often responded to the smaller size and lower quality of these packages by using cheap engineering tricks, like making the softest parts of the song as loud as the loudest parts. This flattened out the sound of recordings and fooled listeners’ brains into ignoring the stuff that wasn’t there anymore, i.e., the resonant combinations of specific human beings producing different notes and sounds in specific spaces at sometimes ultraweird angles that the era of magnetic tape and vinyl had so successfully captured.

If you want to envision how Young feels about the possibility of having to listen to not only his music but also American jazz, rock ’n’ roll and popular song via our dominant streaming formats, imagine walking into the Metropolitan Museum of Art or the Musée d’Orsay one morning and finding that all of the great canvases in those museums were gone and the only way to experience the work of Gustave Courbet or Vincent van Gogh was to click on pixelated thumbnails.

From the Maestro’s Desk | Future of Johnstown Symphony brighter than ever, music director says