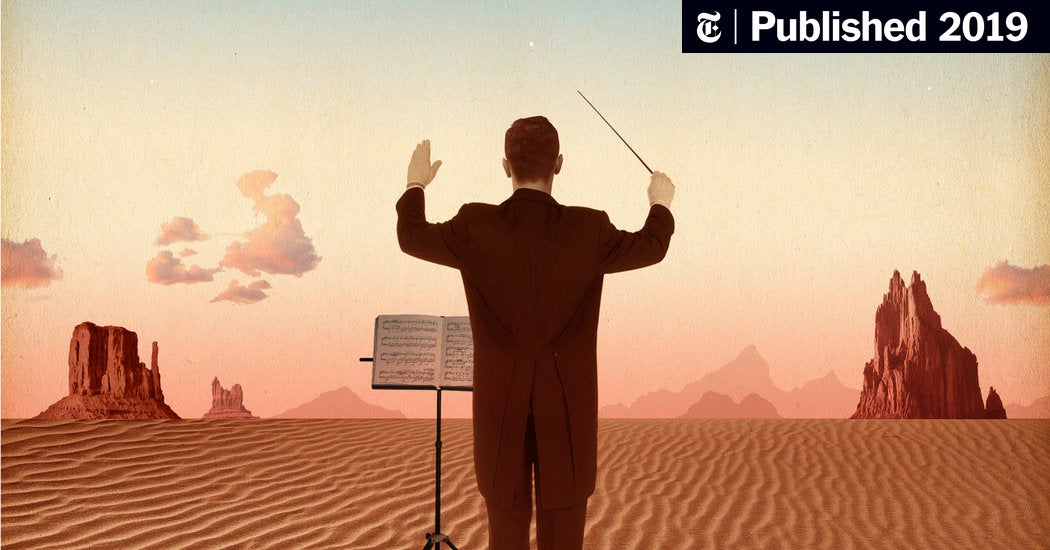 One of the most arresting objects on display in the musical instruments galleries of the Metropolitan Museum of Art is a 2,000-year-old bell from Japan that was built to be mute. Dotaku bells such as this one still puzzle historians, but we know they were made without clappers and buried in earth, probably as part of a ritual designed to bless crops.

The first time I saw the Met’s dotaku, I stopped dead in my tracks. The expectation of sound had been turned into a sacrificial act of silence. From inside two slits high up on the bell, I thought I saw the ghost of John Cage smiling out.

Cage’s “4’33’’” may be the most notorious act of silence to be offered as music. But it fits into a long lineage of efforts to endow silence with artistic meaning. In Japanese music, the term “ma” suggests the space in between sounds that a performer must master. Debussy wrote that the music is not in the notes, but in the spaces between them. In a similar vein, Miles Davis said, “It’s not the notes you play; it’s the notes you don’t play.”

As social beings, we are hard-wired to interpret breaks in the flow of human communication. We recognize the pregnant pause, the stunned silence, the expectant hush. A one-beat delay on an answer can reveal hesitation or hurt, or play us for laughs. A closer listen shows musical silence to be just as eloquent.

This is a rough guide to recognizing and reading music’s negative spaces.

Before Western composers came up with a way to notate them, the length of rests in music were often dictated by buildings. When groups of monks, facing each other in a reverberant chapel, intoned psalms in plainchant, they inserted a pause in the middle of a verse. The length of this “media distinctio” was partly determined by acoustics: It prevented the next line of text from getting entangled with the resonance trail of the last. But as the musicologist Emma Hornby has pointed out, it also created a meditative space. It synchronized the community and underlined, as she writes, “the unity of the monastery breathing and singing together.”

When Monteverdi wrote the opera “Orfeo,” he wasn’t just retelling a myth. His opera also advertised the power of this new form of sung drama by writing music that was about music — and silence. In the prologue, the allegorical character La Musica addresses the audience and declares her dominion over not just human emotions, but also nature itself.

“While I alternate my songs, now happy, now sad,” she sings, “let no small bird stir among these trees, no noisy wave be heard on these riverbanks, and let each little breeze halt in its course.” To demonstrate her power, Monteverdi brings the music to a complete standstill. He trains the audience’s ears on sounds, which he then takes away so that attention turns in on itself, onto the very process of listening.

In a later opera, Monteverdi wrote an exquisite lullaby, “Oblivion soave,” in which the performers seem to nod off themselves, before coming to and completing the song. Much of early Baroque music would use rests in such a literal way. As sound painting, silence could come to depict sleep, death, featureless landscapes or — in tiny breaks written into a vocal line — an emotional speaker choking on sobs.

Reason was the order of the day in the Enlightenment, and with it the art of persuasion. In the 18th century, music theorists codified rests and silences according to the rules of rhetoric, and encouraged composers to take inspiration from oration and acting. In an article on musical phrasing, Rousseau drew the analogy with an actor onstage who “agitated, transported with a passion which does not suffer him to go through his speech, is interrupted, breaks off, makes a stop.” Listen to the Fantasie in C (Wq 61/6) by C.P.E. Bach and note how the abrupt stops and pauses seem to delineate different arguments and affects.

Avi Stein, an organist and harpsichordist, said in a phone interview that the irregular rests in 18th-century music also reflected its mercurial nature. The composers of the period “had a fascination with improvisation and an almost schizophrenic idea of the emotions,” he said. “Often they can seem to throw out an emotion and then place a rest, so that we are unsure if you will stay on with that character, or throw it out and respond with a totally different gesture.”

If 18th-century musicians could emulate great orators or actors with judicious placement of rests, they could just as easily play the clown. Haydn was a master at this.

Take the last movement of his “Joke” Quartet, which introduces an upbeat tune and repeats it. A lot. So often, in fact, that within two minutes it has lodged itself like an earworm in the listener’s brain. Then Haydn cuts in with made-you-wait pauses and false endings. It’s cute. It’s funny. It gets a little annoying. But he keeps at it long enough that the last blip of the theme — after seven full bars of nothing — becomes a wink of sublime silliness.

The violinist Clara Lyon, who has recorded Haydn’s “Joke” with the Spektral Quartet, said in a phone interview that the composer is here “tapping into something that’s at the root of really basic clowning. You are teaching the audience how the joke goes as you’re telling the joke.”

Beethoven is so often associated with images of him scowling that it’s worth remembering that he, too, was adept at the comic rest. He also mastered the mystical silence, dramatic silence, and silence-as-sound-painting.

But what Beethoven introduced most forcefully into Western music was the explosive silence. The technique is not unlike that behind comic rests: You carry your listeners along on a train of musical thought that leads them to think they know what’s coming. Then you pull out the rug from underneath.

In the first movement of his “Eroica” Symphony, that train of thought builds up aggressive momentum, culminating in a series of slashing dissonant chords that are repeated with relentless force. Then, on the first beat of the next bar, where the ear expects either more of the same or a resolution of the harmonic tension — a void. “The loudest silence in musical literature,” the musicologists Grosvenor Cooper and Leonard Meyer call this moment.

The shock of a rest such as this one draws its power from a certain regular meter or pattern that has been set up beforehand. At an unconscious level, listeners begin to identify the pulse of the music with their own. When it drops away unexpectedly, the silence delivers a heart-stopping jolt.

For the remainder of the 19th century, composers increasingly played with what we might call liminal silence. This is often quiet and ultrathin orchestration at the outer edges of a composition, designed to blur the line between composed sounds and the ambient hum of the concert hall. The music, once it registers as such, seems to coalesce out of nothing. At the end of some pieces, it fades into thin air.

Beethoven’s Ninth Symphony begins almost imperceptibly. Mahler’s First is another example of music that seems to emerge from an amniotic brew of quiet notes, suspended in time. Other romantic symphonies recede into silence, such as Tchaikovsky’s Sixth and Brahms’s Third.

Along with other emancipation movements, the 20th century witnessed the emancipation of musical silence. The proportions of sound to not-sound were renegotiated to the point where roles seemed reversed. In Webern’s atonal miniatures, islands of sound float in a sea of white. Composers could now get away with writing so much empty space into their works because listening habits had changed. Unlike the boisterous audiences of Haydn’s time, modern concertgoers came to a performance prepared to sit still, in semidarkness, wearing what George Bernard Shaw called their “in-churchiest” expressions. Now, when the sounds fell away in the midst of a work, there was a good chance the space would be filled with attentive silence.

Even so, the premiere of Cage’s “4’33’’,” in 1952 in Woodstock, N.Y., aroused tempers. Here was a “performance” with deliberate sound-making removed from the equation. The position of the performer at the piano created the expectation of music in a way that made those in attendance switch into musical listening mode. But their attention was stubbornly turned back on themselves, and on the ambient noises in the room.

Cage’s silent piece acts like a mirror, revealing what the listener brings into the hall — rustling bodies, digestive clicks, impatience and derision. That sense of the rest as a reflecting pond is also a feature in the music of Arvo Pärt. A piece like “Psalom” for strings takes musical phrases that sound like questions and lobs them into gaping black silences. Whether the long-drawn-out pauses in between feel sheltering or terrifying depends on each listener’s state of mind.

What unites music’s negative spaces — whether they are designed for comedy, drama or mysticism — is their power to propel the listener from the role of passive consumer to active participant. As in a limerick recited with the last word missing, the brain jumps in to complete the rhyme.

Elizabeth Hellmuth Margulis, who directs the music cognition lab at Princeton University, writes of “episodes of meta-listening” where composers bring listening habits to the surface “weaving this into the fabric of the aesthetic object.”

Perhaps that is why Debussy and Davis pointed to the moments of not-sound as the very essence of music: It is in those spaces that listening really listens to itself, and to the wider world.

Paramount Records: How Grafton left a legacy on blues music

‘Bringing the music to the people’ with Balcony Bridge

Next up for Music Club

MUSEWIRE ranked among the top 50 Music Industry Blogs on Feedspot