Olivia is probably most famous for her oft-praised cosplays, which include Breya, Etherium Shaper and Teysa Karlov (pictured here and here). She also runs Twitch channel AffinityArtifacts which streams games of Commander with other members of the wider community.

An active and long-time member of the EDH community, Olivia joins Adam Styborski, Charlotte Sable, Josh Lee Kwai, Rachel Agnes, Ron Foster, and Shivam Bhatt on the Commander Advisory Group, or CAG. This group of prominent Commander aficionados serves to advise the Rules Committee and ensure that as many voices and styles of Commander are heard when it comes to the management of the format and its ban list. 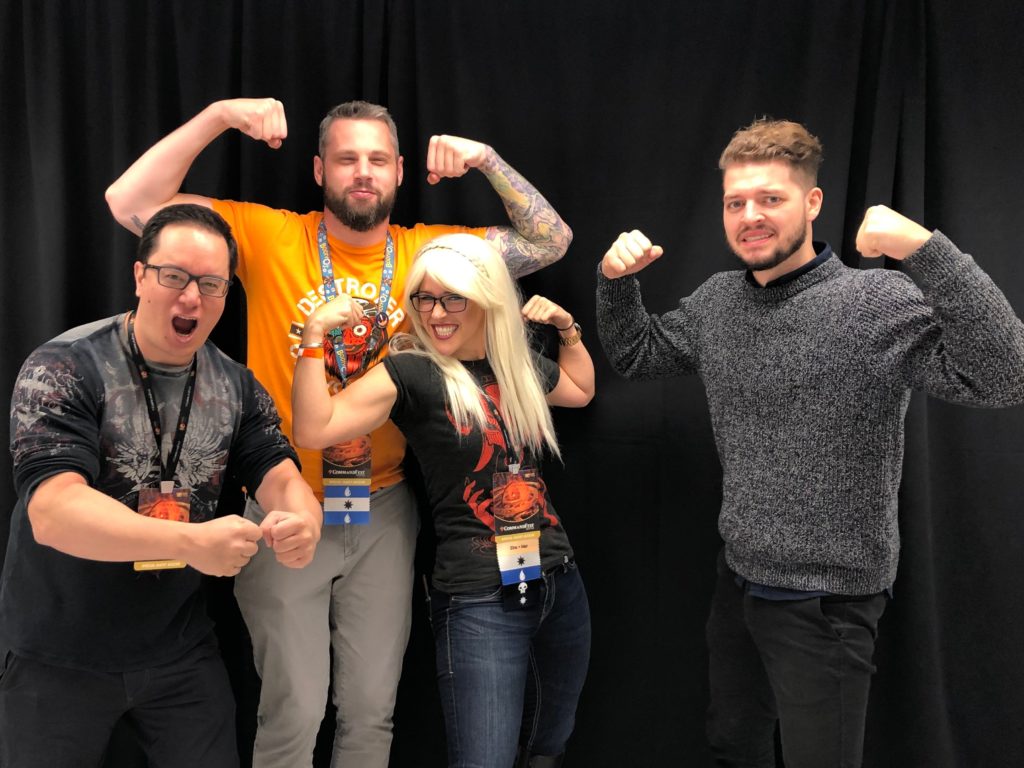 It was a busy weekend for Gobert-Hicks, who also reached the finals of a charity event in which competitors could win $1,000 for a Charity of their choice. Facing Josh Lee Kwai, Adam Savidan & Riley Knight in the finals, Olivia piloted her Breya, Etherium Shaper deck to victory. She claimed the prize in honor of RAINN, a charity that works to prevent sexual violence, help survivors, and ensure perpetrators are brought to justice.

We managed to steal Olivia for a quick chat about her weekend:

Hey Olivia, we’d just like to congratulate you on your admission to the Commander Advisory Group. You put a lot of effort into Magic content, particularly your twitch stream, but what specifically excites and inspires you about being part of the CAG?

Hey Kristen! I’m mostly excited to be a part of a great group of EDH players and creators. We all care so much for the format, and have a lot of different perspectives and styles of play. Obviously we’re only advising, but I think a good scope of styles and voices can be beneficial to the rules committee.

Definitely. I’m a big supporter of the more casual end of the scale, so I can agree on that one. What new perspectives do you hope to bring?

Commander is how I learned to play Magic, and for the longest time was my only point of reference for Magic. In the grand scheme of the game I’m still a newer player; I’ve never competed in any other formats. I have a kitchen table heart, even if some of my decks seem a little spiky! There’s nothing I love more than a creative brew where I can learn something new, or see a card I’ve never heard of before. I care a lot about the spirit of the format, and the community it can create, and I hope to be a voice for that in the CAG. 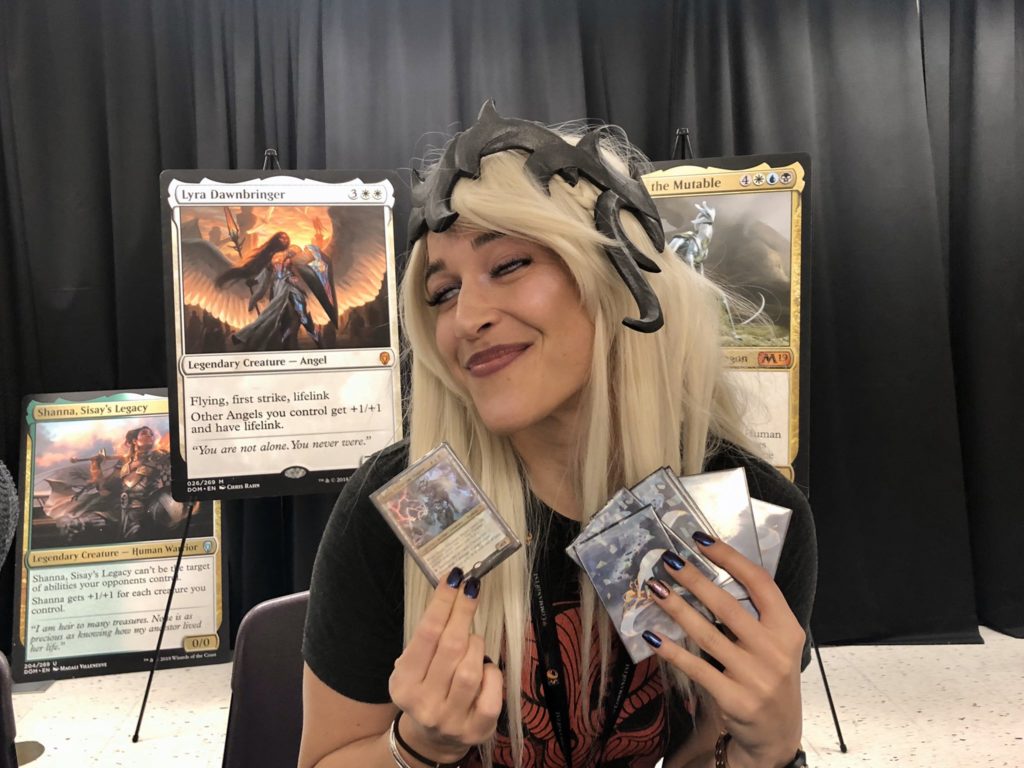 I think a lot of players are in the same boat. Commander can be the gateway format as much as the one where many end up. You might not have played competitive Magic, but you did smash the Headline Event at CommandFest Seattle, winning $1,000 for your charity. How was the game? What play do you think cinched victory for you?

Tezzeret, Master of the Bridge is the card that cinched me the victory, and a little political wheeling and dealing made it all possible! The game was intense in a friendly way, and an absolute delight—I’d share a table with Riley, Josh, and Adam any day of the week.

That must have been a great game, especially with the prize on the line. That Tezzeret has done a lot of work in my decks too! Your chosen charity was RAINN—you must be super stoked to have won the opportunity to donate. Can you tell us about the work they do?

RAINN (Rape, Abuse & Incest National Network) is the nation’s largest anti-sexual violence organization. RAINN created and operates the National Sexual Assault Hotline (800.656.HOPE, http://online.rainn.org, and http://rainn.org/es) in partnership with more than 1,000 local sexual assault service providers across the country and operates the DoD Safe Helpline for the Department of Defense. RAINN also carries out programs to prevent sexual violence, help survivors, and ensure that perpetrators are brought to justice.

That’s a great cause. Thanks Olivia, and good luck for the future.

No worries! Thanks for having me.

The CommandFest events have been heralded as a great success, with many in the community enjoying a great weekend and a chance to relax and play the game they love. The main sticking point seemed to be that the concurrent events led to one event feeling a little lighter on the ground when it came to content creators and community figures. We are hopeful that this is something that will be ironed out in the future as these events see greater investment and a longer run up for planning—it’s undeniable that Wizards have found a groove here, and we expect these events will become a mainstay in the annual event lineup.

LumaFusion for Android is coming to the Galaxy Store this year

How technology can improve the patient healthcare experience

Apple will let you repair certain MacBooks yourself beginning Tuesday