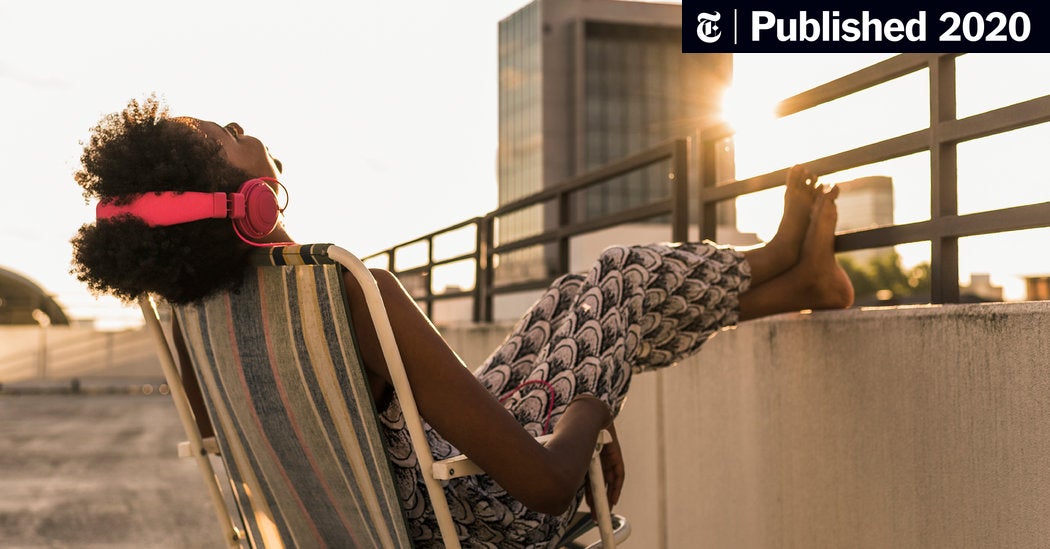 Life is just one playlist away from being perfectly soundtracked.

For example, I want to go running, but of course I need the right music to propel me from start to finish. I’m planning a road trip, but the music needs to sound adventurous to hype me up. I’m under a deadline and need something to block out the world so I can focus.

There are thousands of premade playlists that can fill those needs, but often they just aren’t personal enough. Even the playlists being automatically created for us each week by our music services sometimes aren’t quite right.

So how do you nail the perfect mix of songs every time? How do you make a playlist that hits just right for that special occasion? We talked to four music lovers inside and outside the music industry, some of whom work at Spotify and Pandora, and here are their tips.

“For me, it’s less about the linear steps and more, what’s the creative spark for the playlist, because there’s always one,” said Meg Tarquinio, head of curation strategy for Spotify. “I think the best playlists start from an eccentric and eclectic idea and go from there.”

For some people, creating a playlist is like chasing down a story that’s hidden throughout different songs. It can feel like following clues that no one else heard the way you did. To get started, think about the reason you wanted to create a playlist in the first place, and then expand on that feeling.

“Most of the playlists I make are for passionate music fans who have an appetite that leans toward discovery rather than songs they already know,” Mr. Vener continued. “However, this seems to backfire on me a lot with casual music fans. They want the hits. If you’re trying to make a playlist for everyone, I subscribe to something I heard from George Clooney on how he chooses which movies to make: ‘Two for them (his fans), one for you.’”

On starting a playlist, Maisey Boldt, a high school freshman who constantly shares playlists with her friends, said, “Sometimes I’ll find an already made playlist on Apple Music to use as a starting point. I’ll copy it to my own library as a new playlist so I can remove or add other ones I like better.”

For Oscar Celma, vice president of data science and machine learning at Pandora/SiriusXM, the act of creating a playlist can be more of a two-way street. “Sometimes when I create a playlist, I add songs for a particular context or style, and then I use Pandora’s ‘Add similar songs’ button to find more.

“It’s a good way for me to discover songs or even challenge the system on how well it understands me. I may remove a song or two and add more of my own and then ask it to add five more. It’s more of a back and forth, conversational way of making a playlist.”

Consider the track list (and whether you’ll use shuffle)

How important is the track order in a playlist? Playlist sequencing is important if each song tells a slice of the story you’re trying to convey. But using the shuffle button is less egregious if each song is telling the same story in a different way.

The consensus among those I talked to was that the longer the playlist, the more likely it is to get shuffled. If the playlist is a bucket to collect certain types of songs released over the course of years, the order matters very little.

Succinctly, Mr. Vener said: “My advice is don’t overthink it.”

Bottom line? It’s OK to experiment and have fun. Try something new and different, if the option is available to you.

“Spotify has a collaborative playlist feature, so I make a lot of playlists with my friends,” Ms. Tarquinio said. “With my high school friends, we’ll add songs from high school that maybe others have forgotten about, with the next person adding a song that the first one made them think about.”

Ms. Tarquinio added that another thing she liked to do was to “sequence songs with a really strong musical connection between the tracks.”

“A lot of songs have similar arpeggios, or they might start on the same chord,” she said, “but that’s just a personal thing I love.”

Many of us use playlists for music organization, whether to save songs from internet radio or to create bucket collections.

“I have a playlist for each year, like 2019 and 2018 and so on, which are all the songs I liked and discovered from those times that I’m collecting in playlists,” said Pandora’s Mr. Celma. “It’s really cool to go back to the playlists from different years and reminisce and trigger the memories from when I heard these songs.”

Creating a smart playlist in iTunes or Apple Music (in the desktop app), as well as using other automation tools, can also accomplish a similar goal by automatically adding certain songs to a playlist based on options you set.

Also, using a playlist to study can help block out distractions.

“I made a playlist before of only Shakira’s Spanish songs, because at the time I didn’t know what she was saying,” said Ms. Boldt. “It was to help me focus when I was doing my homework, so I could concentrate on that instead of being distracted by a song’s lyrics.”

The future of the playlist

There are days when playlist inspiration just won’t come — no matter the number of tips or tricks. In that case, algorithms will be there to help us make the best playlists possible, continually seeping into our music players of choice.

The biggest music enthusiasts may begrudge the invisible hand of automation in favor of their own brute force discovery skills, but it has its benefits.

Ultimately, as Ms. Tarquinio points out, it all melds into a single effort. “‘Discover Weekly’ is an algorithm that only functions because of the social community around us crowdsourcing what other people are listening to, who listen to things that are similar to you,” she said. “So yes, it’s an algorithmic playlist, but it’s based in music culture and crowdsourced music recommendations.”

But Mr. Vener lamented that playlists had replaced his favorite music blogs. “I miss reading passionate music fans’ take on each song they posted,” he said.

In keeping with the subject matter, I made a playlist for this story. The songs below are the soundtrack to these words. The feel, the order and your potential new music discoveries were all carefully considered. You can add it on Spotify here, or Apple Music here.

How Shania Twain Made Music History While Putting Motherhood First