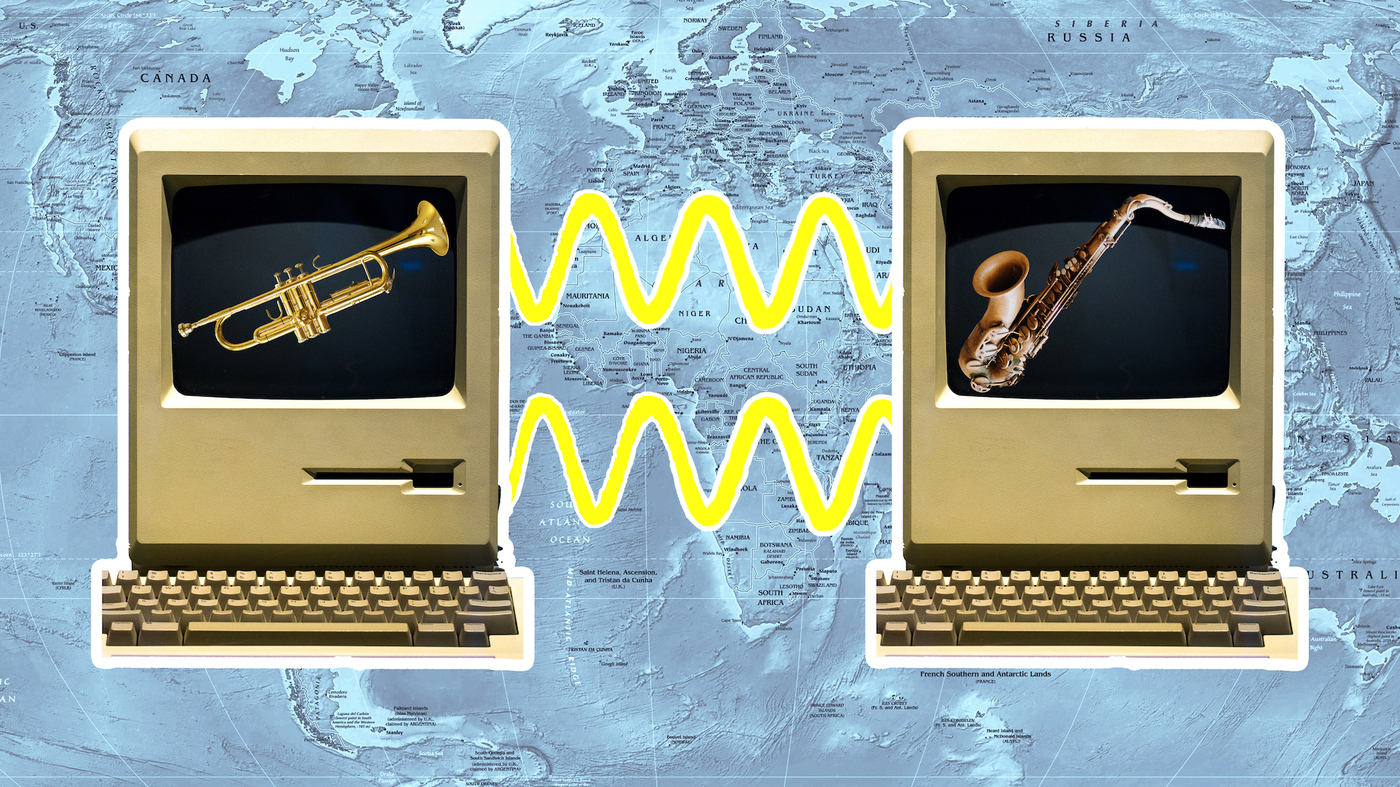 Here’s a seemingly simple question: Can musicians in quarantine play music together over an Internet connection? We’ve migrated birthday parties, happy hours and church services to video calls these days, so couldn’t we do the same with band practice? Across ubiquitous video conferencing tools like Zoom, FaceTime and Skype, it takes time for audio data to travel from person to person. That small delay, called latency, is mostly tolerable in conversation — save for a few overlapping stutters — but when it comes to playing music online with any kind of rhythmic integrity, latency quickly becomes a total dealbreaker.

This video follows pianist and composer Dan Tepfer down the rabbit hole. Tepfer often occupies the intersection of music and innovative technology (just check out his Tiny Desk concert), and by proxy has served his fellow musicians as a tech support line of sorts. A public inquiry on Twitter led him to jazz trombonist Michael Dessen, also a researcher at the University of California Irvine, who has centered his work around networked performances for over a decade. The solution: an open-source software called JackTrip, developed by Stanford University researchers Chris Chafe and Juan-Pablo Cáceres over a decade ago, that can transfer high quality audio data across the Internet at low enough latencies, within a geographic radius, to mimic someone playing music roughly 30 feet away; that’s the threshold at which most musicians can still play together in sync. It takes a bit of hardware and a strong Internet connection, but the setup has enabled near instantaneous latencies for musicians who want to improvise together online.

Tepfer has spent some of the last few months building a community of musicians using JackTrip at home, so they can practice together, work on new music, and even perform live-streamed concerts to fans as a revenue source while music venues remain closed in the pandemic. And while it’s not nearly the same as playing in the same physical space, it’s a close second in the era of social distancing.

Jeff Miers: You’re living in one of the top music cities in the country, believe it or not