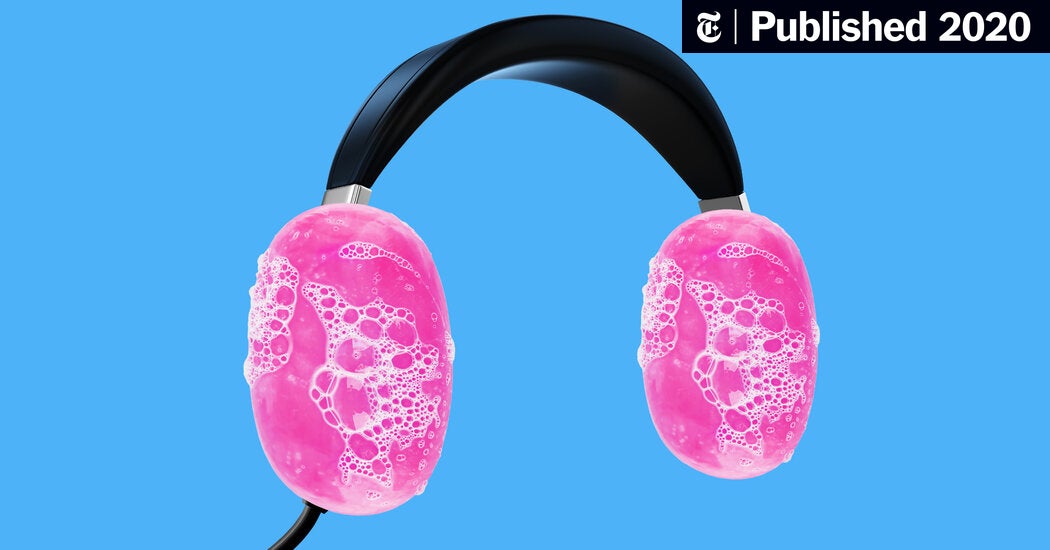 Students in U.S. high schools can get free digital access to The New York Times until Sept. 1, 2021.

What kind of music do you listen to? Do you ever listen to songs with lyrics that are explicit, suggestive or violent? Do you prefer the clean versions of these songs or the unedited ones? Why?

A top radio programmer for decades, Wynter has come across countless explicit rap tracks and “blue” R&B songs that required nips and tucks before they could be played on-air. But even Wynter, the head of hip-hop and R&B programming for the broadcasting giant iHeartMedia, was taken aback by “WAP,” Cardi B and Megan Thee Stallion’s brazenly graphic anthem of lubrication, when he was given a preview before the song’s release in August.

“It hits you at the very beginning — like, whoa! — and then it just keeps on going and going and going,” Wynter said, still marveling at the song’s barrage of suggestive imagery. “Thank God we have systems in place,” he recalled thinking, “that prevented that record from hitting the airwaves.”

Of course, “WAP” did hit the airwaves, and the streaming services, in a big way. One of the year’s most inescapable hits, it held No. 1 on Billboard’s Hot 100 chart for four weeks and drew 1.1 billion clicks on streaming platforms. An instant social media phenomenon, the song spawned remixes and memes galore, including a subgenre of outraged-slash-titillated parental reaction videos.

To an extent not seen in years, “WAP” also became something of a political lightning rod, decried by pearl-clutching commentators like Ben Shapiro, who saw the song as a “really, really, really, really, really vulgar” embodiment of liberal hypocrisy. (Cardi B has been a vocal supporter of Joe Biden and Bernie Sanders.)

Yet despite the song’s uninhibited raunch, its popularity was partly earned from one of the music industry’s oldest bugaboos: self-censorship. Before “WAP” could be played on the radio, its most explicit verbiage was pruned by Cardi B’s engineers. Wynter recalled that the ostensibly sanitized copy first offered by Cardi B’s label, Atlantic — the “clean” version of the song, in industry jargon — was still too racy for broadcast, leading Wynter to ask for nine additional, last-minute edits.

Mr. Sisario continues, explaining that censorship has a long history in the music industry:

Self-censorship was present at the beginning of rock ’n’ roll: Little Richard famously snipped “good booty” from the original lyrics to “Tutti Frutti.” But its current role in the music industry dates to 1985.

That was when Tipper Gore, who was married to Al Gore, then a United States Senator from Tennessee, helped start the crusading Parents Music Resource Center after being scandalized by a Prince song. Her group called for warning stickers on albums, a suggestion echoed during a Senate committee hearing the same year, which stirred fears of encroachment on musicians’ First Amendment rights. “If it looks like censorship and it smells like censorship,” Frank Zappa said at the time, “it is censorship.”

Then as now, race played a complex role. Black art has always been policed aggressively, particularly in popular music genres — a continuum that stretches from jazz to rock to hip-hop. But in the 1980s, rock and metal came under fire as well, and seemingly anything on the radio was a potential target. In one of the most surreal moments of the 1985 Senate hearings, John Denver defended his song “Rocky Mountain High” against accusations that it glorified drug abuse.

Record companies soon agreed to affix a “parental advisory” sticker on albums that they — not an outside regulator — deemed to include “strong language or depictions of violence, sex or substance abuse.”

Today, the pressure for clean versions of songs and albums has waned, but in some ways, Mr. Sisario writes, they are still important:

For artists who do not self-censor, the risk may simply be invisibility.

Music’s consumer landscape is now rife with family streaming plans and parental content-filtering. For customers who set their devices to weed out explicit material, Apple and Amazon automatically substitute edited versions of songs when they are available, and skip them altogether when they aren’t. Most of the time, virtually every track on Spotify’s powerhouse “Rap Caviar” playlist is marked explicit; for a tween on a content leash, it can take three or four arduous clicks to see if a clean alternative is available.

Among radio programmers, streaming curators and record executives, the standard scenario to explain the need for clean versions is that of a bystander child: Would an adult object if they heard a particular song with their child in the car, or in earshot of a smart speaker?

Students, read the entire article, then tell us:

Students 13 and older in the United States and the United Kingdom, and 16 and older elsewhere, are invited to comment. All comments are moderated by the Learning Network staff, but please keep in mind that once your comment is accepted, it will be made public.