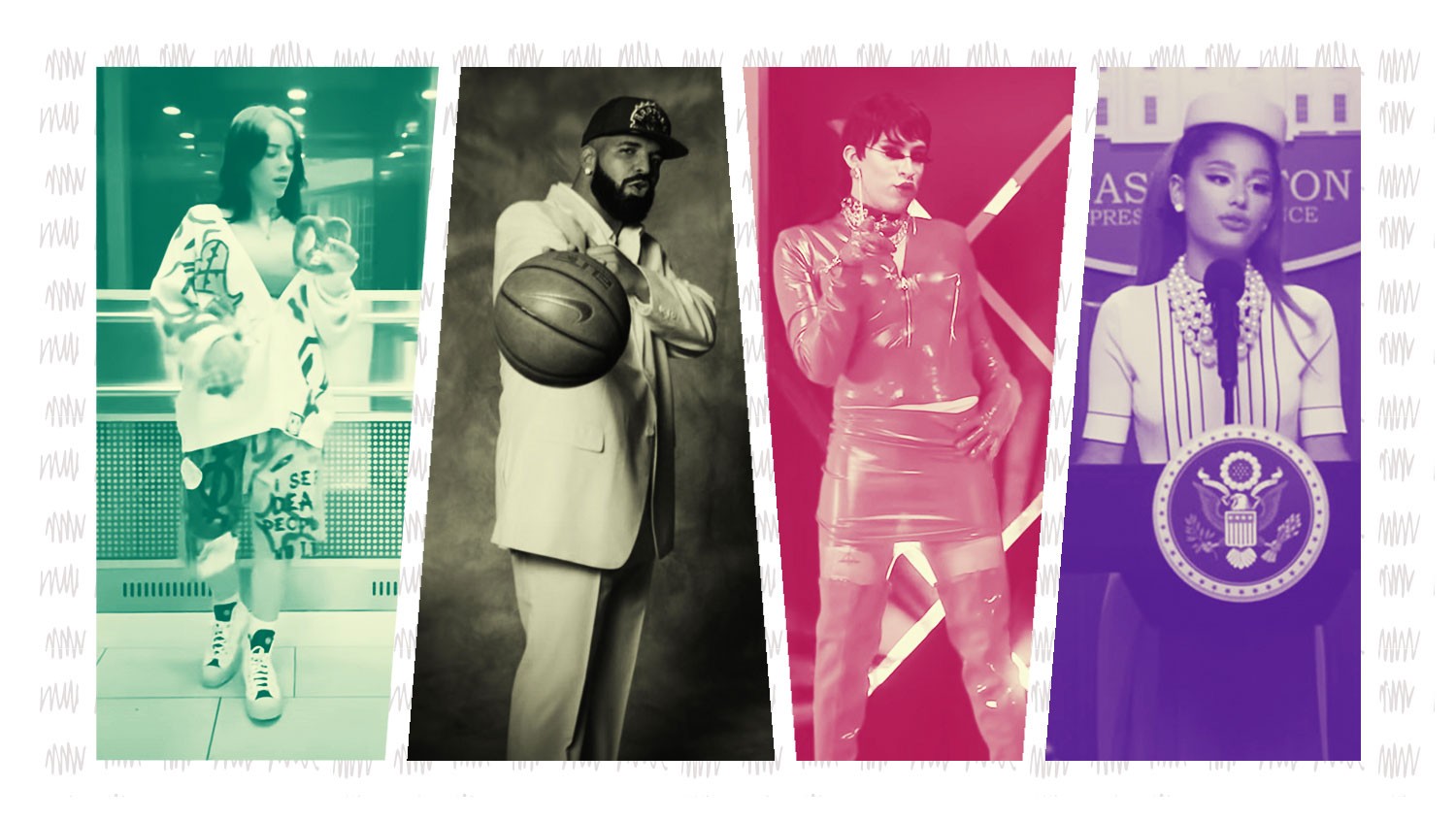 Alex Russo lives! Selena Gomez harkens back to her Wizards of Waverly Place days in the video for this cut from the deluxe edition of Rare, using a magic potion to turn all of her boring dates into frogs. As Gomez goes about subverting the fairy tale trope, don’t be surprised when the track’s low-key but hypnotic beat quietly hops its way into your head. — G.G.

The “Toosie Slide” video, which featured a masked Drake wandering solo around his TO mansion before setting off rooftop fireworks by his lonesome, was maybe a tad too on-the-nose for These Isolated Times. So in next clip “Laugh Now, Cry Later,” he enlisted sports superstar pals like Kevin Durant and Odell Beckham, Jr. (and co-rapper Lil Durk) for a late-night trip to the Nike offices — still feeling distanced from society in general, but not quite the “ghost town” of the song’s chorus — for a series of gleeful snapshot memes to give the Drakeverse a long-overdue sense of normalcy. The crying could wait, we needed the laughter this summer. — A.U.

Héloïse Letissier surprised fans back in February with a brand-new Christine & the Queens EP and a cinematic short film of the same name, La vita nuova, soundtracked by the project’s six songs. The nearly 14-minute video, directed by Colin Solal Cardo, was shot at the iconic Paris opera house Palais Garnier, and Letissier treats the entire building as her theatrical canvas, moving from the roof to a rehearsal space to the actual stage. Throughout the film, Letissier is followed by a blood-thirsty, lustful, horned creature called “The Fauna,” whose spirit invades Letissier after the Fauna meets his demise, and sends her chasing after guest star Caroline Polachek. The narrative threads throughout the film, but Letissier’s magnetic dancing is the real driving force behind La vita nuova’s success, as she melds modern dance, ballet and her own instinctive, expressive movements to fill in the blanks of the story. — C.W.

On the Tahn: Dance parties and live music at Roxian, Cobra, and more (November 24

‘For the sake of music’: Creative Q&A with Madeline Smith and Scott Helle discussing intimate relationship with music