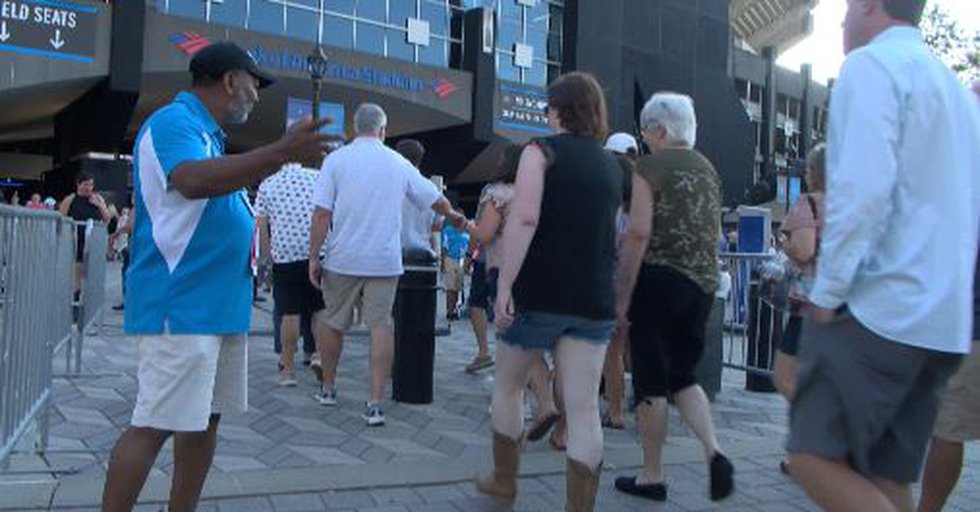 Brooks, a country music megastar, had to reschedule his stadium tour multiple times because of the COVID-19 pandemic. Now the concerts are finally happening and fans are elated.

Dominic Aguino said he traveled with his family from New Mexico just to be in Charlotte for Friday night’s concert.

“We saw him in Las Cruces a few years ago, then we bought tickets to Nashville last year. It rained so this is our makeup show. We came back out to the South and wanted to see him again,” said Aguino.

The Friday night concert was a first for Aguino’s young son, Dominic Jr.

“I’m really excited because this is like my first ever concert,” said the younger Aguino.

“It was the first concert I ever went to when I was 13 years old. My family took me, my brother and my sister and now I’m back going with my husband and cousins,” said Webb.

She said she still considers that concert the best show she’s ever attended. Aguino also raved over Brooks’ performances.

“He’s just such an entertainer. He gets the crowd going the whole show,” said Aguino.

Brooks’ second show in Charlotte is scheduled to begin at 7 p.m. Saturday night. Tickets are still available for purchase on the secondary market.

Adele Just Teased Her New Music, and Fans Are Melting Down

‘As wonky as possible’: Rice Chorale finds joy in music