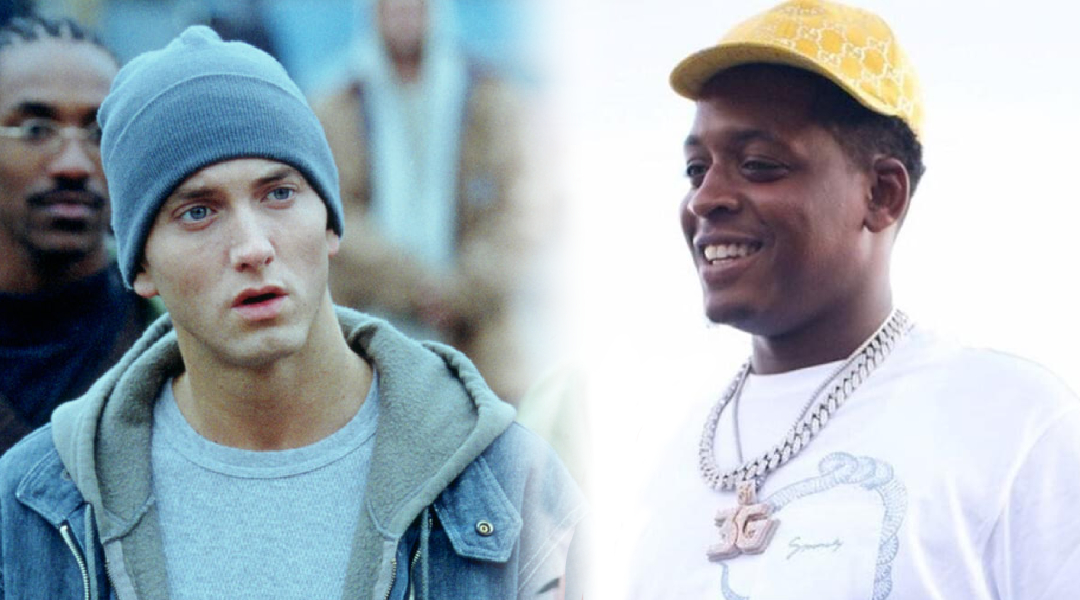 The young Detroit rapper discovered Eminem only a year ago and learned to appreciate his lyrics. Even a family connection to Em’s masterpiece didn’t influence him before.

However, even the fact that his father had got paid for playing a part in “8 Mile” was a mystery for him until he grew up. Baby Money explained it in his interview with Bootleg Kev:

I ain’t started listening to Em until a year ago. What’s that one song, “You only get one chance to blow”? “Lose Yourself”. I never actually listened to what he was talking about. Then I finally listened to him. When I finally listened, I was hearing what he was saying. I’m like, alright, this hard for real. My daddy is in 8 Mile too. He’s right behind Eminem in the last battle. He ain’t rapping, he’s in the background. I didn’t even know that until I got older. But he got a check for playing in the movie and everything.

There are two interesting points to pay attention to in Baby Money’s answer. First, by saying he didn’t listen to Eminem, the young rapper means that he didn’t pay attention to it. Eminem’s music was obviously around, but he didn’t work on unpacking the meaning of Marshall’s lyrics. And when the time came – he learned to appreciate how hard En goes as a lyricist. And the second is his dad’s connection to the movie. Marshall famously wanted to make the story as authentic as possible. The rap crowd in “8 Mile” consisted of people who would really go to The Shelter in Detroit. They, and not young actors, represented the Detroit hip hop scene. And all of them got paid an honest check.

Watch the interview fragment below:

After fleeing his home, a Syrian boy finds joy in music and art