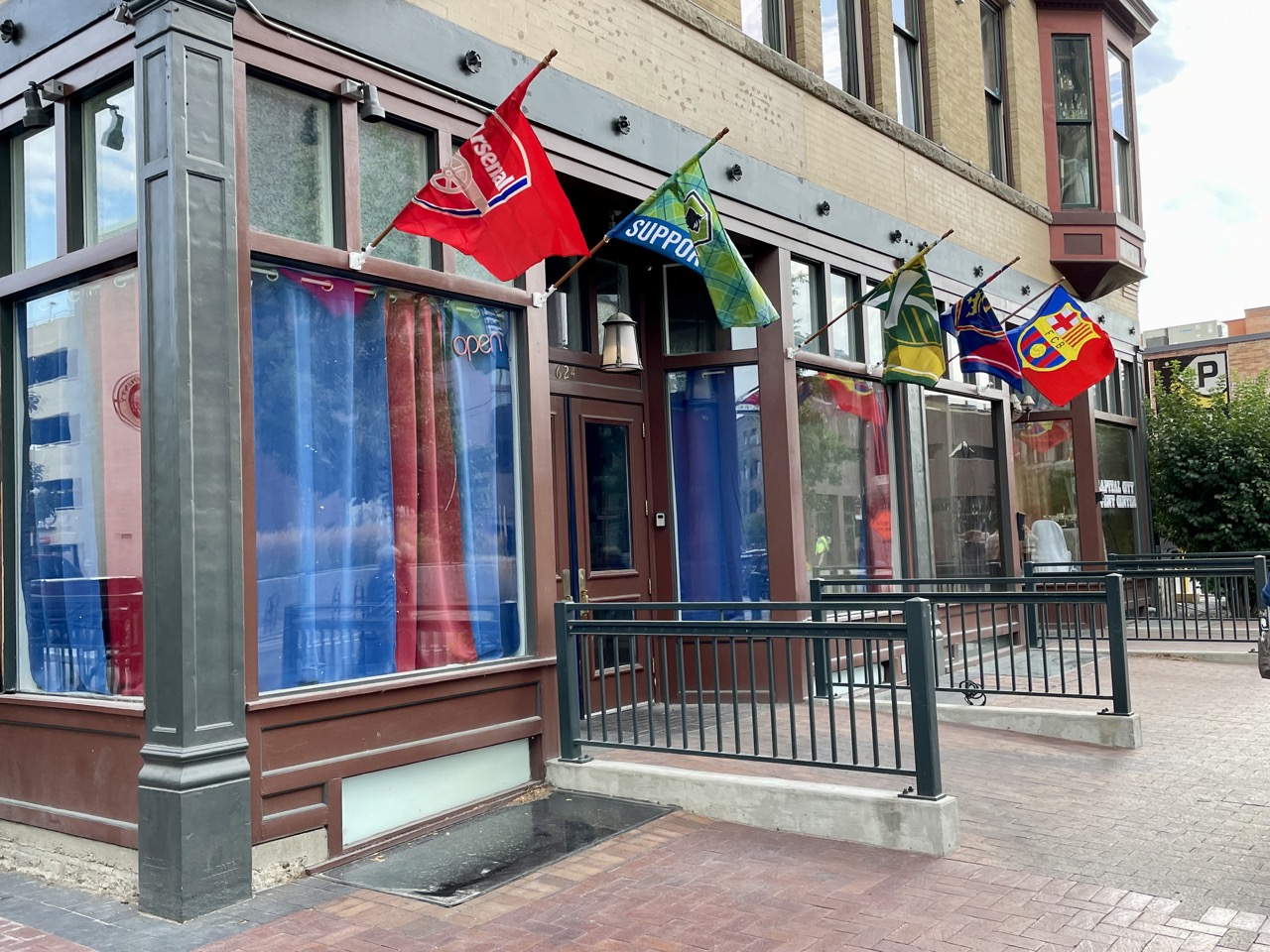 There’s a new sports bar in Downtown Boise, but don’t expect to grab a table and watch Boise State or the Seahawks play.

Liga, which means league in Spanish, is adorned with seven different TV screens, but instead of a focus on football – it will focus on football. No, that’s not a typo. Rather than American sports like gridiron football, Liga will showcase what we call soccer (but everyone else… calls football).

“We hope to make Liga Boise the premier international sports pub which focuses on sports like soccer, rugby, Formula 1, tennis, and much more,” Liga’s managers wrote on Instagram.

The bar space will serve up international beers and spirits as well.

A series of flags now adorn the front of the historic Adellman building, including for regional soccer teams the Portland Timbers and Seattle Sounders.

State of Idaho business entity filings show that Liga Boise, like Mala Luna, is owned by the same group behind Boise Fry Co., which operates several other businesses in the Adelmann Building. The space has seen significant turnover over the years, hosting everything from a Starbucks Coffee cafe to Caffe Capri to Dharma Sushi and Thai.

For now, Liga Boise is open Tuesday through Saturday from 5 p.m. to midnight.

Remembering 5 Berks sports legends who passed away in 2021