In his accompanying interview, the actor talked about his unforgettable experience with the worldwide success of “Squid Game,” his recent role in “Narco-Saints,” and his future goals as an actor.

Park Hae Soo reflected on the unprecedented success of “Squid Game,” saying, “It was amazing to see overseas fans recognize us. We felt welcomed everywhere. I will never forget the experience of traveling around the world for a year with my “Squid Game” colleagues,” and added humbly, “I’m proud that I helped promote Korean content widely.” 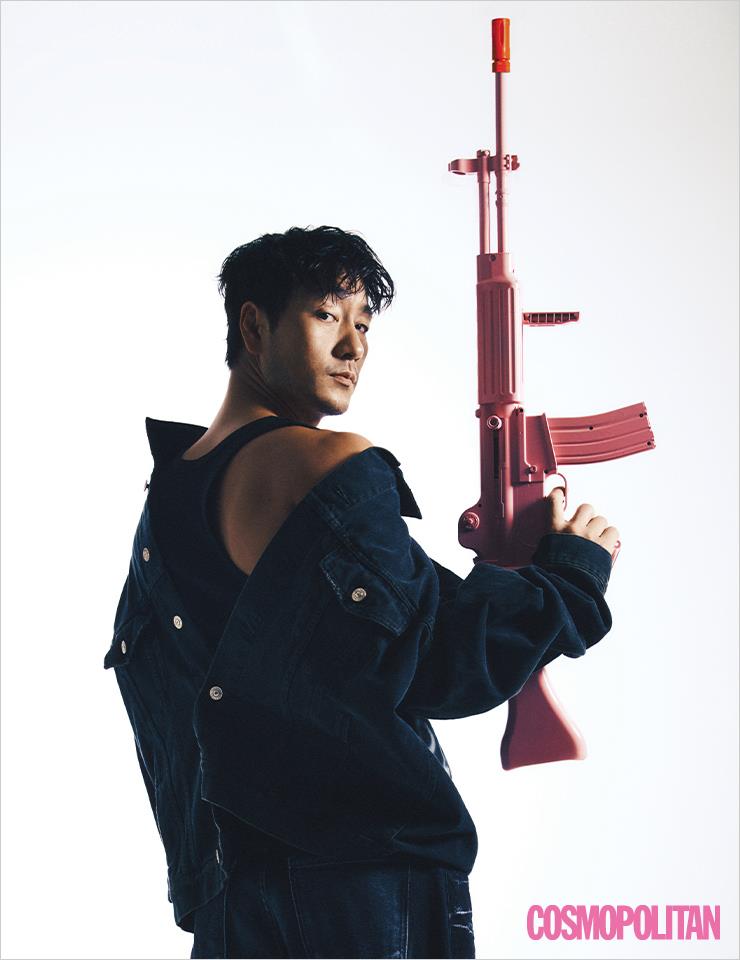 When asked about his new role as Choi Chang Ho in “Narco-Saints,” he compared the movie to tteokbokki (Korean spicy rice cakes), saying that it was a mix of spicy, salty, and sweet flavors. He continued, “I played two roles in the movie. Choi Chang Ho disguised himself as Goo Sang Man, so I tried to portray the two characters differently. Goo Sang Man is a person who spits as he pleases and walks with arrogance, so I tried to change every little thing from Choi Chang Ho’s behavior to his way of speaking.” 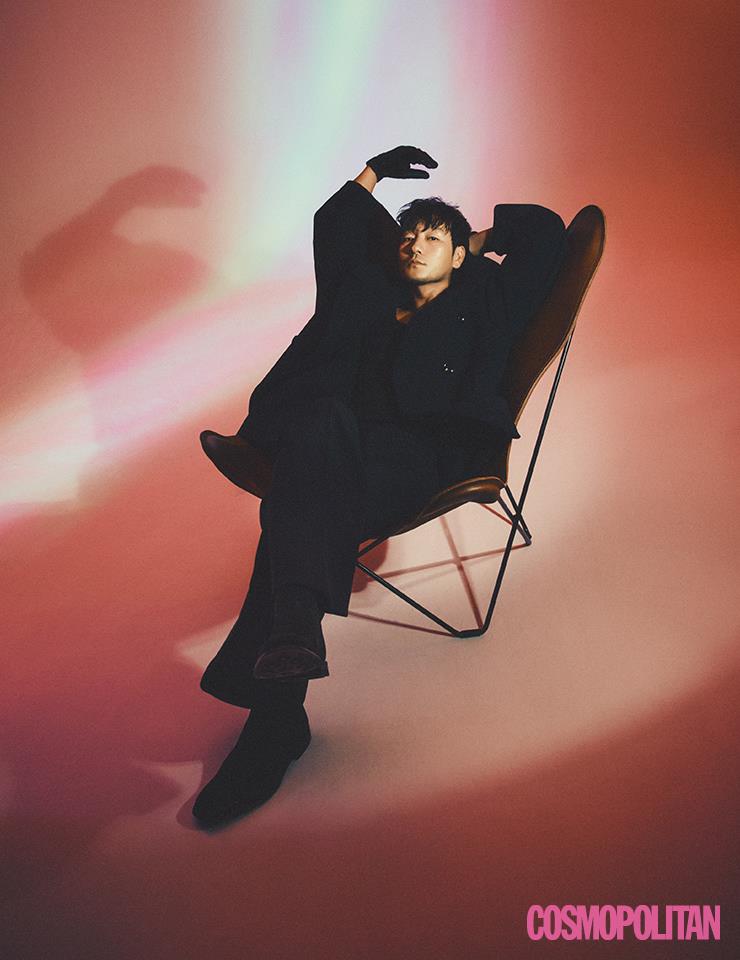 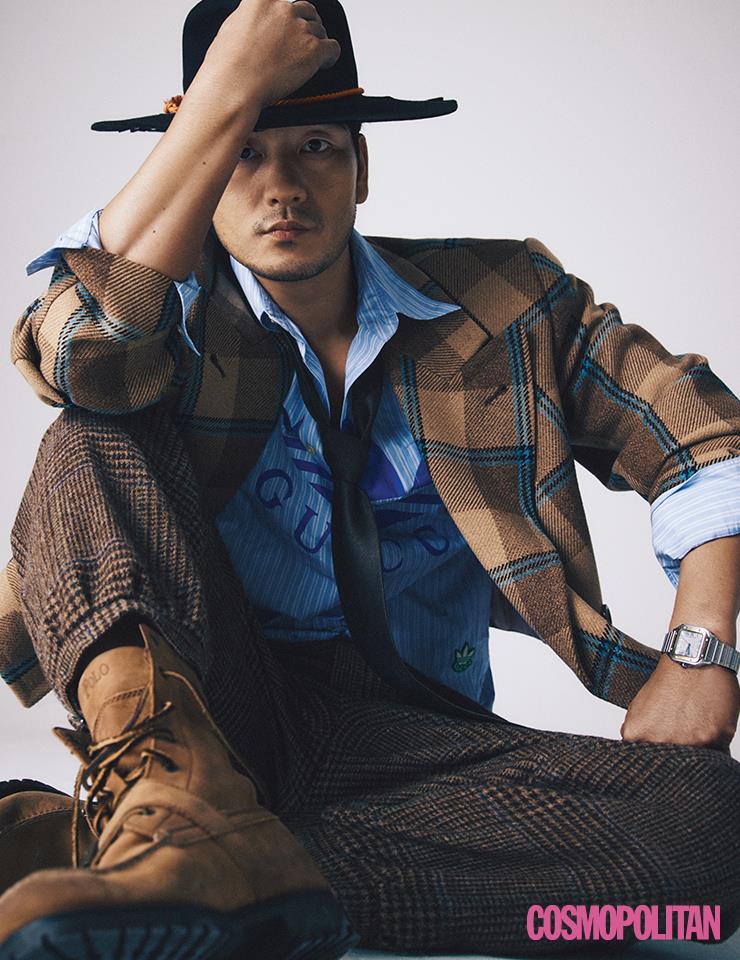 Delving deeper into his character in the movie, he explained that he also discussed the character a lot with the director, as he said, “I tried to find justification for (my character) to send a civilian named Kang In Gu to a battlefield. I talked to the director for a long time because I thought it was because Choi Chang Ho was an obsessive person, not just because he was patriotic. I was also immersed in changing the overall tone and variations of speech that I tried in certain scenes.”

Just like one of the photos in which he popped a bottle of champagne, Park Hae Soo was also asked if he felt like he had received the attention and love that was worth celebrating, to which the actor replied, “Yes. However, I don’t want to be swept away by this wave [of fame]. I want to follow my own path, to swim in the direction I originally wanted to go like a whale that isn’t bothered by the wave.” 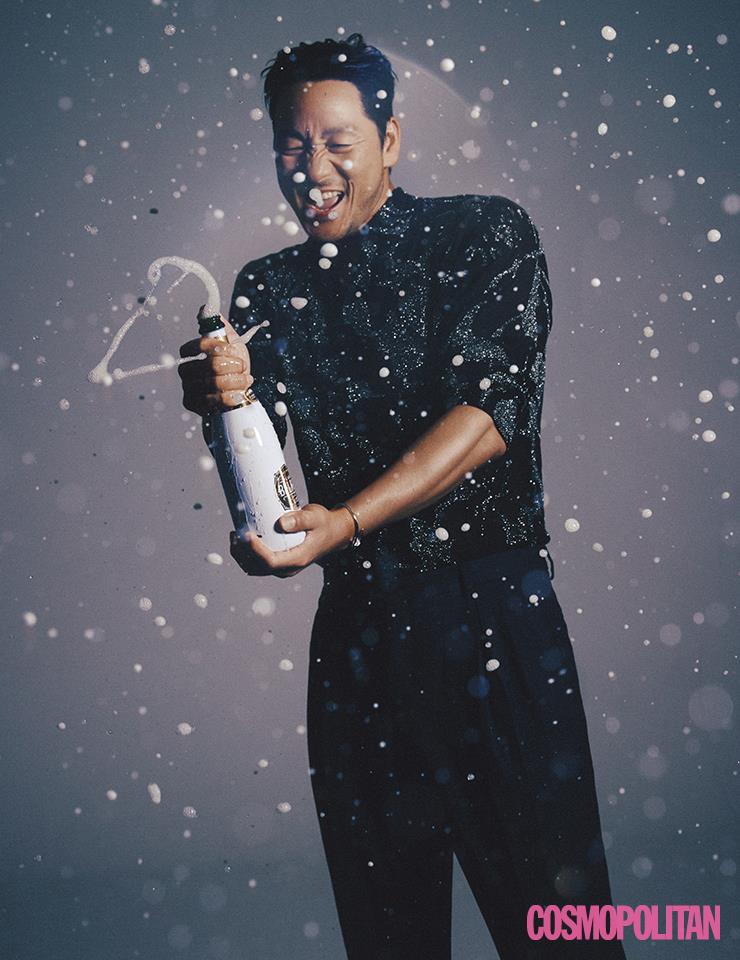 Despite his continuous success, Park Hae Soo still maintained his modest mindset as he described himself as an actor who would still take the role in a small play, saying, “It’s hard to believe that someone who used to perform even with only one audience member and put his all without caring about the size of the audience has now become an actor who receives such worldwide attention and love. Like all actors, I also dreamed of becoming a good actor without putting my sole focus on pursuing popularity. That’s why I’m even more grateful for the enormous attention I have received now.” 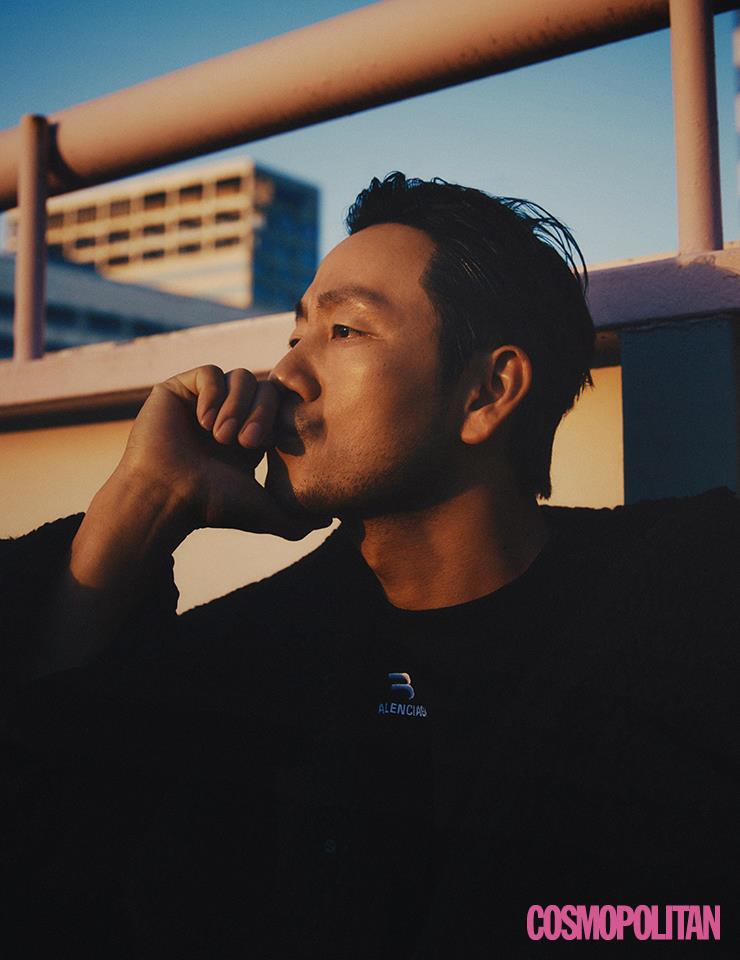 Finally, Park Hae Soo ended the interview by talking about his future goal as an actor, saying, “I want to be a comfort to someone through my acting and projects and spread the power this culture and art has. Still, since I came out to this sea to become an actor, shouldn’t I go all the way? Slowly, not in a hurry.”

The full interview and photos of Park Hae Soo can be found in the October issue of Cosmopolitan.

How does this article make you feel?

NCIS Season 20 will Unleash Several Mysteries of the Characters

‘1899’ Trailer: The Creators Of ‘Dark’ Return With A New Supernatural Mystery Series In November