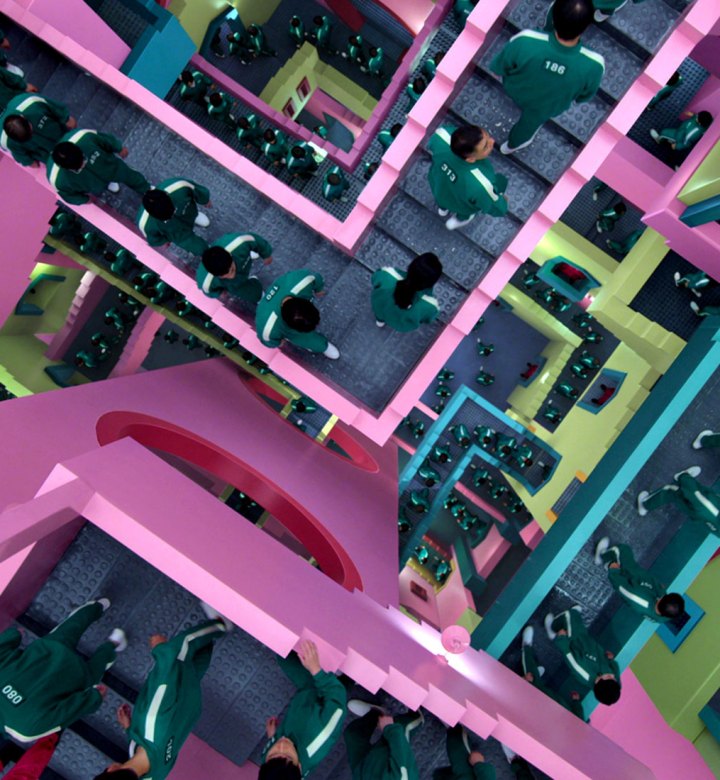 We’re not ashamed to admit that we’ve spent hours combing through fan theories about Squid Game season two. The history-making survival drama, which garnered 111 million viewers in its first month on Netflix, captivated viewers with its eye-catching visuals and unsettling premise. And now, as we impatiently wait for Netflix to release new episodes, we’re compiling a list of drama shows that are equally as compelling, from Kaiji: Ultimate Survivor to Alice in Borderland. Keep reading for the 15 best shows like Squid Game.

Will There Be a ‘Squid Game’ Season Three? Director Hints at the Possibility

Think Squid Game, but without the cash prize and classic children’s games. Alice in Borderland revolves around a skilled gamer named Arisu, who finds himself trapped in an abandoned Tokyo. He quickly learns that—in order to survive—he must compete in a series of deadly games, which are chosen by playing cards. But if he fails, he’s brutally executed by a red laser.

Inspired by the video game Danganronpa, the series centers on a group of 15 high schoolers who get locked up inside their elite school, Hope’s Peak Academy. The students are terrorized by an anthropomorphic bear named Monokuma, and their escape plan puts everyone’s lives at risk.

Imagine a futuristic society where everyone resides in either 1) the land of poverty (Inland) or 2) the land of plenty (Offshore). At one point, the Inlanders are given a rare opportunity to move to Offshore and better their lives. But there’s one catch: They must complete an extremely difficult challenge known as “The Process,” and the success rate is only three percent.

Lee Yoo-mi, aka Player 240 from Squid Game, stars in this zombie apocalypse horror as a wealthy student who’s forced to navigate a zombie outbreak at her high school with no food or access to help. Twisted games aren’t involved…but there’s plenty of suspense, along with similar themes of survival and loyalty.

Based on the Japanese manga Gambling Apocalypse: Kaiji, the anime revolves around Kaiji Itō, a poverty-stricken gambler who falls into a massive debt that he can’t repay. Things appear to look up when he gets a chance to repay his deficiencies. But he quickly learns that it will involve competing in a series of life-threatening games on a cruise ship. (Sound familiar?)

In this edge-of-your-seat thriller, a high school student named Yuri Honjō gets trapped in a strange world that’s filled with skyscrapers and, worse yet, masked killers who are trying to hunt her down. But over time, she realizes that she isn’t the only teenager trapped there. Can Yuri and her peers figure out a way to escape?

When Sewon, a brain scientist, loses his entire family to a mysterious tragedy, he decides to investigate what truly happened to them. His method of choice? To retrieve memories from those who have passed away through a special procedure. However, it’s only a matter of time before those memories start to interfere with his own life.

If you’re looking for an edge-of-your-seat horror that tackles deep themes like humanity and morality, then this one’s for you. Shortly after Cha Hyun-soo moves into his new apartment, deadly monsters start to emerge and wreak havoc on the town. But does Cha have what it takes to stop the invasion before it’s too late?

Kaname, a 17-year-old student, accepts a seemingly harmless invitation to play a mobile app game known as “Darwin’s Game.” But little does he know that he’s been sucked into a dark and twisted challenge that puts his life at serious risk. After realizing he’s trapped, he must figure out a way to defeat the evil Game Master.

To everyone, Oh Ji-soo is a star student. But what they don’t know is that he’s making extra cash through an illegal (but lucrative) side hustle. Before long, his classmate discovers his secret and forces him to let her join the business. But this only causes more trouble. Like Squid Game, Extracurricular explores class and income inequality, while also shedding light on how far people will go for money.

The twisty psychological thriller begins with a group of high school students who wake up to find themselves shackled to the floor of a mysterious room. As they attempt to plan an escape, they come to realize that they all have history with a classmate who vanished several months ago. And over time, the girls start to disappear one by one. Will any of them get out alive?

If you’ve seen any movie in the franchise, then you already know that The Purge is all about human survival. Set in a dystopian future, where the United States allows crime to be legal for one day of the year, the series follows several characters as they try to survive the horrifying event. Unlike the movie franchise, the show also dives into the aftermath of the Purge.

A group of 23 high school graduates compete in the annual “Panic” competition for a grand prize of $50,000, but it’s not to settle debts. Rather, this could be their golden ticket to freedom for life outside of their dull Texas town. But the stakes are high, and only one of them can win.

One can argue that Squid Game feels like one giant Black Mirror episode, thanks to its suspense, brilliant social commentary and thought-provoking story lines. Practically every episode will have you thinking long after the credits roll, ranging from topics like advanced technology to social media.

Like Squid Game, The Future Diary offers a similar gaming structure but with supernatural elements. The series follows 12 people who are given special future diaries (or journals that can predict the future) by the God of Time and Space. But unbeknownst to them, they’ve been chosen for a survival game to become the next heir to the universe.

St. Louis artists sought to recapture the stage in 2021