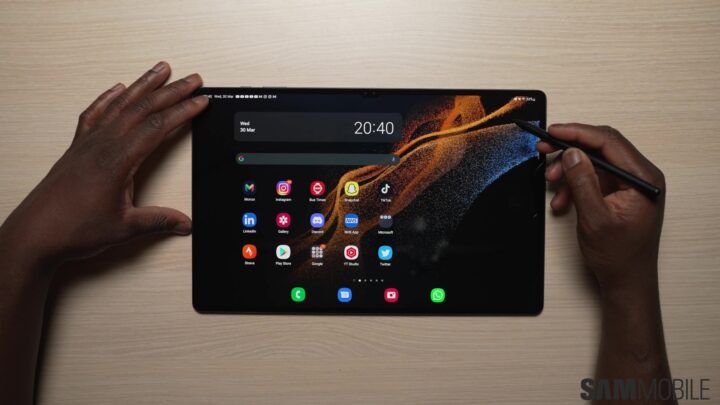 Global tablet shipments haven’t seen considerable growth since they hit their peak back in 2014. The shipments have registered a steep decline since then. Apple and Samsung are the two major players in the market. The iPad remains a popular device and its dominant position has so far gone unchallenged.

While a lot of companies used to make Android-powered tablets in the past, many have now given up on the form factor. This has contributed to the decline in Android tablet shipments. Samsung has soldiered on and aside from releasing new flagship tablets every year, its lineup also consists of mid-range and affordable tablets. Despite the declining tablet market, Samsung remains the second-largest tablet vendor in the world.

Chinese manufacturers like Huawei and Xiaomi also make tablets but their contribution to the overall market share is negligible. That’s largely due to the lack of availability in Western markets. For all intents and purposes, Samsung is the only global Android tablet vendor with a diversified lineup offering options across all price segments.

Samsung’s sustained commitment to the form factor is the main reason the Korean giant maintains its grip on the market. There’s also the fact that the only Android tablets worth buying are made by Samsung. From robust design and build quality to exceptional specs and unmatched software support, no other Android tablet manufacturer even comes close.

You’d find it difficult to come across an Android-powered competitor for the Galaxy Tab S8 Ultra, Samsung’s bonkers and most powerful tablet yet. This is a device meant for power users who need a tablet to get work done. Lenovo does have some options in this segment but they’re unable to match the sheer magnificence of this device.

The incredible software support that Samsung now offers remains unmatched even by many smartphone manufacturers, let alone those in the tablet business. The Galaxy Tab S8, Tab S8+ and the Galaxy Tab S8 Ultra are among the Samsung devices supported for four Android OS upgrades. The incredible speed with which Samsung has been rolling out Android 13 has benefitted tablet owners as well.

It has already started rolling out the Android 13-based One UI 5.0 update to the Galaxy Tab S8 series. On the other hand, Lenovo’s flagship Android tablets are still on Android 12 and there’s no sign of the latest OS upgrade as yet. Huawei’s doesn’t get Android anymore whereas Xiaomi’s models are still lagging behind.

Aside from the obvious superiority of Galaxy tablets in the design, specs, and performance departments, Samsung’s efforts to bring innovative software experiences to improve the user experience on tablets are also worthy of mention. The DeX experience is one such example. Samsung created this software platform to enable users to have a PC-like experience on their tablets. It brings advanced productivity-focused features with a unique user interface that makes multi-tasking a breeze.

One UI 4.1.1 infused more PC DNA to Samsung’s custom Android skin with the Taskbar. It brings all of the app shorts from the favorite apps bar front and center. It also includes shortcuts for recent apps, making it very easy to launch an app or several apps in multi-window.

It’s quite clear that Samsung isn’t going to abandon the tablet form factor any time soon. Customers who buy a Galaxy tablet get the peace of mind that their device will continue to be supported, and that they’ll be able to get good trade-in values for their existing device whenever they decide to upgrade. With Galaxy tablets ticking so many boxes, it’s no surprise that these are the only tablets worth buying.

On the subject of buying tablets, if you’ve been thinking about picking one up, you can save up to $730 on buying a Galaxy Tab S8 series device directly from Samsung.

Apple event: The Watch ad with the bear