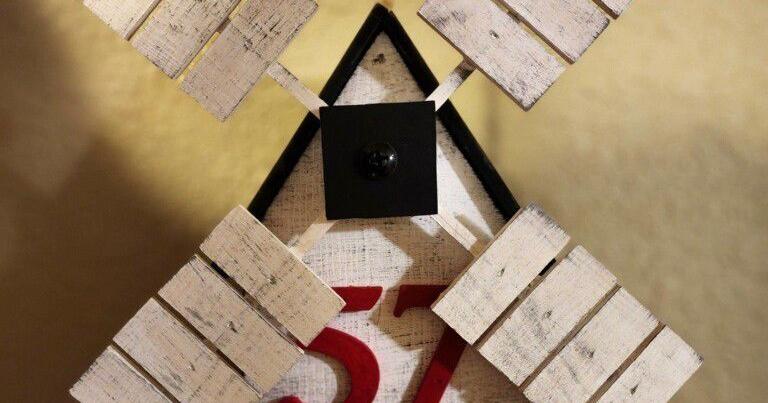 KENDALLVILLE — The 92 County Christmas Tree at the Indiana State Museum in Indianapolis has been on display since 2008, with all 92 counties represented by handcrafted, three-dimensional ornaments created by local artists.

Two local artists, mother and daughter, have made new ornaments for Noble and LaGrange counties. Peg Tassler, of Pretty Lake in LaGrange County, and her daughter, Carly Caron of Kendallville, took on the task of making ornaments to honor the histories of both counties.

Tassler made an Amish buggy pulled by a horse out of papier-maché to symbolize the Amish culture in LaGrange County.

Caron focused on Noble County’s historic role in wind power development. She created a wooden version of the Robertson Post Windmill replica at the Mid-America Windmill Museum in Kendallville.

Tassler said she began her research by learning more about Amish culture.

“A focus for me was the quilts,” she said. “I learned the most popular color in Amish culture is purple.”

Tassler molded the horse and buggy separately with layers of the News Sun newspapers, bonded together with Modge-Podge glue to create a sturdy ornament and hard surface for painting.

The buggy features a LaGrange County sign, a quilt square, the number 44 for the county’s place in the alphabetical list of counties, and the silhouettes of an Amish man and woman in the front seat. State Sen. Sue Glick is a passenger in the buggy, shown as a photograph. The buggy wheels actually turn.

The horse wears a quilt on its back and the number 44.

Tassler said connecting the horse to the buggy was a challenge. She used small dowel rods for the buggy shafts, and drilled tiny holes for eyelet screws that hold the dowel rods in place.

Caron is a young mom, busy with her children, and works in LaGrange County, Tassler said. Caron first considered a papier-maché apple, but then switched to the windmill design.

The windmill ornament bears the number 57 for Noble County’s place in the alphabetical list of counties.

According to the Indiana State Museum website, the county ornaments must be three-dimensional, 10 inches by 15 inches in size and weigh 5 pounds or less. Chosen artists were required to supply a sketch of the design along with a narrative explaining the message of the ornament, all by a deadline.

The 92 County Tree has been a fixture at the Indiana State Museum since 2008. The tree, two stories tall, is getting a facelift this year with 60 new ornaments, and another 32 new ones next year. The museum is at 650 W. Washington St., Indianapolis.

Mark Ruschman, the Indiana State Museum and Historic Sites’ senior curator of art and culture, has been approaching artists around the state since the beginning of 2022 to design and make new ornaments that reflect their county – “to bring recognition to things that were understated about the county or of interest to the artist.”

Tassler said Ruschman had contacted Tiffany Parker, the site manager of Gene Stratton-Porter State Historic Site in Rome City, for recommendations of local artists. Tassler first agreed to do both Noble and LaGrange counties, but then worried about the timetable for completing the ornaments. She reached out to Caron for help.

“The response has been great,” Ruschman said in a museum blog. “The artists like the challenge, but also, they’re honored to be considered for this project in the first place. They take a great deal of pride in the fact that their piece is going to be hanging on the museum’s tree. We’re creating a digital kiosk with a catalog so people can come in and look up their county and not only see the ornament on the tree but also read what the artist has written about the ornament – what inspired them, how they made their ornament and who they are as an artist.”

Tassler formerly had SOZO Art Studio and Gallery in downtown Kendallville. She closed the studio during the pandemic, sold her Kendallville building and moved to LaGrange County.

She recently resurrected the SOZO studio and gallery in a building near Cree Lake that formerly was occupied by a landscaping business. She has relaunched Sip, Paint & Create parties, kids’ birthday parties and private art lessons to individuals. She is also painting a giant Christmas card for the Kendallville Parks Department’s annual display in Bixler Lake Park East.

Tassler also works part time on Sundays from 2 p.m. to 6 p.m. at The Pottery, the ceramics studio at the Community Learning Center.