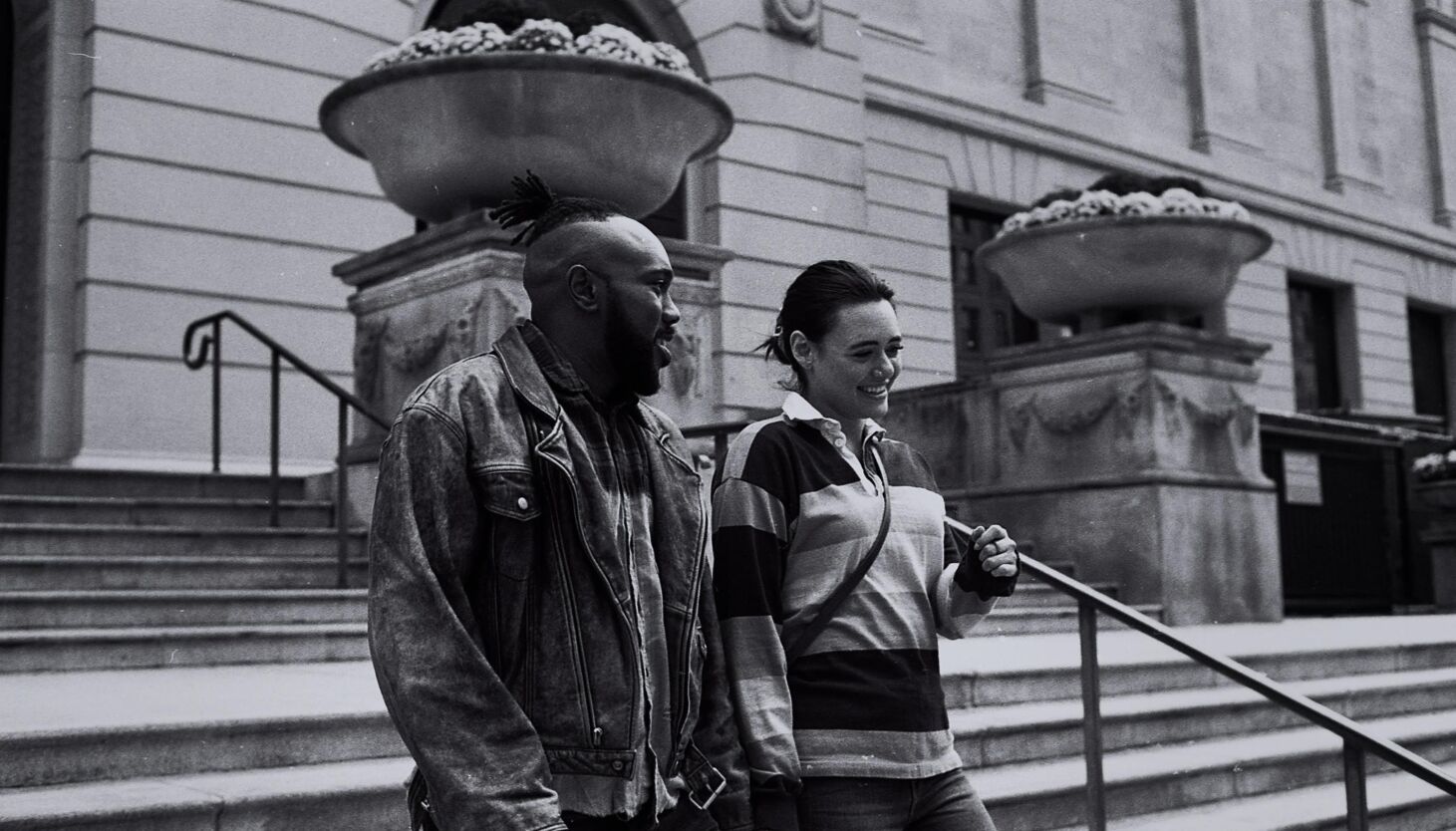 There’s something uniquely DIY and scrappy when it comes to Chicago’s indie music scene. It’s something Remsy Atassi sought to capture in his award-winning directorial debut film “Bad Animal.”

The film — available to stream now on Prime Video, Tubi, Mometu, Hoopla and www.emulsionlab.com — is a love letter to the city’s music scene.

“Chicago is almost like a character in the movie,” says Atassi, co-founder of the Chicago film company Emulsion Lab. “All these cool DIY venues are part of the history and legacy of Chicago music. The DIY scene is a huge thing here. It’s such a cool, diverse world, where all these different kinds of artists come together. … It felt like there was a big story there.”

The film tells the fictional story of Sembré and Marlene, who fall in love while trying to grow their music careers. Sembré — played by Chicago poet, artist and actor Mykele Deville — is a rising hip-hop star building off the success of his debut album. (Deville also is the former Hideout employee whose complaints led to the club’s temporary shutdown.) Marlene — played by Chicago native Rivkah Reyes of the film “School of Rock” — juggles being a musician, manager and label co-owner.

When a producer shows up with a major label deal for Sembré, they have to confront their past and who they’ve become while navigating this newfound fame.

The film is a cautionary tale about the price of success.

“You’re put under a microscope in your decisions, and you get people around you where it’s harder to trust or relate to those things and you get voices in your head,” he says. “We always have to be careful of that voice and try to stay true to who we really are. But also, mistakes are part of life … and there’s always room to grow and change and learn.”

Filmed in 2019, “Bad Animal” builds on the work that Atassi and director of photography Sean Robert Kelly have created at Emulsion Lab since starting it in 2017. They’ve worked on photo shoots, videos and short films centered on local musicians. A Kickstarter campaign for the film raised over $15,000.

“The script seemed like a perfect marriage of the content that we had been producing and the artists we had been working with,” Atassi says. “If you have good people around you who support you, then you just know you’re not going to give up.”

The film features a locally sourced soundtrack, featuring original songs by bands such as The Palmer Squares, Chris Crack, Pixel Grip, Malci and Pet Symmetry. Deville and Reyes covered some of the songs in the film.

Music has been important for Atassi since he was growing up in northwest Ohio. He’s lived in Chicago for 15 years. He enjoys the city for its sense of community.

“There’s so much true artistry here because people are here because they’re passionate about their craft,” he says. “Making art for its own purpose and to connect with people and have the community can be an end in and of itself.”

It helped that Reyes and Deville had chemistry, as they’ve been close friends since going to the University of Illinois Chicago. Reyes enjoyed having an opportunity to act with her friend and be part of another music-based film.

“It was good to share some of that actual lived experience that I had from being a musician in Chicago, from dating musicians, from knowing a lot of musicians in Chicago,” she says. “It’s easy for me to imagine myself in the lived circumstances of Marlene because I have lived those circumstances.”

She no longer lives in Chicago, but the city will always feel like home. She enjoyed filming at familiar locations, including The Beat Kitchen, where her band in high school performed in a battle of the bands.

“To be able to have one of my last months in Chicago shooting a movie at [these places], it was just wild,” she says. “I really did feel like it was the perfect end to my time in Chicago, sort of bittersweet.”