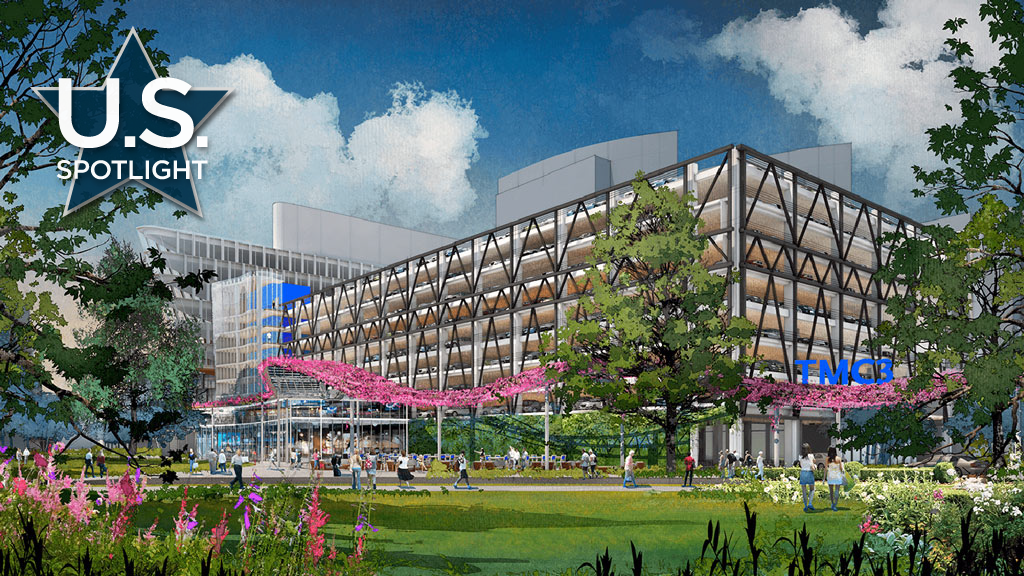 Headlines announcing major pullbacks in technology investments in Texas are sending shivers up the spines of the real estate and construction sectors. Yet despite this, the state has a bright and steady future ahead in the medical services and biotech industries.

The November issue of the Texas Business Bulletin, published by the state governor’s office, points to global leaders such as Kimberly-Clark, McKesson, Galderma, Novartis and Abbott, each with major in-state operations.

“TMC (The Texas Medical Center) is the largest medical center in the world,” the bulletin continues. “There are more clinical trials conducted at the TMC in Houston than at any other single site in the world. Texas offers a robust workforce of more than 105,000 and churns out 18,000 industry-related graduates annually through Texas schools. These schools produce a whopping $6.6 billion in annual research and development expenditures.”

In fact, the TMC is expanding. In September, it announced an additional fourth campus, the TMC Bioport, on 500 acres in south Houston, and expects its size to a double over the next five to 10 years.

“TMC Bioport will provide an onsite upskill training center, creating over 100,000 new job opportunities for residents in the Greater Houston region,” a media release said. “This vital initiative is aligned with the expectation that the U.S. will significantly increase its bio manufacturing capacity to assure ready access to pharmaceuticals, therapies and medical supplies.”

TMC’s Helix Park, a 37-acre life science campus, created by the Boston-based team of Elkus Manfredi Architects and developer Beacon Capital Partners, broke ground in 2020 and is expecting Phase One completion in 2023. The facility will host collaboration among industry, academia and entrepreneurs, and will include over six million square feet of developed space and 18.7 acres of unique public green space when completed.

Houston-based developer Hines, in partnership with 2ML Real Estate, has announced intentions to develop a 53-acre life sciences district near the TMC as part of an overall $1 billion investment commitment.

The Houston area is nationally recognized as a center for medical technology and life science in the state.

According to Commercial Café, Houston ranks 10th among U.S. metropolitan areas in terms of regional talent pool and the overall state of development toward expanding life sciences capacity. A report published by Newmark Group, a New York-based commercial real estate advisory, says wages in Houston’s life science sector rose 4.8 per cent over the past three years for an average annual wage of $141,623, while life science employment in the region has grown 24.6 per cent.

However, Houston’s prominence in medical and life science is closely matched by Austin.

According to the Austin Chamber of Commerce, the city and environs currently host nearly 300 life science employers and a workforce of over 18,000 in a well-rounded mix of high growth and research areas.

“Life science employment expanded 73.7 per cent over the past three years,” says Newmark Group. “Job growth is expected to continue to grow at a predicted 6.5 per cent through 2025.”

The Newmark report highlights new developments in Austin, like the flagship building Innovation Tower in Austin’s Innovation District as the future anchor of the city’s life science cluster, along with the Dell Medical School at the University of Texas at Austin.

Other notable developments include Parmer Labs, which next year will deliver 100,000 square feet of lab and office space and the conversion of the Highland Mall on Austin Community College’s campus into the ACC Bioscience Incubator.

Elsewhere, Fujifilm Diosynth Biotechnologies held a groundbreaking celebration for an expanded $300 million vaccine manufacturing facility in College Station on the Houston-Dallas Forth Worth corridor. The facility is expected to be the largest single-use contract development and manufacturing organization production campus in North America, and could lead to as many as new 150 highly-skilled jobs.

While the state supports major investments such as Fujifilm Diosynth Biotechnologies through its Texas Enterprise Fund, the expansion of educational facilities is also high on the list for state support.

In October 2021, Texas passed Bill 52, launching a $3.3 billion bond package that will send tens of millions of dollars to several universities in Texas to assist with the construction of labs and research facilities, thus assuring the state a prominent place in American medical development.

Good UX is a top priority with work technology