A little over a week ago Apple launched its Emergency SOS feature on the iPhone 14 series. Those iPhone 14 users in the U.S. and Canada facing an emergency without the ability to connect to their carrier’s cellular network, Wi-Fi, or a mobile hotspot will be able to look up to the skies for some help from the heavens. In other words, iPhone 14 users will be able to connect to a satellite that will help them send a message to emergency services or to Apple-trained specialists who will pass the message along to the proper authorities.
Huawei has a limited satellite service for users of its latest Mate 50 flagship series. Using the China-built Beidou satellite navigation system to get around U.S. bans on GPS, Huawei’s satellite service will allow users to send (but not receive) text messages in case of an emergency. The system can only be accessed by those outdoors in mainland China.
Apple has a deal with satellite communications firm Globalstar. Now comes word that Samsung has a deal with Iridium, a communications firm that uses its 66 Low-Earth Orbiting satellites to deliver voice and data connectivity to satellite phones. Iridium and Samsung have reportedly come to an agreement and the word from Korea’s ETNews is that the upcoming Galaxy S23 series will also offer satellite connectivity. 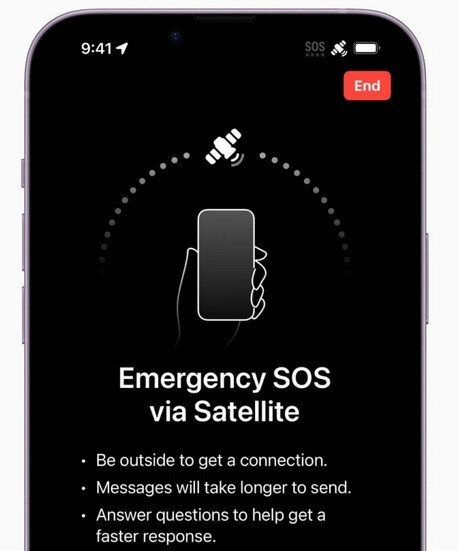 The report says that Galaxy S23 users will be able to send text messages and small images via satellite. It also notes that Samsung expects this feature to do well in North and South America, Europe, Russia, and China. The company also believes that satellite service will be in demand in areas where cellular infrastructure is still shaky.
Considering that Apple and Huawei have the competitive advantage for now, it is expected that Samsung will announce the service as soon as this year before the Galaxy S23 series is announced.

Satellite connectivity isn’t the only thing that Samsung fans are excited about. The Galaxy S23 Ultra is expected to be equipped with a 200MP image sensor that is different from the ISOCELL HP1 made by Sammy and used on the Motorola Edge 30 Ultra and Xiaomi 12T Pro.