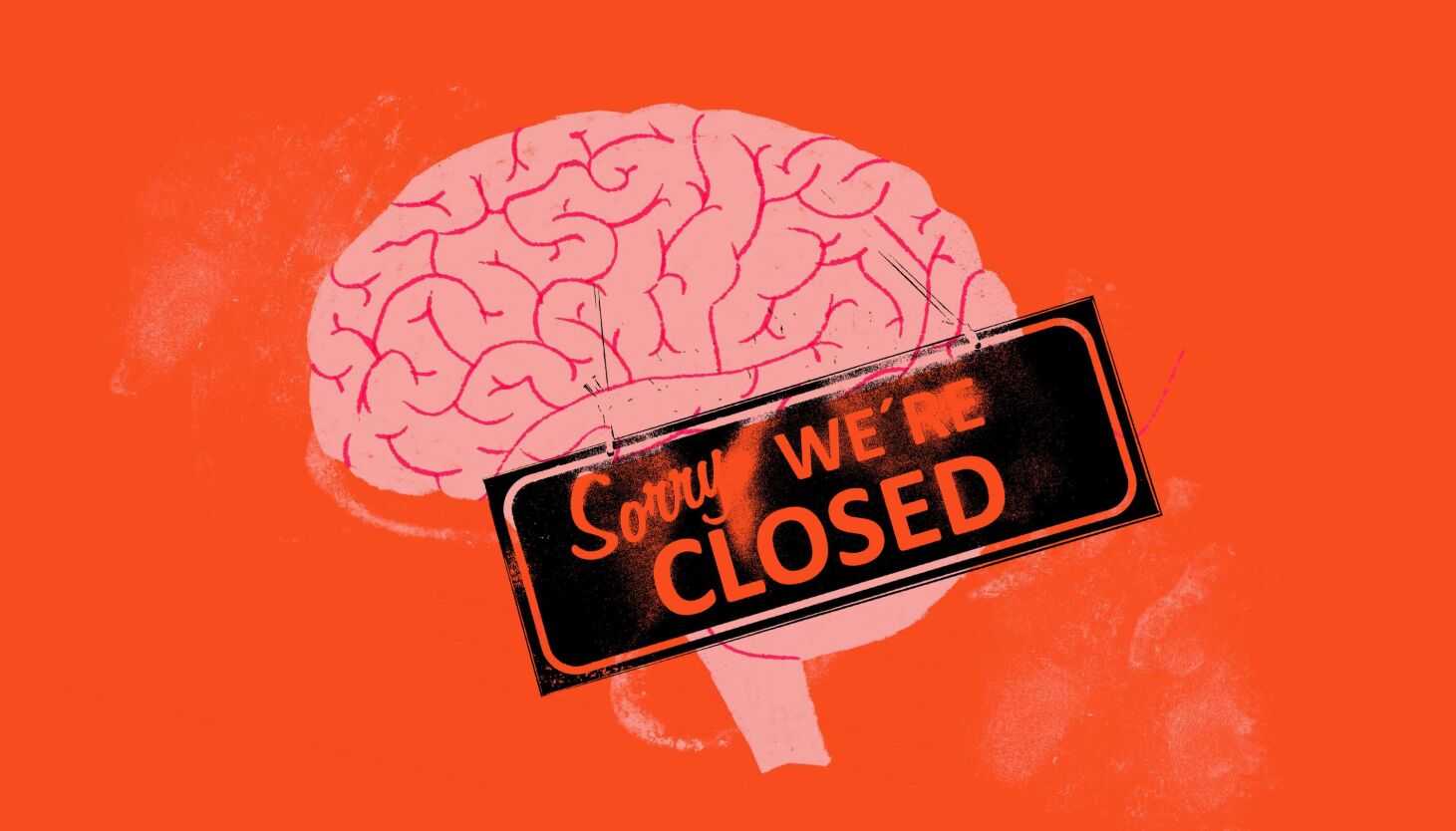 Therapy shortages continue to mount. Most every counselor I know — especially the most experienced — have a significant waitlist. Not just any waitlist, but many months.

This summer, Massachusetts General Hospital reported an astounding 880 people on its wait list for psychiatric services. And recent headlines like “Why psychologists say wait lists are getting longer” and “Wait lists for therapy are huge and not going away” remind us that this may not be a short-term problem

Shortages in general, of course, are starting to become a feature of American life, and not just toilet paper, baby food and Adderall. We’ve seen labor shortages across a range of professions, including child care, education, nursing and law enforcement. Even at my local Tractor Supply store, the harried clerk told me recently that they are short five employees.

But, of course, some shortages are more urgent than others. And when our human services dedicated to lifesaving healing start to be limited, there is understandable urgency. Over the last year, we’ve become used to seeing stories about people struggling to get care due to health care facilities closing or facing staffing limitations. It seems every week there’s another story about ways the mental health system is failing to meet our collective needs, including an article on New York City’s inadequate efforts to meet its mental health crisis, and controversy over Yale University’s support to suicidal students, who have sometimes felt pressure to withdraw.

In response, experts often suggest the answer is to increase the number of professionals or make them more accessible through digital technologies. Both of these are valuable emphases, but there is reason to believe they won’t be enough.

More than 65 years ago, Congress commissioned a study of the mental health system in America. The resulting report authored by Dr. George Albee, “Mental Health Manpower Trends,” cautioned that the nation would not likely have enough professionals to address the scope of mental health problems it was facing.

That was in 1959. Since that sobering prognosis, the mental health and social crises in America have not diminished or improved, to say the least. The various revolutions that have taken place in decades since — especially the tightly correlated sexual and divorce revolutions of the 1960s and 1970s — were disastrous for families and all our mental health. And much has been said about the impact of the digital revolutions since then, to say nothing about the continued encroachment of pornography into homes and hearts.

Despite a great deal of investment in mental health care and interventions over the past two decades, we have witnessed historic levels of depression, anxiety and suicidal behavior, especially in young people. Perhaps understandably, our collective response has most often been some form of “we need to do even more of what we’ve already been doing.”

To be clear, a good and wise counselor can do miracles in someone’s life. But at some point, we have to look more closely at what is happening and appreciate that a deeper pivot may be needed. Albert Einstein and Ben Franklin may have never said this, but there is still truth in the notion that “The definition of insanity is doing the same thing over and over again and expecting different results.”

Even if mental health and medical interventions were always effective, it’s becoming increasingly clear that we’re never going to have enough of them to meet all the needs. According to the Health Resources and Services Administration there is a shortage of mental health professionals in all of Utah’s 29 counties.

My own field of community psychology has been looking at creative solutions to this very challenge for several decades now. For instance, rather than expecting more and more people to come to professionals, what more could we do to take professional insights and go to communities — finding ways to help them do what they are especially well-suited to do?

Too often, the natural support systems around us — family, friends and neighborhoods —end up becoming seen as part of the problem, rather than the solution we know they have the potential to be.

With this in mind, a new hopeful possibility emerges. Even if we don’t have enough counselors, social workers, therapists and medical professionals, most of us do have enough neighbors, friends and family members. All around us.

But rather than seeing that as a bountiful resource, these relationships are too often overlooked. One mother told me, “I’m just a mother” — hinting that since she wasn’t a therapist, there wasn’t much she could do for her distressed child. While it’s true that expert insight can be invaluable in many cases, what if you combined the best of professional guidance with the wise intuition of a parent?

One reason we may be forgetting our intrinsic ability to support others is that we’ve assumed for too long we’re not needed in that capacity anymore. Northwestern scholar John McKnight famously tells the parable of a grief counselor moving in and putting up a shingle in a small town. Prior to this time, when someone died of illness or accident, the community knew what to do — gathering together, mourning with each other and finding ways to allay each other’s hurt and pain. But with the new office in town, people began to say, “Well, now, you better go talk to that grief counselor over there.”

Pretty soon, McKnight recounts, the community began to forget about its own capacity to care for each other. Whatever good this grief counselor had legitimately offered the community, neighbors, friends and family inadvertently began to lose confidence in the part they could play in lifting and ministering to each other.

Although allegorical, it’s not hard to see evidence of this all around us today. Many veterans coming home from war report that when they begin to share their experiences with someone, a common response is “you should go talk to someone” (meaning “to a professional, not me”). That has prompted Paula Caplan to start a national campaign to “Listen to a Veteran” and just hear their stories.

What would similar efforts mean across a host of other challenges? How about “Listen to an abuse victim,” “Listen to a widow” and “Listen to a refugee or immigrant” — not to mention people who are single, lonely, sick or facing bullying or discrimination?

Listening, of course, doesn’t always mean we’re going to be helpful. Those facing mental illness or past abuse often find people uncomfortable hearing their story — and trying to do something to fix them or make the pain go away.

But the good news is that these are all things we can learn to do better. And what would it mean if we actually stepped into that role of community support with more assurance?

I’ll never forget the day my friend had an emotional breakdown and had to move from his apartment. His family had lots of challenges and without question had contributed to his suffering. But that day, when he needed them, they showed up. They were there. They did love him — yes, even more than the many professionals who had assisted him.

What more could families offer each other if they regained confidence in their ability to help?

Mutual support and peer support efforts can certainly be a part of the solution. But TikTok support groups aren’t going to save us from our mental health crisis. Neither will loosening educational and licensure standards, or passing laws to allow therapists to prescribe medication, as some have argued.

Without the community rising up to take its own crucial place in mental health support, it’s hard for me to see how we’re going to weather a national crisis that seems only to be getting worse.

I believe in the potential of our communities and families. Similar to a nuclear power supply just waiting to be accessed, there is enormous untapped power available in our natural support systems. Let’s find it together.

Jacob Hess is the editor of Public Square Magazine and served on the board of the National Coalition of Dialogue and Deliberation. He has worked to promote liberal-conservative understanding since the publication of “You’re Not as Crazy as I Thought (But You’re Still Wrong)” with Phil Neisser. With Carrie Skarda, Kyle Anderson and Ty Mansfield, Hess also authored “The Power of Stillness: Mindful Living for Latter-day Saints.”

Why investing in mental health in Africa is important