Thank you for your interest in and support of the Valley News.

An anonymous donor has agreed to MATCH every dollar donated up to $28,500 in our hosting of journalists Frances Mize and Alex Driehaus for their one-year placements with the Valley News through Report for America, a national service program that boosts local news by harnessing community support. Donate today and DOUBLE the impact of your support.

For the Valley News

During our recent studio visit, Hanover-based artist Lia Rothstein showed me a sculpture she had made from dried animal gut. It sounds grisly, but it’s really just a thin, fibrous membrane, like rayon, but from a pig. The material was rust-colored and luminous and looked like sheer fabric. The sculpture was kite-like, with the sinewy material stretched across a delicate frame.

She explained that the bioplastics she’s been using are similar in that they are lightweight, easy to work with and have a beautiful translucent quality. She held up the sculpture so that the sunlight could pass through its layers.

“I’ve always been interested in the transmission of light and color. These biomaterials are giving me that,” she said.

Rothstein was recently awarded the 2023 BMAC Climate Change Artist Residency at the Brattleboro Museum and Art Center. For her proposal, she discussed her experimentation with bioplastics as an eco-friendly, alternative art material. Bioplastics are plant or animal-based materials that function much like traditional plastics but are non toxic, compostable and renewable. Among the plant-based materials that bioplastics can be made of are agar, arrowroot, sweet potato and seaweed. They can be used in a manner similar to how one might use resin or latex.

“They picked my proposal because it’s hopeful,” Rothstein said.

The year-long residency offers a stipend, as well as institutional connections and resources. The selected artist can use their time to test, explore and improvise without the pressure of adhering to specific deadlines or a final exhibition. In addition to creating her own work, Rothstein will connect with the wider community through workshops, talks and other types of programming.

Rothstein was born and raised in Bethlehem, Pa., an industrial city where factories abound. It was there that she became attuned to the prevalence of air pollution, as plumes of smoke and exhaust rise from the skyline day in and day out. Early in her artistic career, Rothstein was a weaver, primarily working in textiles. She also worked as a photographic specialist and archivist at Dartmouth College. During this time, she began to think about the ephemeral nature of art. Rothstein also ran PHOTOSTOP Gallery in White River Junction from 2009-2012.

Her interdisciplinary approach has stemmed from a sense of curiosity. As an archivist, she began to think about how time affects works of art. “What if artworks were designed to biodegrade, and in the process, nourish the soil? Rothstein said.

In 2009, she visited friends in Iceland and was shocked when, during a hike, her companion showed her areas where glaciers had dramatically receded. During the same visit, she was inspired by the country’s geothermal energy systems. She returned to Iceland in 2012 to participate in an international residency program where she began to expand her artistic practice. This experience led Rothstein to consider the environmental footprint left by artists and their materials. Rothstein is an advocate for sustainable studio practice, though she respects artists’ individual choice of materials.

She works like a scientist, jotting formulas and mixtures for bioplastics in her notebook. Rothstein adjusts her recipes to achieve different textures, colors and degrees of transparency. A wall in her studio is filled with samples of bioplastic creations. Some look like jellyfish, others like fine leather or spiderwebs. Each one is tagged with the specific formula for the material it’s made from. These tags correspond to specific recipes she’s recorded. The formulations often contain a plasticizer, a binding agent, salt and vinegar. The process sometimes involves cooking or dehydrating the material to get it to a moldable, workable state.

Rothstein has recently been drawing from her past as a fiber artist. She has been experimenting with combining silk, cotton and bioplastics.

“Textiles give structure and support to bioplastics. … I wanted to see the sculptural potential of these materials.” With her residency underway, she is planning how she will bring her research and passion to the broader community. With the support of the museum, Rothstein hopes to further her research into the expressive potential of bioplastics, and other renewable materials.

For more information about the BMAC Climate Change Residency and about Rothstein, go to www.brattleboromuseum.org and www.liarothstein.com.

Eric Sutphin is a freelance writer. He lives in Plainfield.

The Main Street Museum, a long-term exploration of material culture in all its forms, generally welcomes everyone to its home in a converted firehouse by the mouth of the White River.

But two new opportunities are opening the doors even wider at the museum’s home at 58 Bridge St., in the WRJ.

On view now is the first in the museum’s “One Case Curation” series, which hands a display case over to someone 16 or younger to display a collection of materials.

The first is “Finds on a Hartland Farm,” a collection of items unearthed by Abe Dunne, 15, on his family’s farm. The case holds everything from old bottles to found jewelry and industrial artifacts. Given the museum’s broad-minded notions of what’s worthy of scutiny, I could imagine exhibitions of all kinds of objects.

With the next one coming up in April, Joie Finley, chief volunteer at the all-volunteer museum, wants to line up the next exhibitor.

“The museum’s about telling stories,” she said in a phone interview. “I think it’s important to listen to the stories of the next generation.”

Another fun opportunity, this one for people of all ages, appears in the form of a paint-by-numbers exhibition. Finley, who’s been under the weather this winter, was scrolling through Facebook when she came across a wall of identical paint-by-number cats displayed on the wall of an Ohio woman’s home.

Finley asked if the museum could borrow the cat wall, but it had just been installed and its owner wasn’t eager to take it back down. So Finley chose a paint-by-number image of a cow and built an exhibition around it.

To join in, find and order this image: “PaintWorks Dimensions Product Number: 73-91731- Cow” and then make it your own.

Because Finley talked about it in a big Facebook group, people from around the world have said they purchased the 11-inch square image and plan to paint it and send it to the museum.

Yes, paint-by-number is a mass-produced art experience, but it doesn’t have to be straightforward.

“I’m making mine with sandpaper and fur,” Finley said. The only materials out of bounds are meats, which go bad and smell (and would also be in poor taste on an image of a cow), and glitter, obviously.

There’s no fee to the museum to participate, mainly because the place is pretty much allergic to money, but it will cost 10 or 15 bucks to get the cow. The show is slated for May, but the volume of submissions could alter that timeframe.

For more info on both opportunities, go to mainstreetmuseum.org. And if you can’t wait to go to the museum, it’s holding a second reggaeton dance party at 8 on Saturday night, with music from DJ Chele. 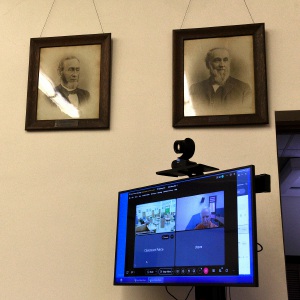 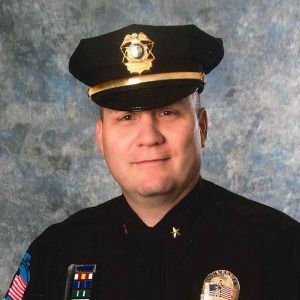 Vermont is still not meeting its goal of recycling and composting half its waste, according to a new report from the Vermont Department of… 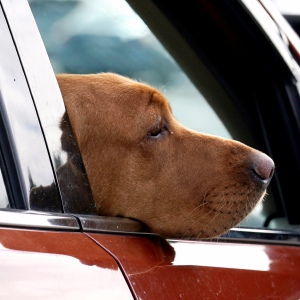 New Hampshire is the only state that allows adults to drive without wearing seatbelts. Want to use your dog instead? Go for it, for now.While the…

<!– –>
<!– –> If Javascript is disabled in your browser, to place orders please visit the page where I sell my photos, powered by Fotomoto.

Takaya Imamura, the artist behind F