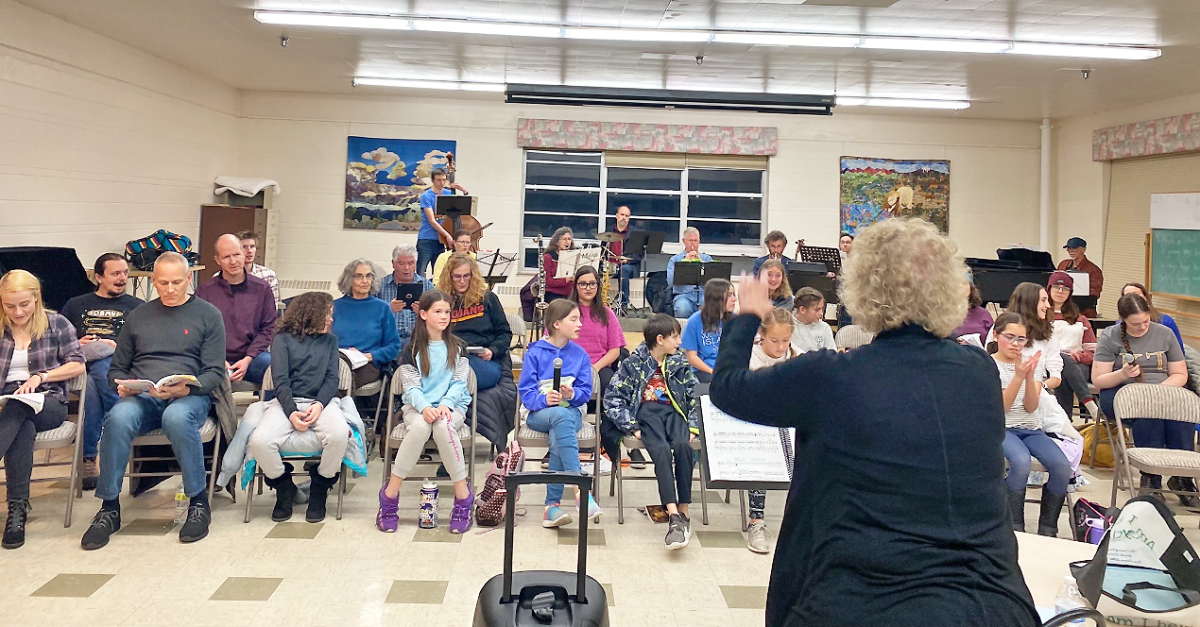 Scene from rehearsal recently at the United Church. Courtesy/Elisa Enriquez 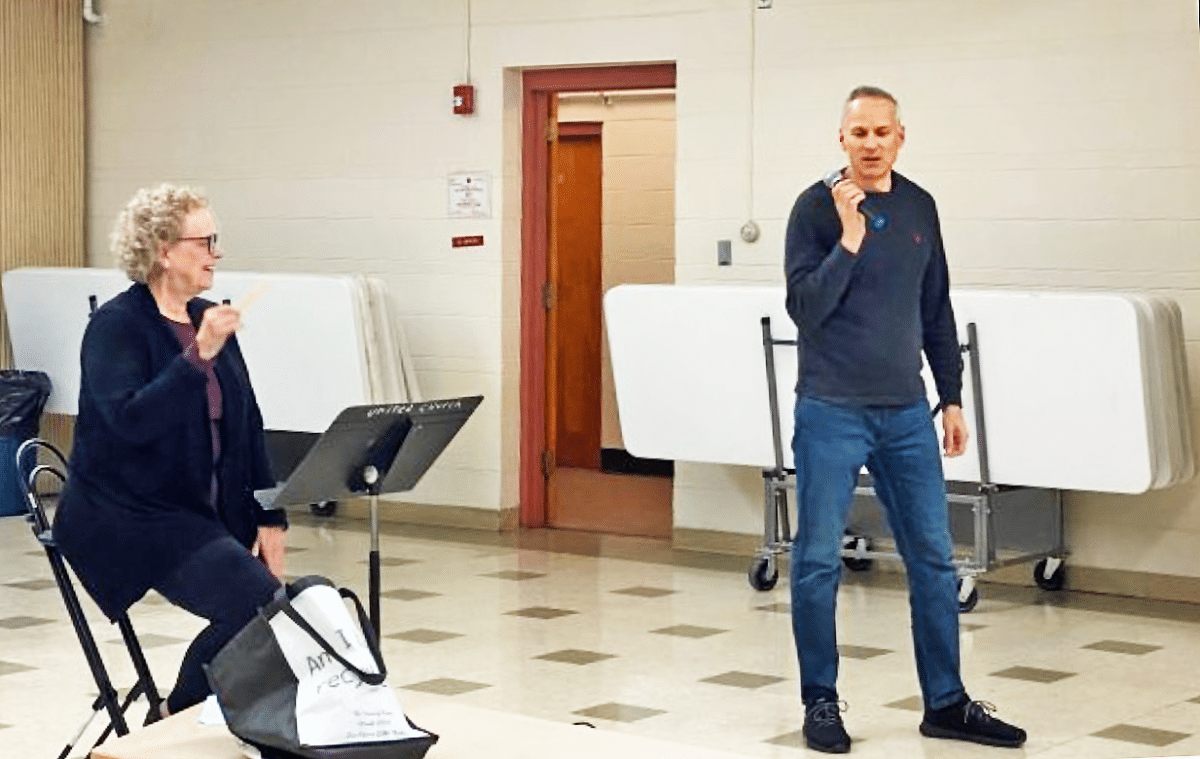 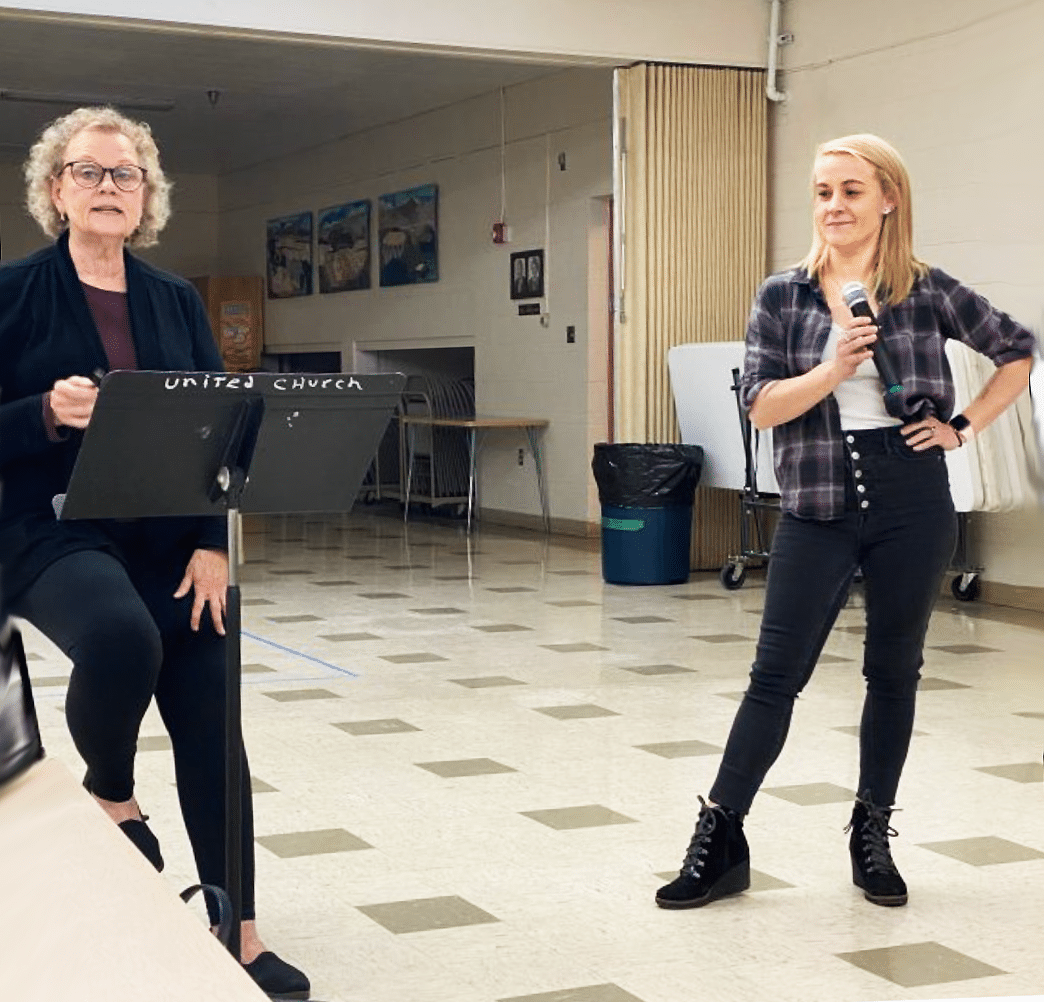 What is a musical without its musical director? When it comes to musical productions, it is impossible without the time and talents of the musicians, and especially a dedicated music director.

For those who may not be familiar with the local musical theater community, Amstutz has been a beloved musical director for 23 shows spanning 30 years in Los Alamos. “Matilda, The Musical,” marks her 13th show with LALO. 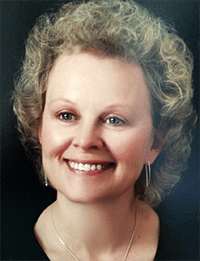 We interviewed Gretchen about her passion and dedication to making music.

What drives you to give so much of your time and energy to local musical theater productions?

GRETCHEN: My degree is in music and musical theater gives me the opportunity to use my training in my local community. I love all aspects of musical theater – music, acting, dance, the creative work of scenery, costumes, and lighting — all there to be enjoyed and appreciated. It’s different for each show. Remember, all of our people are volunteers – the time it takes to prepare for a show is almost like a second job for most of them. To be able to bring folks together,some who are musicians, most who are not, and create something wonderful from something that started with just an idea, is so exciting and fulfilling.

Besides “Matilda, The Musical,” what is your favorite musical to date that you’ve produced as music director?

GRETCHEN: My 2 most absolute favorite shows for Light Opera were “The Secret Garden” and “Into The Woods.” So much fun and so rewarding!

What is one thing that you couldn’t do without during a hectic production, such as “Matilda, The Musical”?

GRETCHEN: I couldn’t do without all the dedication of everyone involved. People want to do their best – they want the production to be the best it can be, and they work so hard to make that happen. I am in awe of their positivity, their talent, their hard work, and their commitment. The time and work it takes is really an amazing amount Working with soloists, ensemble and orchestra – helping to teach the harmonies or balance of parts, is so rewarding. And the PEOPLE! The people are the reason I keep continuing to be a part of the musical theater community. What a joy to work with the wonderful people you meet while working on a production.

GRETCHEN: Theater is such an amazing process when you think about it—all the parts that need to happen not just in rehearsal but in production and in performance. It truly is a collaborative art. If you were taking a trip in a car, as music director, sometimes you are the driver, sometimes you are the passenger, and sometimes you are the wheels. Hopefully, the trip you take each night is to the heart and leaves your cast filled with pride and your audience on its feet. That is what we strive for.

Los Alamos Light Opera invites the community to see “Matilda, The Musical” at 7:30 p.m. Fridays and Saturdays Feb. 3, 4, 10, and 11 and at 2 p.m. Sunday, Feb. 5, at Duane Smith Auditorium. Tickets are available at Matilda Tickets at Eventbrite, Village Arts at 216 DP Road, and at the door.

The 50 greatest music videos of all time