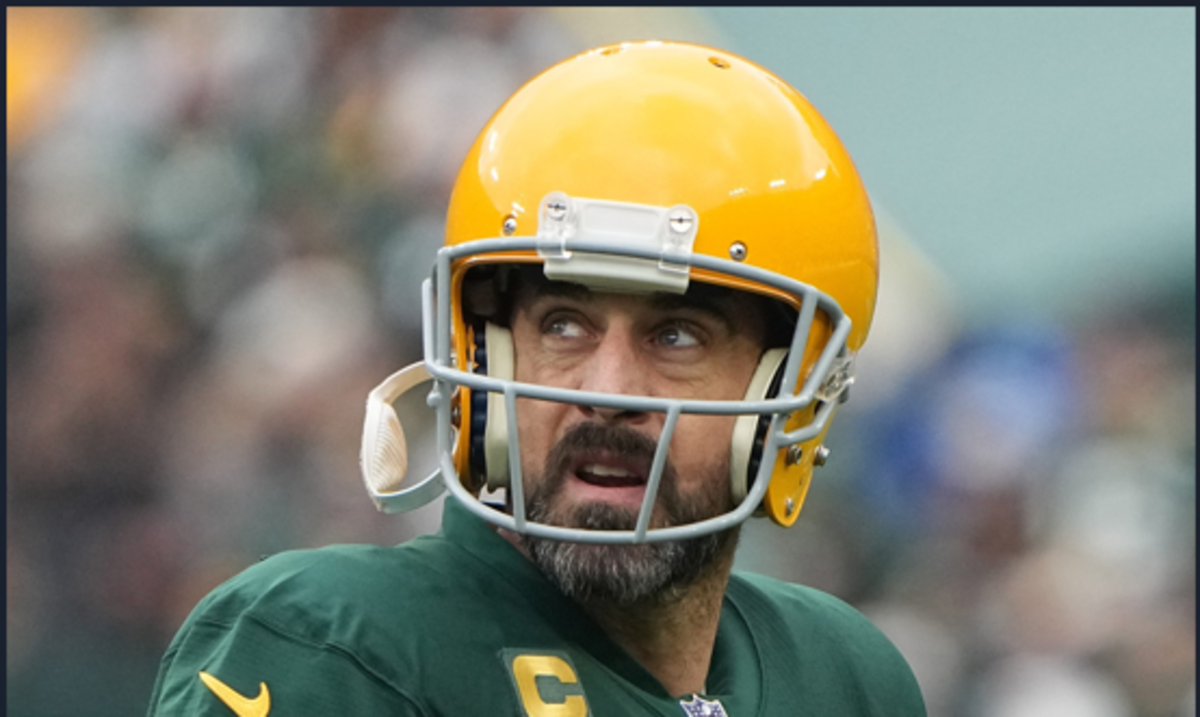 Will Aaron Rodgers get traded? And if so, which team would want to acquire him? The Jets? Maybe, and wouldn’t it be interesting to see a polarizing figure like Rodgers in the New York market.

This is putting the cart before the horse, of course, because the former Cal quarterback has not decided whether he will retire or return for another season. Rodgers will be 40 years old next December, and he is coming off his worst season as an NFL starting quarterback.

Every word Rodgers speaks in his weekly appearances on The Pat McAfee Show is parsed for hints and hidden meaning. Last week he said he might have to play for a team other than the Packers next season, which sent media members scrambling to figure out which teams might want Rodgers. This week he noted he would probably have to rework his contract if he returns, regardless of the team. That was seen as an indication that Rodgers plans to play next season.

Rodgers talks about the possibility of being traded in this 12-minute excerpt from Tuesday’s show:

One person who expects Rodgers to be back in 2023 is ESPN NFL analyst Adam Schefter, a person worth listening to and a person who believes the Packers will at least investigate the possibility of a trade.

Schefter simply does not believe Rodgers will leave $100 million of guaranteed money on the table, which is what he would do if he retires this offseason.

“And there’s a real possibility that both sides are going to be thinking about him being traded,” Schefter said.

The Packers’ cap issues, the Jordan Love situation as well as the fact that Rodgers and the Packers both considered possibly trading Rodgers in past years as reasons Green Bay might want to move Rodgers this offseason.

“I think there are going to be moments this offseason where [the Packers] are going to be talking to teams to see whether it’s worth it to move ahead and trade Aaron Rodgers,” Schefter said.

OK, so which team would want to trade for Rodgers.

A Tuesday ESPN.com report suggests the Jets are the most likely candidate, based on conversations with NFL executives.

That leads us to … the Jets, who wouldn’t be on the list of teams I’d think Rodgers would be clamoring to join in his pursuit of a championship. But New York fans are starved for steady quarterback play, and maybe GM Joe Douglas will be, too.

Some people around the league can see it — assuming the Jets work on that cap deficit of nearly $3 million.

“That receiving corps is really talented and you know the defense is good,” an NFC coordinator said. “They have pieces and are trending up. They should be desperate to get a QB in my opinion.”

The Jets finished 7-10 this past season, but they were 7-4 before losing their final six games. Six of their losses were by one score, so maybe a future Hall-of-Fame quarterback could be the difference in those games since the Jets suffered from erratic quarterback play.

ESPN’s Stephen A. Smith, for one, believes the Jets, with Rodgers at quarterback, could be a contender.

“If Aaron Rodgers went to the Jets, they could win it all,” Smith said.

Another possible destination for Rodgers is Indianapolis, according to the ESPN.com report. The Colts won just four games in 2022, but they lost six games by three points or fewer – a margin that could be overcome with the right quarterback, something the Colts clearly lacked. Plus the Colts have some cap space.

The next step is to listen closely to what Rodgers says next Tuesday during his hour-long stream-of-consciousness session on The Pat McAfee Show. There may be a tidbit that can be analyzed, dissected and massaged to form a grand conclusion.

Find Cal Sports Report on Facebook by going to https://www.facebook.com/si.calsportsreport