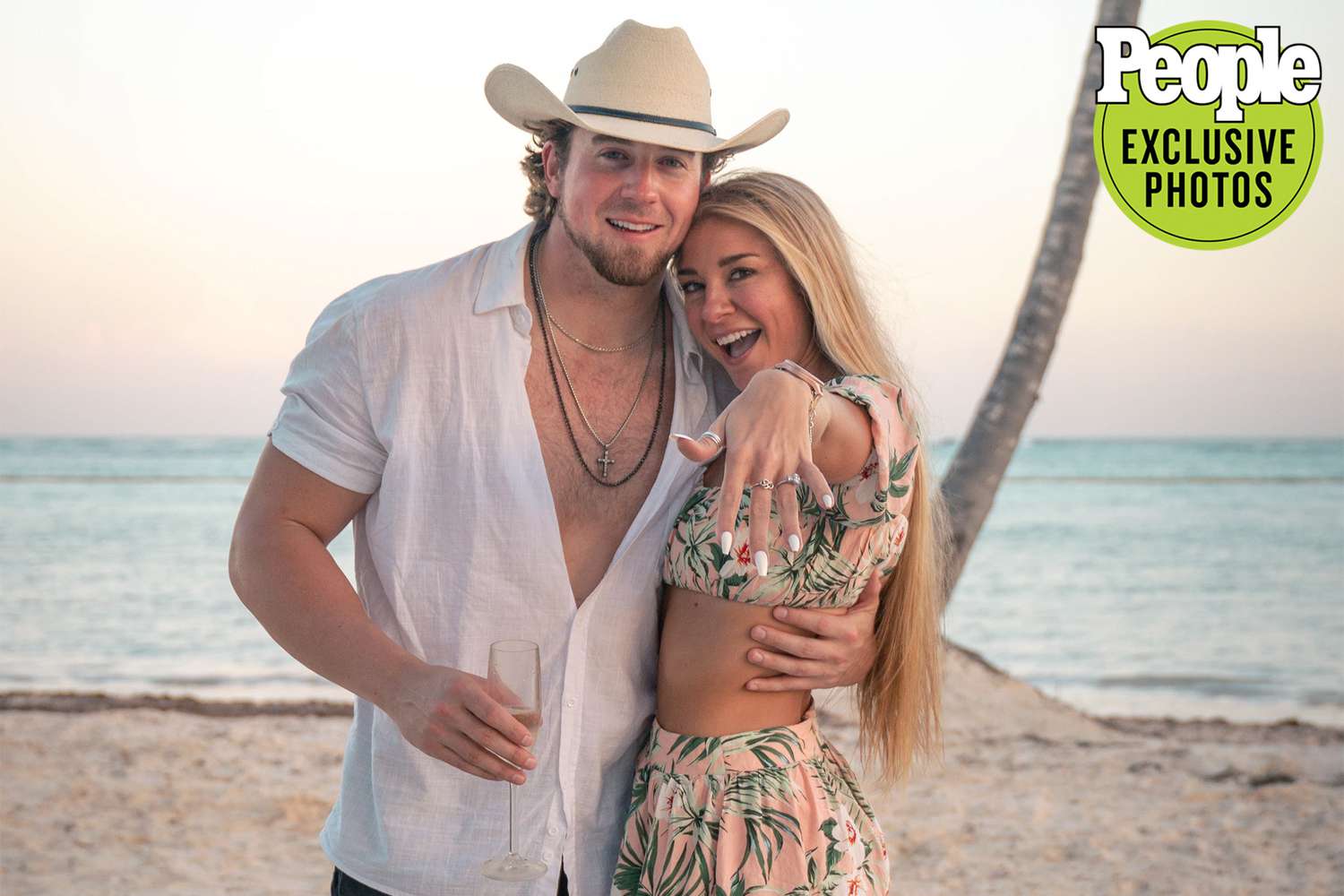 The Dodgers pitcher’s proposal plan caught the rising country star completely off guard during a sunset beach walk while on a vacation in Punta Cana, Dominican Republic over the holidays. Kasowski had a wedding photographer posing as a tourist beach snapper offer an impromptu photoshoot — which Cole initially declined. After some convincing by her boyfriend of three years, Cole acquiesced — and the lens captured the most special surprise of her life.

“I finally agreed to the short photoshoot with Kaz and after a couple of photos, the photographer asked me to pose by myself for a few shots,” Cole — who was recently named one of CMT’s Next Women of Country — tells PEOPLE. “Little did I know, Kaz was behind me dropping down to one knee. When he told me to turn around I immediately started crying the happiest tears and said, ‘Yes!’ to forever.”

“I had no idea it was possible for a day to top my Opry debut, but when I saw the love of my life down on one knee I straight up ugly-cried,” she says with a laugh.

“I met Julia at age 3,” says Kasowski. “I kissed her for the first time at 7 in a blanket-built fort. It took me almost two decades, but I finally got a second kiss.”

The two always-on-the-road dream chasers initially met and stayed in touch through their parents, who have been best friends for over 25 years. Cole penned “Things I Can’t Say,” a tune about playing it safe as she was falling in love with her parents’ best friends’ son. The song, co-written by Spencer Crandall and Josh Ronen, has amassed over 30 million streams.

“There was always a connection between us,” says Kasowski, who finished the 2022 season with the Los Angeles Dodgers’ AAA baseball affiliate the Oklahoma City Dodgers, and whose unique pitching style contributed to two minor league championship rings and an induction into the class of 2022 West Texas A&M Hall of Fame. “Despite our busy careers, thankfully, the stars aligned for us again.”

“It was fate that we ran into each other again,” Cole says with a smile. “We both happened to be in Houston for a day. I was singing the anthem for the Texans and Kaz had just finished his season two days prior. It was a miracle we were in the same place that night.”

Kasowski, 27, pulled out all the stops when he surprised Cole a second time during the proposal by having her family jump out of their hiding spots and asking them to join in the champagne celebration.

“Kaz’s parents sent us an incredible bottle of champagne we used to toast to the start of our forever family,” Cole, 29, recalls.

Kasowski designed the radiant-cut diamond ring with two princess-cut diamonds on either side specifically for Cole.

“I wanted it to be unique and elegant; something to represent her beauty,” explains Kasowski. “We’ve gotten to watch each other grow up, and that’s something special. I can’t wait to marry my best friend.”