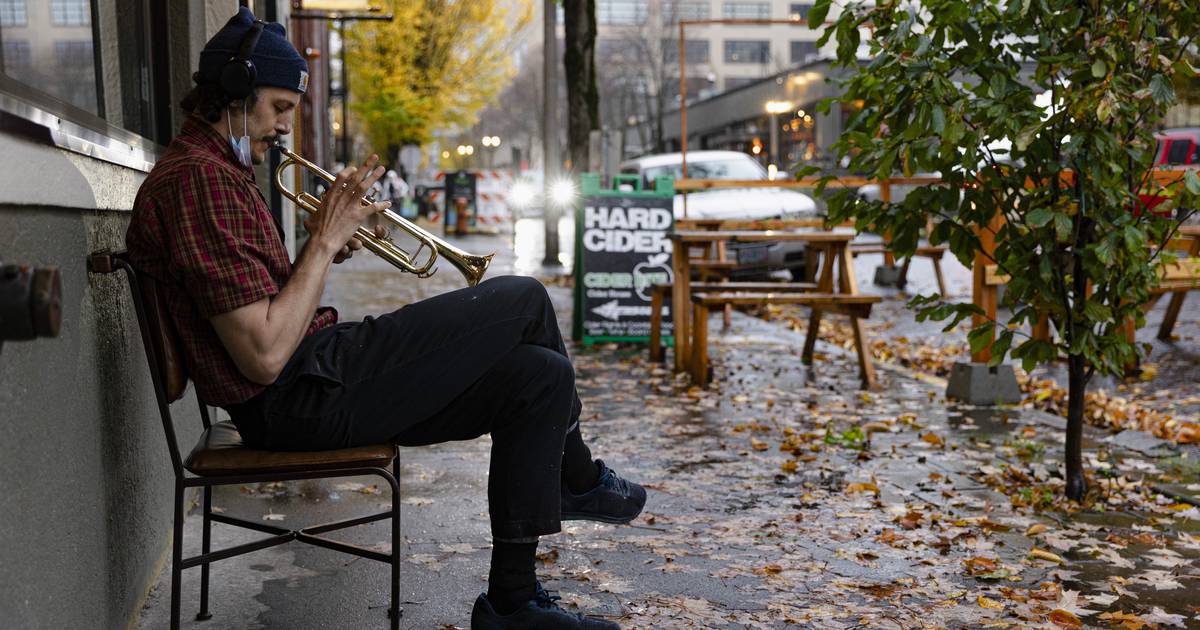 How a city responds to noise complaints has for decades been viewed as a referendum on the overpolicing of communities of color.

Two codes guide how Portland polices noise: One is Title 14, the section of city code under which cops can cite someone for noise that is “plainly audible,” or which they deem “excessive, unreasonable, or unusually loud.”

Critics have long maintained that such a subjective standard means communities of color will be overpoliced for playing loud music or certain genres of music, like hip-hop.

The other code, used by the noise office, is more prescriptive: It uses decibel readers to measure if noise exceeds a particular volume.

During the past year, there’s been a renewed push by the music community for the city to eradicate the use of Title 14 to police noise.

On Dec. 19, more than 25 signatories—including past members of the city’s Noise Review Board, former city commissioners, and local music venue owners—sent a letter to the Portland City Council asking that the noise office, which they described as a “mere thread of its original intent,” be moved from the Office of Community & Civic Life to the Bureau of Development Services. They also asked that Title 14 no longer be used to enforce noise.

“The police and the public can then become assured that reports generated by the police will be read by technically competent staff,” the letter reads, “who can reduce the subjectivity often complained about in cases that directly affect the music industry, among other stakeholders, where such concerns have increased over the last several years.”

And in a series of exchanges between two City Council offices and representatives of MusicPortland, an advocacy group and trade association for music venues and musicians, the city appeared to be inching toward ending the use of Title 14. Then, in the fall, that plan got bogged down in a debate over how to prove whether an underlying racial inequity really existed.

Below is a timeline of the discussion between city officials and MusicPortland.

June: Angelita Morillo, a staffer for then-City Commissioner Jo Ann Hardesty, spent months exchanging emails with Jamie Dunphy of MusicPortland to garner council support for repealing Title 14. It appeared the repeal was well on its way.

In a June 13 email to Dunphy, Morillo addressed how race might factor into the repeal.

Stephanie Howard, director of community safety for Mayor Wheeler, “wants to not address it from a racial standpoint if possible because that might garner more backlash from police and neighborhood associations,” Morillo wrote. “We are looking to get examples about how this has impacted Native communities, but if you know of hip-hop venues or jazz clubs, etc., that are Black owned that were shut down for similar situations, that would be helpful to add.”

She added: “I figure there will be a big pushback from neighborhood associations, so if you have community groups that would be interested in this, we’re going to need a strong external push for the three votes.”

September: The conversation resumed with the mayor’s office in the fall, after Morillo left the city. After all, Wheeler is the commissioner in charge of the Portland Police Bureau, so all police policy changes would need to pass muster with his office.

The parties reached a dead end over data collection—or lack thereof. The mayor’s office asked MusicPortland to produce data that would illustrate any racial disparities in noise enforcement.

In a Sept. 15 email, Dunphy wrote back: “We’re at an impasse because the city doesn’t collect the data that’s needed to show that there’s a racial problem, and without data this isn’t moving forward.”

Howard from the mayor’s office responded: “I had asked the MusicPortland team for the data that supports the claims made in the proposal around disparate impacts on various communities.” She also questioned whether police were really cracking down on loud music at all: “With historically low staffing at PPB, the priority for response has been for emergency and life-threatening matters.”

Data provided to WW by the Bureau of Emergency Communications shows police responded to at least 2,288 noise complaints in 2022. The data appears to show that cops wrote only nine reports and one citation in 2022.

Mayoral spokesman Cody Bowman says Wheeler is “not opposed” to the policy change.

“Our understanding is that there have been very few citations issued under Title 14 in recent years,” Bowman says. “We continue to be interested in additional data and information about the need for a revision and want to ensure that we are informed about the effects a repeal can have.”

YouTube Music is now available for some Snapdragon Wear 3100 watches

New Music for You this Week

For the Record: On the Politics of Music Video Culture