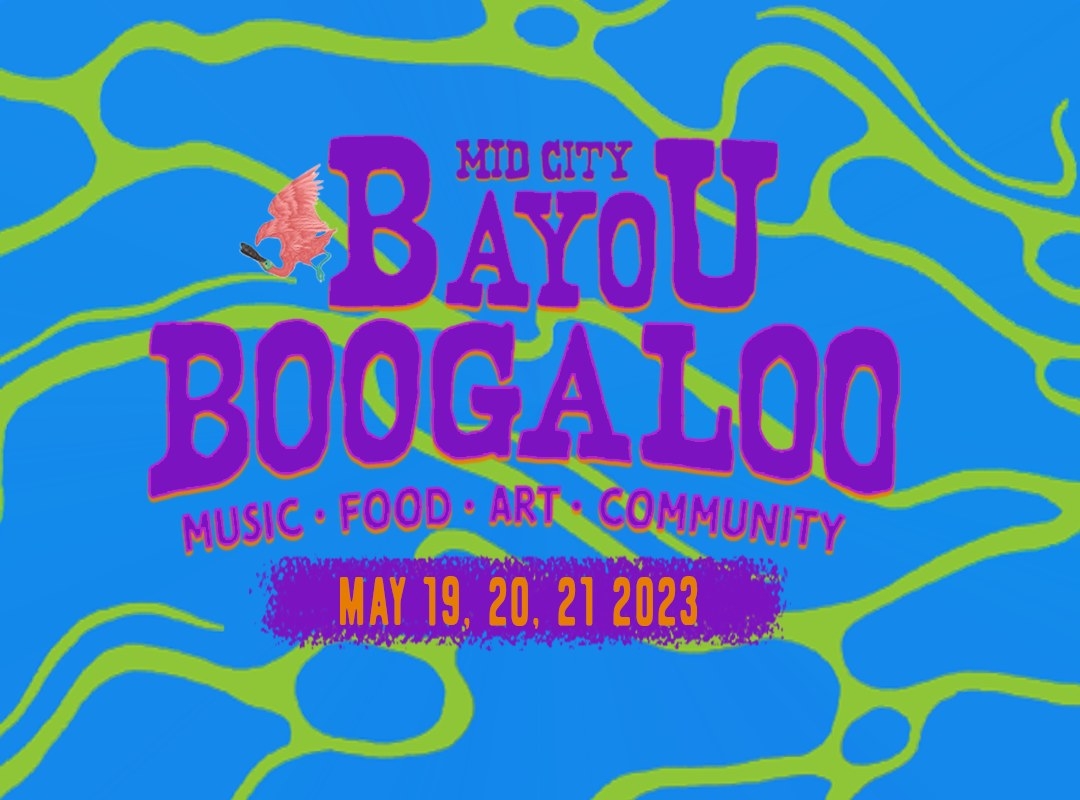 NEW ORLEANS (press release) – Rapper and Cash Money Records alum Juvenile will be joined by Partners N Crime and DJ Jubilee to headline the 17th Mid-City Bayou Boogaloo, which returns to the banks of Bayou St. John on May 19-21. Other headliners include The Yonder Mountain String Band, Boyfriend, Reverend Horton Heat and The Iceman Special. New this year to the annual three-day neighborhood festival is a stage devoted exclusively to comedy programming.  Funds raised by The Mid City Bayou support a clean and healthy Bayou St. John.

“We are beyond excited to once again bring a top notch music line-up to our long-time home on the banks of Bayou St. John,” said Jared Zeller, festival producer, founder and president of Friends of Bayou St. John, the 501(c)(3) nonprofit organization that produces the festival, “Along with a music line-up including great local talent, we’re excited to introduce a comedy stage where numerous comedians will be able to share a laugh with Boogaloo attendees.”

New to the festival this year is the introduction of a comedy stage. Headlined by Sean Patton hot off the heels of his debut special Sean Patton: Number One, which is exclusively streaming on Peacock. Other comedians performing on this stage, formerly known as the Lafitte Stage,  include Rude Jude, Vincent Zambon, Kymbra Li, Mark Caesar, JQ Palms & Thomas Jones, and Isaac Kozell & Geoffrey Gauchet.

Also new this year, Krewe de Void will take over the Dumaine stage on Saturday, May 20th with their own curated line-up and installations featuring The Iceman Special, The Rumble, Dinny Skip, and Tasche and the Psychedelic Roaches — plus a Yoga session. Krewe de Void hosts the annual Fête du Void in Oakdale, Louisiana, an annual two day camping, music & arts getaway led by The Iceman Special.

In addition to music on two stages and a comedy stage, Mid-City Bayou Boogaloo boasts a curated arts market, a Kid’s tent and crafts area, a VIP Canopy Club, and food from over 20 local vendors. The festival is also known for its paddling and yoga activities.

3-day weekend tickets are now available for $25.00 and can be purchased here:This is aGeneral Admission weekend pass with in and out privileges. Limited quantity available. The price will increase to $50.00 closer to the festival. Kids under 12 are free.

Also available for purchase now are 3-day Canopy Club passes for $179.00 each. Canopy Club passes allow re-entry plus access to the Canopy Club VIP area, which is a shaded oasis next to the stage with comfy seating, front stage access, an elevated viewing deck, private restrooms, and a selection of complimentary beverages and local fare.

Festival-goers who look forward to boating and floating on Boogaloo days will enjoy an enhanced boating experience this year that includes one central entrance gate for boats, floats, canoes, kayaks and barges. Every festival attendee on the water will need a regular-priced ticket to the festival for entry, which includes a $2.00 environmental fee that goes to preserving and protecting Bayou St. John. Anyone or group who desires to put a homemade barge in the water will be required to leave a $100.00 deposit, which will be refunded upon the user’s removal of the barge.

To purchase tickets, go to www.thebayouboogaloo.com.

Get ready for a great season of music, art, fashion and film at SBDAC