MEL, Sindar, Sun Puppy @ DLC 1/26
Since beginning their journey in the early aughts, members of MEL formed bands, left bands, went to school and generally went their separate ways. Now, 15 years later, the boys are back with a new project, ready to rock SLC again. The trio began writing music during the pandemic, completed a ton of new songs and are ready to unleash them to the world. Their two newest singles dropped on Jan 20, and are epic metal tracks that are meant for headbanging. They feature hardcore guitar tracks, screeching vocals and driving percussion—perfect for fans of the metal genre. Joining MEL are prog metal group Sindar, who have been pumping up their heavy tracks since 2020. Their newest track, “Protection,” is a beautiful yet still hardcore track that takes you on a journey that feels like riding waves, going up and down as the song swells before descending. It’s an epic six-minute journey that doesn’t overstay its welcome. The fantastical subject matter and range of instrumentation will keep you listening, and it’ll be over before you know it—before you’ll want to press play one more time. Rounding the show are jazzy newcomers Sun Puppy. They came onto the scene in 2022 and played weekly at Pizza Nono all summer. It’ll be cool to see the trio play a live show at DLC on Thursday, Jan 26 at 8 p.m. Tickets for the 21+ show are $10 and can be found at quartersslc.com. (Emilee Atkinson) 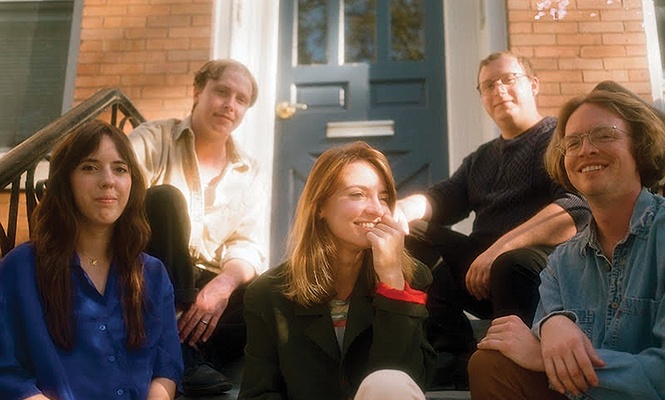 Why Bonnie, Sun June, Drusky @ Kilby Court 1/26
Why Bonnie have had a whirlwind of success since their debut album 90 in December dropped last year, garnering praise for their earnest and often heartbreaking sound. The album is full of sparkling snapshots of lead singer/songwriter Blair Howerton’s hometown of Houston, especially on the album’s title track. “I wanted to capture the bittersweet feeling of saying goodbye to the landscape that shaped you, while still dealing with anxieties of what lies ahead,” said Howerton. “Nostalgia always hits with a flash of disjointed memories—like speeding down the highway or sweating in the Texas heat.” Songs for 90 were written in Brooklyn, where Howerton now resides, during the tumultuous quarantine days. Joining Why Bonnie are indie-pop quintet Sun June, coasting off of their 2021 release Somewhere. Their music is calming and beautiful, featuring vocals that are like someone singing you a lullaby, delicate and sweet. The group create chill vibes with their music, but also have a good sense of humor. “We used to be called ‘Jeff,’ which was a little jokey. Both of our sisters liked Sun June, so we felt sister-approved. So we went with it,” guitarist Stephen Salisbury told Issue last year. Rounding out the show is local angsty indie-rockers Drusky. Fans of indie pop and rock won’t want to miss this show on Thursday, Jan 26 at 7 p.m. Tickets for the all-ages show are $16 before, and $20 at the door. Buy tickets at kilbycourt.com. (EA)

Adam Melchor @ Soundwell 1/27
“Self-reflecting with the structure of a modern pop song has always done right by me,” Adam Melchor told Wonderland in December. The pop/folk artist detailed the inspirations behind his latest release, Here Goes Nothing! “I love being specific enough to capture humanity and general enough to relate to anyone. I think a lot of our love was distant these last couple years,” he said. “I’m specifically using a long-distance relationship as the vehicle, but the journey could be for anyone feeling like the things they love are far away.” Relationship struggles are something most can relate with, and Melchor dives into the topic with dreamy vocals that accompany the intimate yet universal subject matter. Melchor has been touring like crazy over the past year, and this latest begins in SLC. He mentioned in Wonderland that touring can be tiring and a bit daunting, but remembering the joy of sharing music with fans across the country makes it all worth it. While the album features Melchor’s signature vulnerability and beautiful folk melodies, the singer was also able to collaborate with indie folk legends Fleet Foxes, who Melchor is a huge fan of. “Growing up, Fleet Foxes were my number one,” he said. Catch Adam Melchor performing his loving pop/folk bops on Friday, Jan 27 at 7 p.m. Tickets for the all-ages show are $20 and can be found at soundwellslc.com (EA) 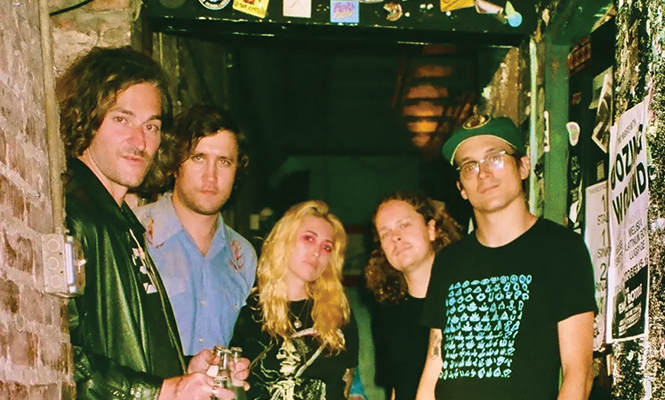 Frankie and the Witch Fingers @ DLC 1/28
Colorfully punky and distinctly psychedelic, Los Angeles-based Frankie and the Witch Fingers have got their magic working, and are bringing their glittery bag of tricks to the DLC on Saturday, Jan 28 at 8 p.m. Known for the 2017 alternative indie staple “Thinking About You,” the four-piece outfit has since been hard at work, bent over their burning cauldron located in the garage of rock revival. Their 2022 two-single release Electricide B/W Chalice and their 2020 album Monsters Eating People Eating Monsters… are just two of their latest concoctions that evidence the truth of the age-old (and now, newly reinvented) saying that the proof is in the potion. To revamp their newer releases, it seems that the band began by adding two parts urgent, elongated, and ear-enticing guitar riffs that hold whiffs reminiscent of the Psychedelic Porn Crumpets. Next came a few cups of unfiltered vocals with a hefty sprinkling of charisma, producing a sound evocative of the Black Lips. Finally, Frankie and the Witch Fingers threw in one heaping spoonful of a drum and bass section nothing short of a powerhouse ensemble, which easily manages the sneaking, mischievous melodies, and places them within a pleasant pocket. Toss in the guaranteed eccentric stage presence unique to each band member, eye of newt, and hair of the dog, and you have yourself a mixture sophisticated enough to stand amongst some of the neo-psych rock greats. Arrive on time to catch SLC’s very own soft, star powered ensemble The Plastic Cherries followed by Seattle’s hard-edged punk provocateurs MONSTERWATCH before you fall under the spell of the evening’s headlining act. Tickets for the 21+ show are $15 and can be found at quartersslc.com. (Sophie Caligiuri)

Number One Babe Team @ Urban Lounge 2/1
Number One Babe Team are taking the stage again after months of silent treatment, and even though they took a short break from performances, they have been anything but idle. Vocalist/guitarist Austin Michael has been busy at Archive Recordings crafting the band’s debut album, See You Later, releasing May 19. Featuring 11 original songs including a complete overhaul on their classic, “Fever American Dream,” See You Later is set to etch Number One Babe Team as a premier up-and-comer in Salt Lake City, as well as the entire alternative genre. Michael describes the album as the biggest project he or the team has ever taken on. Written during the pandemic, the album has been produced across the last 12 months. Michael explains that the tone of the album features “the push and pull of intimacy,” heavily focused on the lessons we were all forced to live through during the pandemic, including loss of loved ones, close friendships, and the fear of what may lie ahead when we finally do discover commitment. The recording process for the album also sets it apart from previous work. Generally, Michael explained, their songs were written and arranged before recording ever began. This time around, each track was painstakingly crafted in the studio, which Michael promises to deliver an entirely new level of quality, compared to their already immaculate work. Number One Babe Team is showcasing songs from the upcoming album alongside The Cancers Wednesday, Feb 1 at The Urban Lounge at 7 p.m. The show is 21+ and tickets are $5 at 24tix.com. (Caleb Daniel)

Spooky Moon Music Festival: the first of many to come to El Paso

Leave It All Behind at Breakaway Music Festival [Review]