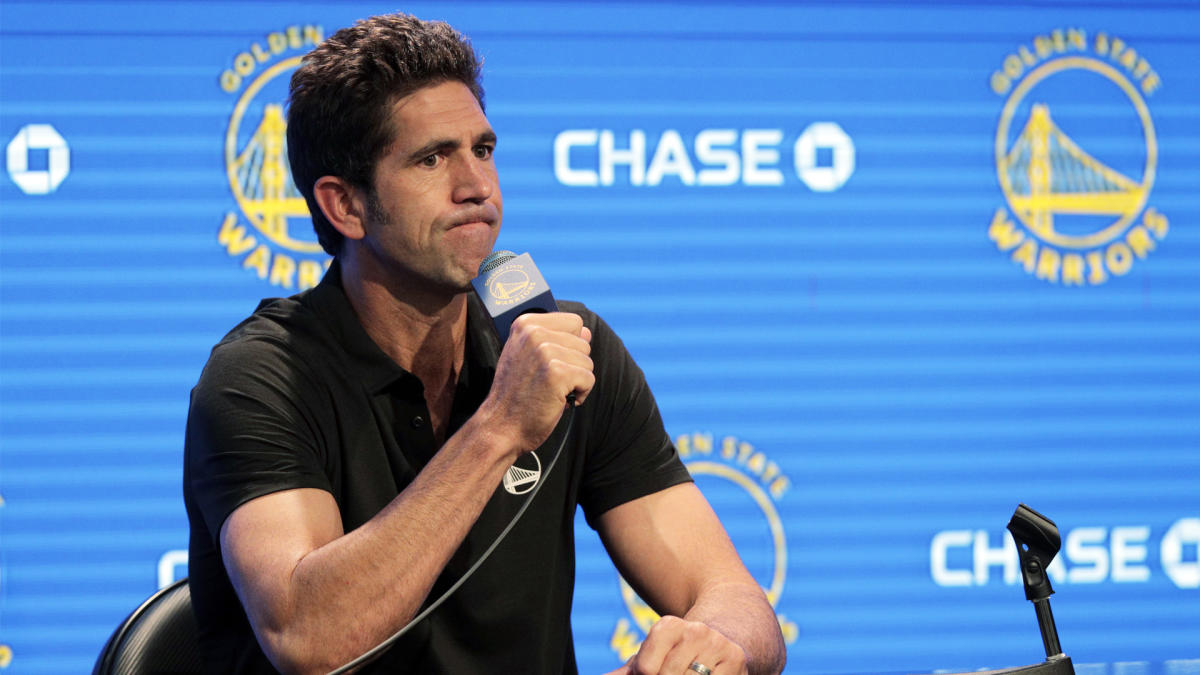 Bob Myers is entering the final months of his contract as the Warriors‘ general manager and president of basketball operations. It expires in June. His future with the franchise reportedly is becoming cloudy.

Anthony Slater, Marcus Thompson II and Sam Amick of The Athletic reported Wednesday, citing sources, that people around Myers “are wondering whether — and even predicting that — his days with the Warriors are about to run out.”

Golden State’s two-timeline plan is one of the reasons Myers’ future appears to be in question. While the window to win championships with Steph Curry, Klay Thompson and Draymond Green winds down, Warriors owner Joe Lacob has doubled and tripled down on his preference to simultaneously win with those stars while developing the future of the franchise, rather than going all-in on winning championships the next few seasons.

“Sources say Lacob is more involved than ever in the day-to-day personnel choices,” The Athletic reported. “He studies the draft, attends workouts and crafts big boards. He played an influential role in the franchise’s choice to use its five recent picks on upside teenagers instead of rerouting some of that capital into older and reliable help to maximize the present.”

Curry, who is under contract through the 2025-26 NBA season, reportedly “has become increasingly vocal about his win-now perspective” as Golden State has limped to a 23-24 start to their championship repeat effort.

Thompson is set to be an unrestricted free agent in the summer of 2024, although it’s likely he’ll be a lifelong Warrior. Green could decline his player option for next season and hit the open market this upcoming summer.

Does Myers want to stick around to watch the dynasty he built potentially break apart? Or would he rather pursue other opportunities in basketball or elsewhere?

“We love Bob and hope he is here for a long time,” Lacob told ESPN’s Adrian Wojnarowski in December when reports emerged that contract talks between the Warriors and Myers had stalled.

Despite all the uncertainty around the team, Myers has stated his belief in the 2022-23 Warriors’ ability to win another championship.

“The thing I said last year about this group was, let’s let them try to win the whole thing until somebody proves them wrong or knocks them off,” Myers told Bonta Hill, Chris Mullin and Festus Ezeli during “Warriors Pregame Live” on Jan. 5. “And so it’s the same thing this year, through all the ups and downs, the rollercoaster season, it’s be healthy and let’s see someone beat those guys.”

Myers arrived in the Bay Area as the Warriors’ assistant general manager to Larry Riley in 2011. He was promoted to general manager the following year and added president of basketball operations to his job title in 2016.

Myers has been the man behind transactions that steered the Warriors to four championships in eight years, including his acquisitions of Andre Iguodala, Kevin Durant and Andrew Wiggins.

Losing Myers would be a devastating loss for the Warriors, whether or not they decide to continue along the two-timeline path or make a big splash the next few years to make the most of Curry’s later years in the NBA.

Inside Hue Jackson’s Tanking Allegations Against the Browns