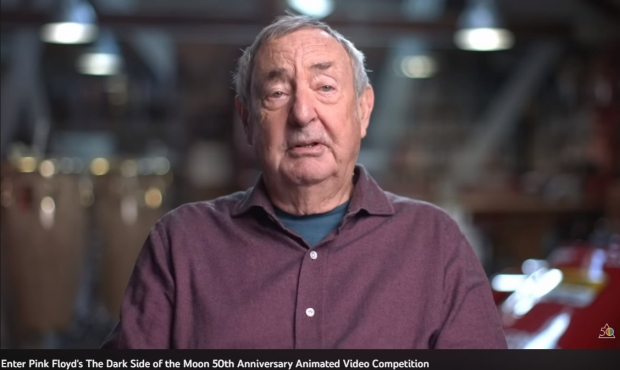 Grab that cash with both hands and make a stash.

A cheerful event surrounding one of rock and roll’s seminal albums has turned sour for some animation industry fans of Pink Floyd. The English rock band is collaborating with the British Film Institute (BFI) on an animated music video competition celebrating the 50th anniversary of their seminal Dark Side of the Moon album, but eagle eye investigators from the community have fond highly objectionable terms in the submission rules’ small print. Apparently, the band and BFI will take complete ownership and rights to monetize all entries, regardless of final placements.

According to band member Nick Mason in the above official competition announcement video, the band calls on “a new generation of animators” of all styles to create a new animated music video for one of the 10 songs on the 1973 album, in the spirit of its previous animated visuals. On its face, the contest appears quite exciting with big prizes (a £100,000 grand prize among other smaller monetary awards) and plenty of clout. However, stripping creative ownership is exploitative, given the incredible amount of work that goes into creating such a piece. The animation community is in an uproar on Twitter.

This is completely unethical. Pink Floyd are a huge band with huge budgets and yet they’re doing a ‘competition’ which will get them tonnes of free music videos. Do they realise how labour-intensive animation is? https://t.co/LfXhViM696

So, you are giving away lunch money for maybe hundreds of music videos, which you’ll fully own the copyrights to, asking most of those students and upcoming artists you so much want to support to work for free.
Money, it’s a hit. Don’t give me that do goody good bullshit. pic.twitter.com/eZ1cqEpqXR

There is simply no good – or appropriate – reason for the contest holders to take away creator ownership unless they wish to monetize or otherwise use the work without compensating the creators. Perhaps they will re-release the album’s 10 songs with new videos, yet there is only one grand prize winner, meaning many artists will be woefully under-compensated. Given the very nature and message of Dark Side of the Moon, of all the creatives currently in the entertainment scene, the members of Pink Floyd should be the ones to understand the importance of protecting artists’ rights.

ClientEarth, an environmental charity that also has ties to the competition, previously auctioned off a collection of the band’s classic guitars to help fight climate change. While it is unclear exactly how much knowledge of or responsibility for the submission rules either the charity or BFI has, they are party to the exploitation. BFI is listed, along with Mason and Pink Floyd’s creative director Aubrey “Po” Powell as members of the panel judging a winner.

Attempts by AWN to reach the competition organization as well as ClientEarth, the BFI, and the publicist who sent a press release announcing the 50th anniversary contest, have so far gone unanswered.

The artists of Dafen can paint like Van Gogh