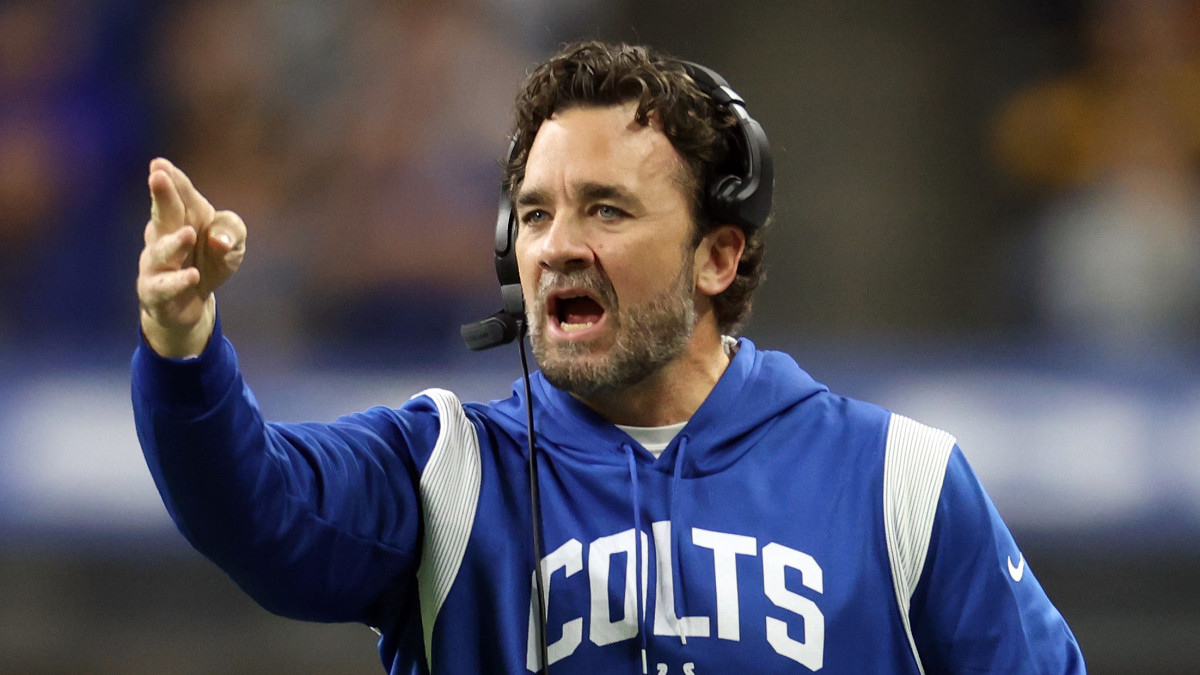 The Indianapolis Colts are inching closer to finding a new head coach.

According to ESPN, the team will conduct a round of second interviews with seven head coaching candidates, including interim head coach Jeff Saturday.

“Colts’ interim HC Jeff Saturday is scheduled to have his second interview today for the full-time head coaching job in Indianapolis, per sources,” Adam Schefter tweeted. “The Colts plan to conduct a second round interviews with seven HC candidates, per source.”

Earlier in the week, NFL Network‘s Tom Pelissero also reported on the topic.

“This entire first round of interviews has been virtual, and I’m told owner Jim Irsay has not been in any of those interviews,” Pelissero said. “The plan is, in the next couple of days, they’ll pare down that list of 13 and set up a second round of interviews later this week in person, with Irsay involved.”

He’s not exactly the fan favorite for the job, but Saturday does have some coaching experience now after an eight-game audition following the Colts’ during of Frank Reich during the season.

Despite a wide net of qualified candidates — the Colts interviewed 12 and still want to speak with San Francisco 49ers defensive coordinator DeMeco Ryans — Saturday is likely a finalist due to Irsay’s admiration for the former Pro Bowl center, as well as his brief experience coaching the team.

“Jeff Saturday remains a candidate for this position,” Pelissero said. “Irsay believes in him and wants him to have a chance despite his 1-7 record as the interim head coach. However, I’m told Irsay will be open-minded in this process.

Saturday stepped into a tough situation, but by nearly all accounts, the team’s performance got even worse following his arrival. The Colts were outscored by 87 points in his tenure and were on the business end of historic losses to the Dallas Cowboys and Minnesota Vikings. Dallas scored a franchise-record 33 unanswered points in the fourth quarter en route to a 54-19 triumph, and Minnesota erased a 33-point deficit to complete the biggest comeback in NFL history.

Need your fill on daily Colts’ content? Head over to the Locked On Colts’ YouTube channel where Horseshoe Huddle’s Jake Arthur and Zach Hicks hit on all the major topics surrounding this team. Hit that subscribe button while you are there!

The Breakaway League That Won