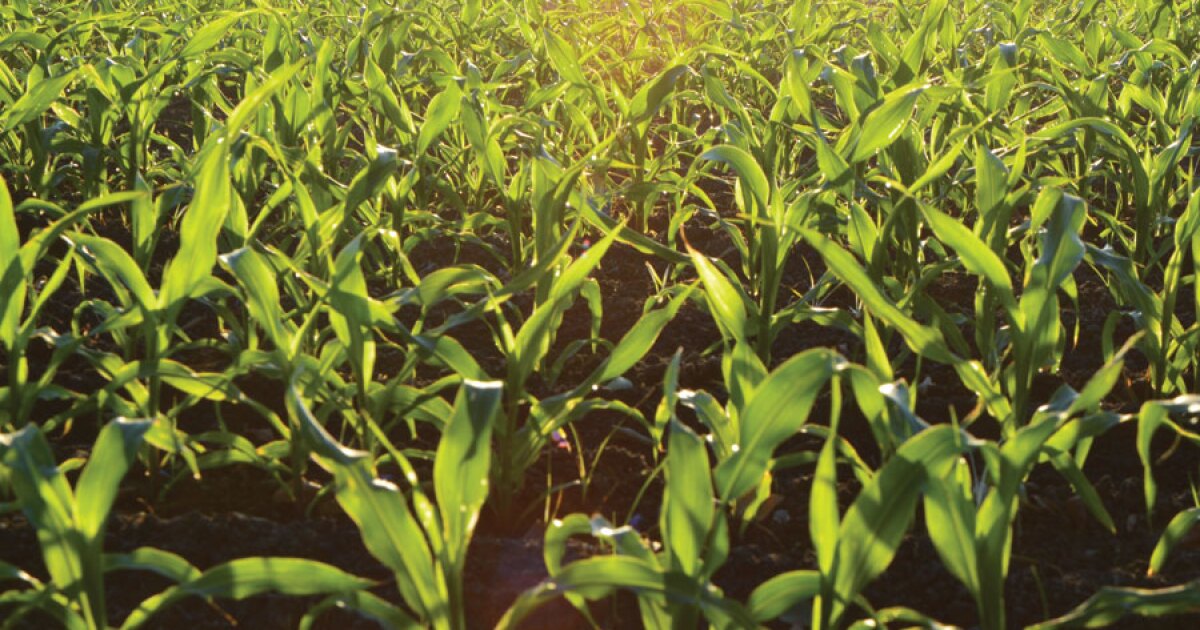 A Chicago-based group with ties to central Illinois established to promote “regenerative” organic agriculture has issued a new study showing a link between regenerative farming, soil health and human health.

Basil’s Harvest was founded in 2019 by Erin Meyers, a Farmington native who raised her family on a farm in Brimfield. Meyers owned an organic restaurant in Elmwood– also called Basil’s Harvest– and is currently aligned with HEAL, which provides home health care and tele-health options for Illinois residents. As a registered dietician, Meyers also worked with OSF HealthCare on their farm-to-hospital food initiative.

Basil Harvest’s study, while largely technical in nature, breaks down the modern science behind what agriculturists have known for decades: healthy soils produce healthy foods, and the key to healthier soils lies in maintaining or increasing a farm’s soil organic matter (SOM).

“Soils managed through reduced tillage and utilization of diverse cover crop strategies, such as those that include legumes incorporated with a small grain (i.e., winter wheat), have greater potential to increase both soil organic matter and plant available nitrogen pools,” according to a summary of the six-page study.

In layman’s terms, Meyers and Basil’s Harvest believes that the health of the soil in a community is connected to the health of people in the community. The group’s new study shows that adoption of regenerative farming practices and climate-smart agriculture can provide benefits to human health, animal welfare, the environment and farm income while providing systemic change.

“We work to build ecosystems– we convene across food systems, farms, institutions and health care to foster strategic and collaborative partnerships to advance farm-to-institution initiatives,” Meyers said in a recent interview with WGLT-WCBU. “We also empower new leadership through research and experiential training.”

The concept of regenerative farming, while not new, is gaining renewed traction due to climate-smart farming funded through the bipartisan Inflation Reduction Act, along with the emergence of carbon sequestration programs offered to producers who can document their soil health stewardship. According to The Climate Reality Project, regenerative farming is an agricultural technique that essentially focuses on the health of the soil more than other types of agriculture.

Carl Rosier, consulting soil scientist for Basil’s Harvest, said there are four ways farmers can practice regenerative agriculture to sequester SOM and carbon within their crop fields. At the top of the list is cover cropping, which involves the planting of an overwintering crop after fall harvest to increase the retention of valuable soil nutrients.

“No-till and cover cropping, along with composting and leaving as much biomass (corn stover and soybean stubble) on the ground as possible are examples of soil building (and regenerative agriculture),” Rosier said. “Next, you must be chemical-free so no pesticides, herbicides or synthetic fertilizers. You’re also working to increase animal welfare and ethical treatment of animals. The fourth tenet has to do with fair labor.”

With more major U.S. and international corporations demanding traceability in its food products and emerging agricultural carbon sequestration programs already beginning to produce payments for farmers, the choice to embrace at least some regenerative farming practices is being made by more and more producers right here in central Illinois– especially those with organic or specialty crop operations.

Withstanding the effects of climate change on North American crop production and lessening supply chain reliance are other reasons climate-smart farmers are doing more to preserve their soils, according to Rosier, who makes his living as a soil microbial biologist for AgroEcology Solutions in Delaware.

“In the age of climate change we’re going to have more severe weather from drought to rain, and coupled with the supply chain challenges that we’ve seen with the Covid-19 pandemic and the most recent threat of a rail strike– along with Avian flu– it’s been very challenging for farmers to get the liquid nitrogen fertilizer they need. We’ve also seen a dramatic increase in nitrogen fertilizer (prices) since the unrest in Europe,” he said, adding that the depopulation of millions of laying hens due to highly pathogenic avian influenza (HPAI) has also led to less availability of fresh manure that poultry farmers can use as fertilizer or sell to other farmers.

“You may be faced in the not too distant future with a reduced capacity to obtain nitrogen fertilizer. If you have soils with high organic matter, you will get a boost of almost 40 pounds of nitrogen per acre, we calculated. If you add a legume (cover crop) into that you will get a boost of around another 30 pounds. Then you are on your way to not needing as much (synthetic fertilizer),” Rosier added.

Anatomy of the report

To examine the connections between farm, food and health systems, Basil’s Harvest partnered with Agroecology Solutions, Rodale Institute Midwest Organic Center and the Bionutrient Institute to measure ecological impacts of regenerative agriculture. The study assessed SOM and plant-available nitrogen (PAN) dynamics at Janie’s Farm, a 25-year organic operation in Danforth, Janie’s Farm 2 (15 year organic), Cow Creek Organics Farm in Paxton (2 year organic) and Janie’s Farm-Cullum Field, which was in its first year of transitioning to organic. The research goal was to gain a greater understanding of the linkages between farm management practices and critical soil characteristics essential to crop productivity.

“As we consider ways to improve soils through organic management, this study measured PAN and explored, ‘How can PAN be maintained when eliminating commercial nitrogen fertilizer in organic production, while also improving SOM?’” the researchers said, in a summary of the report. “In our study, we observed significantly greater nitrate concentrations in both the 25 and 15-year organic farm soils (Figure 3B). Several studies suggest that the combination of legume cover-crops intercropped with a small grain, usage of animal manures, and reduced tillage increases soil nitrate concentrations.”

The study concluded that the 25-year farm maintained the highest concentrations of both SOM and PAN, likely due to reduction of tillage, diverse crop rotations and use of legume cover-crops. It also found that SOM concentrations of more than five percent can provide more than 50 pounds of PAN through microbial mineralization.

“The next step in our research is to dive deeper into the linkages between how farm management practices influence soil health and nutrient density of crops, and how consumption of food grown in these ways can positively impact human health,” according to the study authors.

“Our future directions also aim to translate the cumulative data into a useful tool(s) for farmers as they consider the transition from conventional to organic farm management practices. By fostering sustainable changes in our regional food systems, we are ultimately promoting a more healthful, equitable and resilient food system that connects the health of people, farms and soil.”

A link to the Basil’s Harvest regenerative farming study can be accessed here: tinyurl.com/2022BHSoilSummary. For more information on Basil’s Harvest, visit www.BasilsHarvest.org.

We depend on your support to keep telling stories like this one. You – together with NPR donors across the country – create a more informed public. Fact by fact, story by story. Please take a moment to donate now and fund the local news our community needs. Your support truly makes a difference.

Bath & Body Works CEO to Step Down for Health Reasons