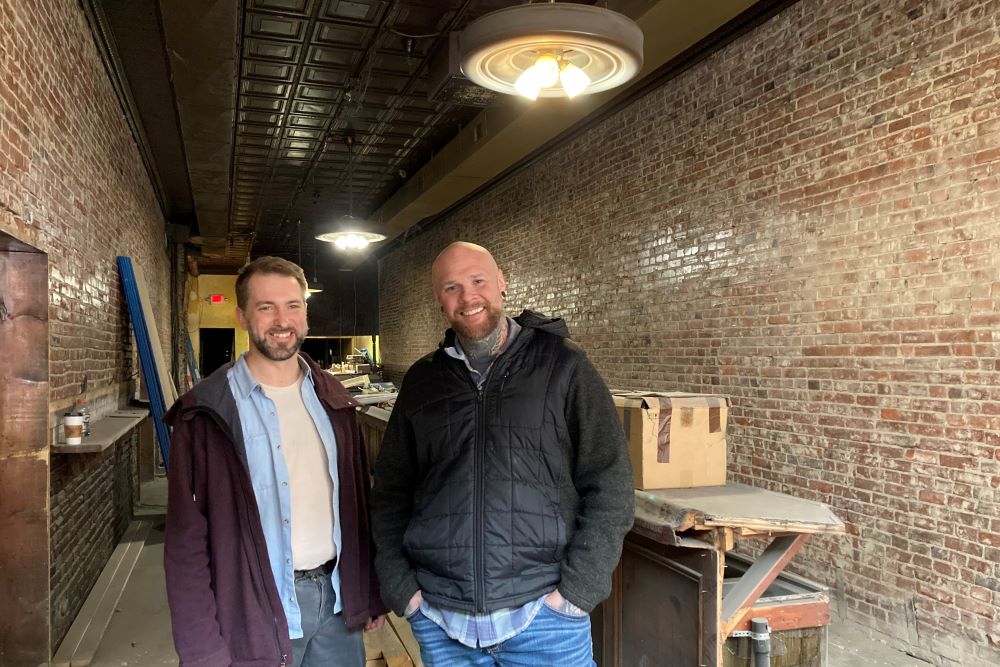 By the end of spring or early summer, they hope to open Fat Cat at neighboring 520 E. Ohio St., formerly known as JR’s Bar.

The first floor would be a ‘70s-inspired hangout with playful, approachable and affordably priced fare, draft beer, mix-and-match six-packs, frozen cocktails and mocktails, retro games and a Steelers Shuttle that would transport football fans to Acrisure Stadium.

Shortly after the eatery opens, Fat Cat Music Hall would debut to host bands, a bluegrass night, drag brunches, comedy acts and other performers. It would have its own bar and a menu featuring charcuterie.

“This neighborhood needs live music. A hole was left when James Street closed,” says Hughes, referring to the former James Street Gastropub & Speakeasy a few blocks away. The North Side institution closed in 2017.

Sound-proofing material has already been installed to cut down on any noise. 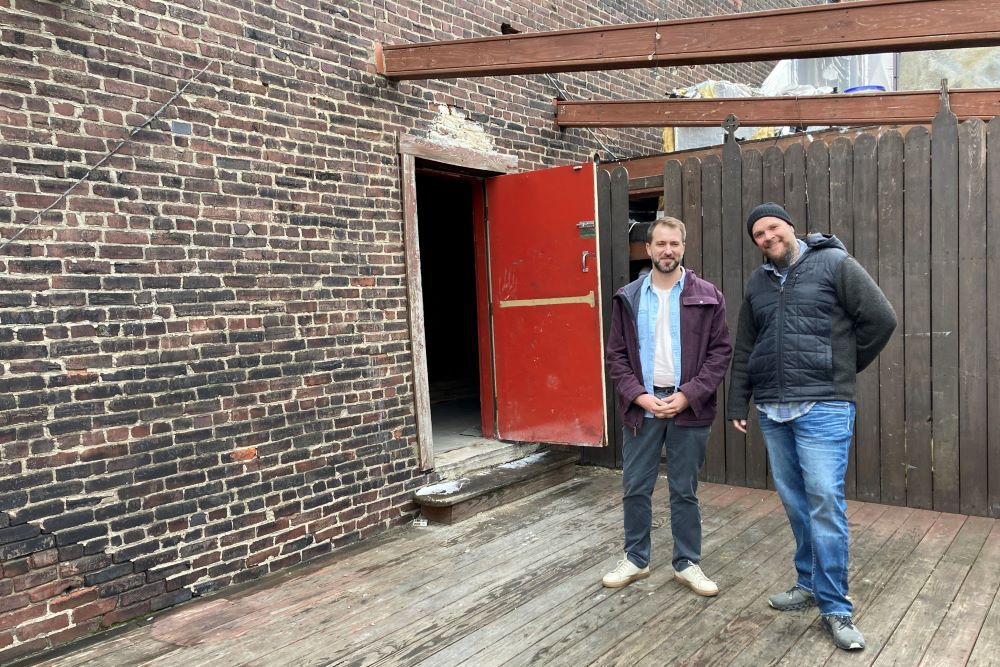 Guests would also be able to play bocce ball on a second-floor deck overlooking Fig & Ash’s four-season courtyard and there’s room for expansion on the third level.

Hughes and Feltovich, who, in addition to being business partners are brothers-in-law, have construction crews gutting the 150-year-old building and bringing the interior back to its original glory with exposed brick, tin ceiling and ornate woodwork. They kept JR’s mahogany bar, which will have 14 stools.

Customers would order up front and grab a number and a food runner would bring their meals to the 42-seat dining room. Online takeout would also be available.

The Fig & Ash team initially wanted to open a taco or pizza joint at 426 E. Ohio, but decided to switch gears when the 10,000-square-foot JR’s Bar went up for sale. Fat Cat, named in honor of Hughes’ pet, morphed into a broader concept featuring handhelds, munchies and small plates (which would actually be served in paper-lined baskets).

I love music that makes me feel nostalgic. During the pandemic, I’m no longer apologizing for it